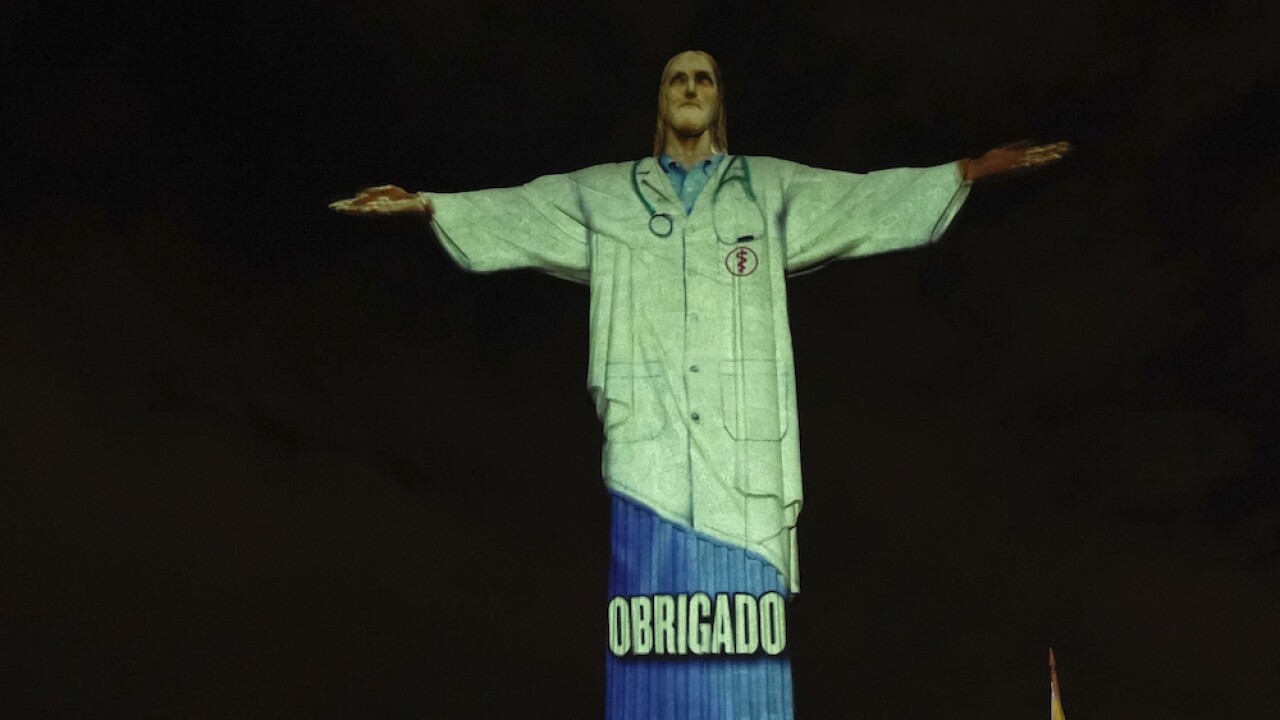 Copyright 2020 The Associated Press. All rights reserved.
Silvia Izquierdo/AP
Rio's Christ the Redeemer statue is lit up in the likeness of a doctor and with the word "Thanks" projected in Portuguese, during an Easter service, in the midst of the new coronavirus pandemic, Rio de Janeiro, Brazil, Sunday, April 12, 2020. (AP Photo/Silvia Izquierdo)

One of Brazil's most iconic landmarks was illuminated in honor of health care workers and doctors on Easter Sunday.

"Christ the Redeemer," the 100-foot-tall statue of Jesus that sits atop a mountain overlooking Rio de Janeiro, was transformed via projection floodlights to include scrubs, a white doctor's coat, and a stethoscope.

The image also included the word "obrigado" — the Portuguese word for "thanks."

Throughout the night, the statue also was illuminated with photos of real health care workers and with the flags of countries from around the world.

According to CNN, the light show was part of a mass, celebrated by the city's archbishop, Dom Orani Tempesta, which was dedicated to medical workers.

The statue has already paid tribute to the coronavirus pandemic in recent weeks, as the statue was lit up in the flags of countries affected by the outbreak.