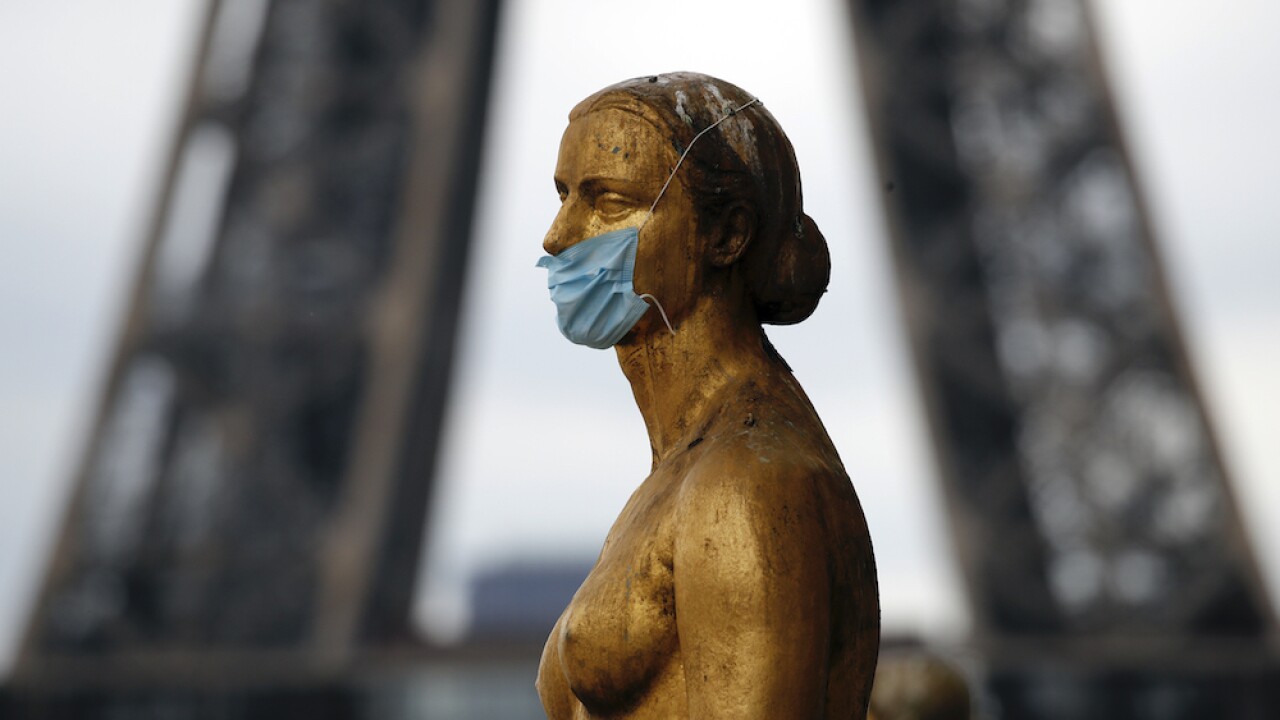 Copyright 2020 The Associated Press. All rights reserved
Christophe Ena/AP
A statue wears a mask along Trocadero square close to the Eiffel Tower in Paris, Monday, May 4, 2020. France continues to be under an extended stay-at-home order until May 11 in an attempt to slow the spread of the COVID-19 pandemic. (AP Photo/Christophe Ena)

LONDON — French scientists say they may have identified a possible case of the new coronavirus dating back to December.

That was about a month before the first cases were officially confirmed in Europe.

In a study published on Sunday, doctors at a hospital north of Paris reviewed the medical records and samples of 14 patients admitted for atypical pneumonia between early December and mid-January. Among those was a 42-year-old fishmonger who had lived in France for years and had no recent travel history.

He was admitted to the hospital with symptoms doctors say were consistent with COVID-19 patients in China and Italy.