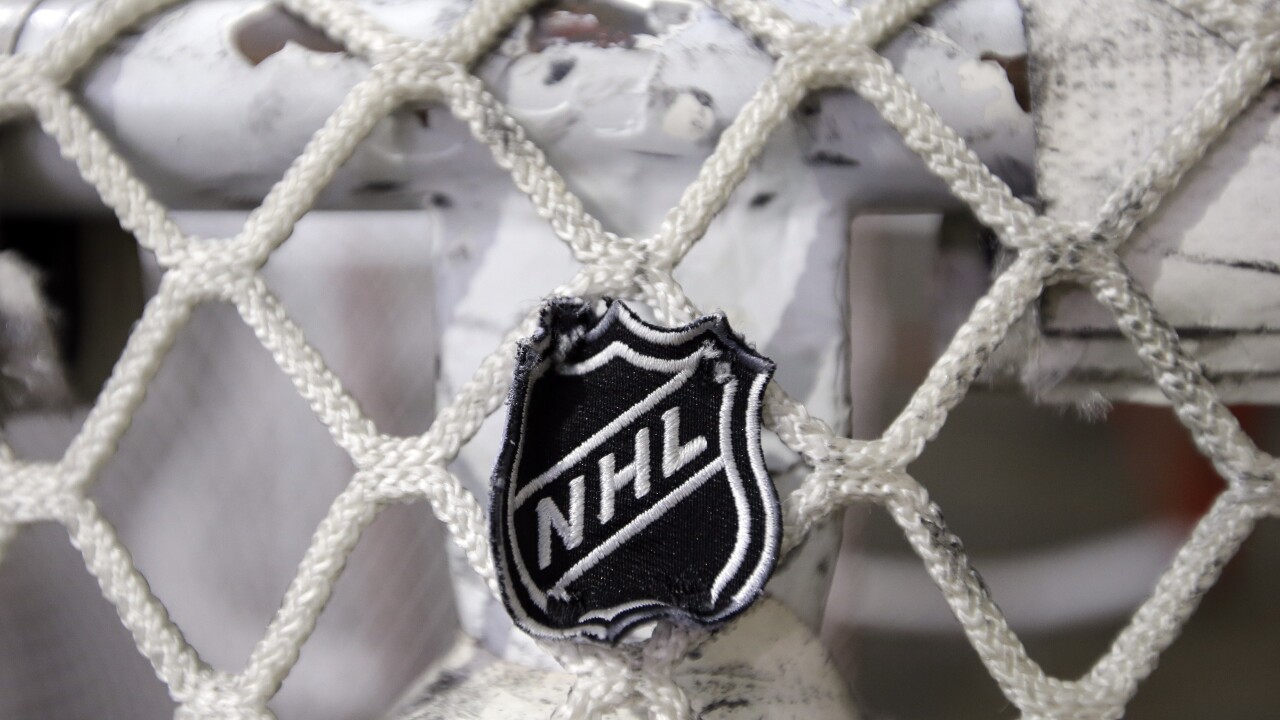 Mark Humphrey/AP
FILE - In this file photo taken Sept. 17, 2012, the NHL logo is seen on a goal at a Nashville Predators practice rink in Nashville, Tenn. The NHL eliminated 16 more days from the regular-season schedule Monday, Dec. 10, 2012, and if a deal with the players' association isn't reached soon the whole season could be lost. The league wiped out all games through Dec. 30 in its latest round of cancellations. Negotiations between the league and the players' association broke off last week, but NHL deputy commissioner Bill Daly said Sunday the sides are trying to restart talks this week. (AP Photo/Mark Humphrey, file)

As the NHL went into what it calls “Phase 2” of its plans to resume the 2019-20 season, the league announced that 23 players tested positive for the coronavirus.

So far, the league has administered a total of 2,900 tests, with 396 having been tested so far.

The tests have been administered to players representing 24 of 31 teams who will participate in the league’s postseason.

The league said it will not identify those who test positive for the virus.

The league suspended play in mid-March in an effort to help stop the spread of the virus. The league left off as most teams played roughly 70 games of an 82-game schedule.

Days after the league’s shutdown, an Ottawa Senators player became the first player to test positive for the virus.

When the league resumes, a tournament be held to conclude the season with games played between two “hub cities.” With coronavirus cases declining in Canada while still on the rise in the US, it is likely the NHL will conclude its season north of the border.