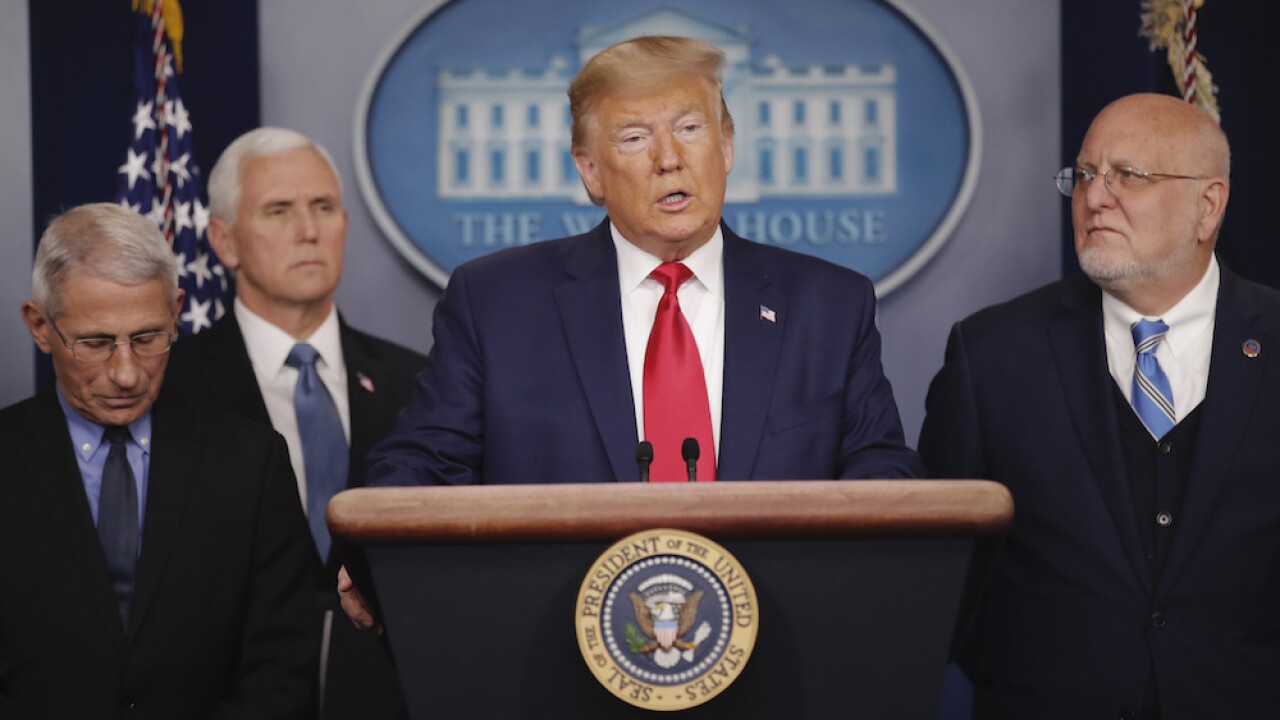 President Donald Trump held a previously unscheduled press briefing at the White House on Friday to unveil Centers for Disease Control and Prevention guidance on reopening places of worship, classifying them as "essential."

Dr. Deborah Birx, the coordinator for the White House's coronavirus task force, reiterated that it is possible for people to social distance properly in places of worship. She also said that religious leaders should remain in contact with local health officials when setting policy.

When asked directly if she thought it was safe to reopen churches and other places of worship, White House Press Secretary Kayleigh McEnany said it is safe if those institutions follow CDC guidelines.

Earlier this week, the CDC released guidance on reopening child care centers, schools, restaurants, mass transit systems and other businesses. Churches were not part of that guidance.

The CDC's release came as all states had already begun the process of reopening their economies.

Earlier this month, The Associated Press reported that top Trump administration officials had shelved documents that offered advice on reopening the country, saying that the recommendations wouldn't "see the light of day."