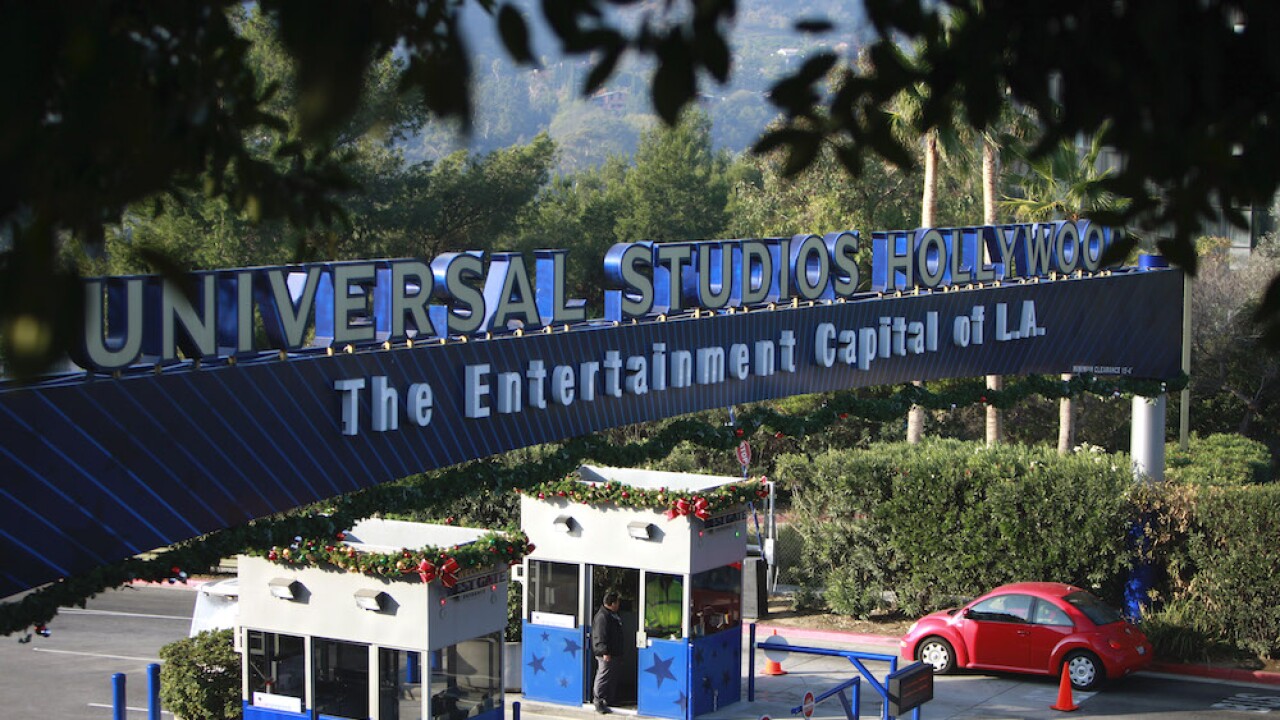 The entrance to the Universal Studios theme park in Los Angeles, Thursday, Dec. 3, 2009. Comcast said Thursday Dec. 3, 2009 it will put up $6.5 billion in cash and $7.25 billion in assets to buy 51 percent of NBC Universal from General Electric Co. That means the biggest U.S. cable TV provider would control the NBC and Telemundo networks, about two dozen cable channels and the Universal movie studio and theme parks. (AP Photo/Jae C. Hong)

Universal Studios is the latest entertainment venue to shut down amid the coronavirus pandemic.

Both the Hollywood and Orlando theme parks confirmed on their Twitter accounts that they would be temporarily shutting down.

Stores surrounding each theme park remain open. Both theme parks say they have "flexible programs" for those who have already booked trips to the theme parks.

Universal Studios follows in the footsteps of Disney, which closed both Disney World and Disneyland due to the pandemic on Thursday.