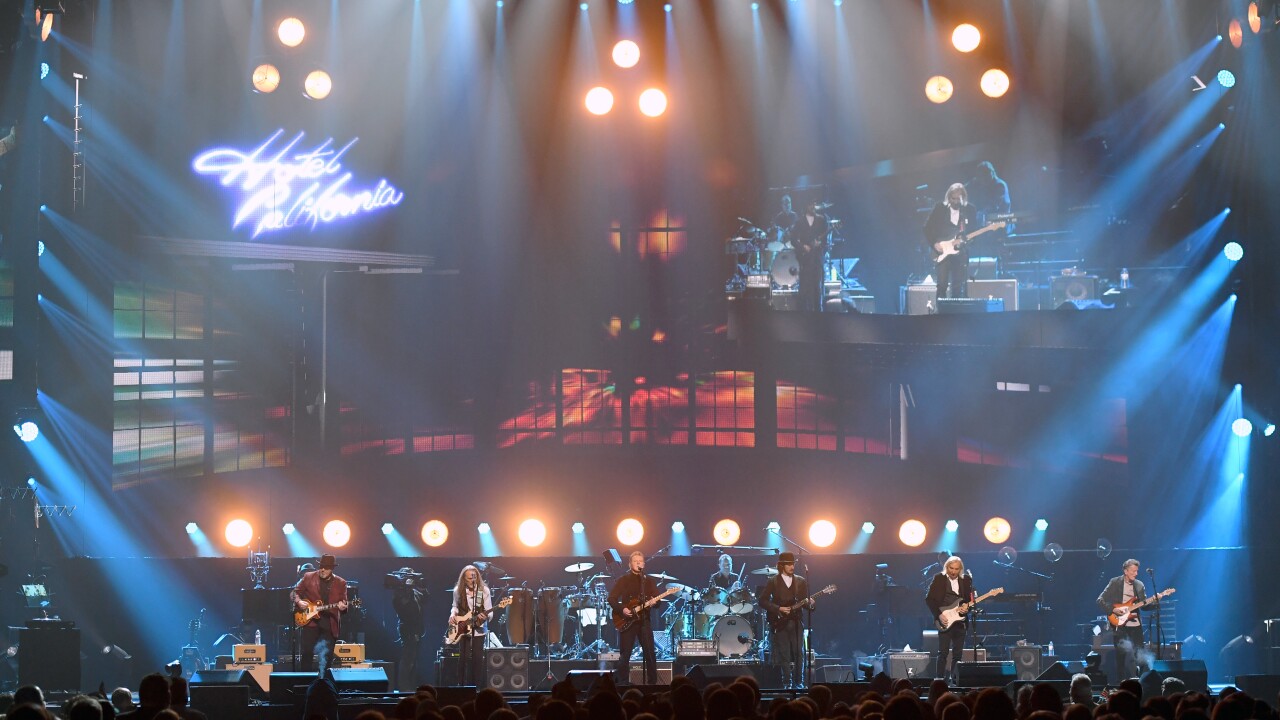 The Eagles will perform their iconic “Hotel California” album in its entirety while on tour in 2020.

Each night, Don Henley, Joe Walsh, Timothy B. Schmit, Deacon Frey and Vince Gill will play the songs from the album from beginning to end with an accompanying orchestra and choir.

Afterwards, the American rock band will perform an additional set of their greatest hits.

The shows are scheduled to begin at 8 p.m., with a brief intermission.

Tickets go on sale beginning Friday, Oct. 18 at 10 a.m. via Ticketmaster. All times are local. American Express card members can buy tickets before the general public beginning Monday, Oct. 14 at 10 a.m. through Thursday, Oct. 17 at 10 p.m.

“With no exception, the songs have aged well, but how could they fail with the Eagles’ five-part harmony and five guitar-approach…” wrote the magazine. “(Henley’s) voice sounded as strong and pliant as it ever has, easily hitting the highest of notes, while retaining his trademark huskiness."