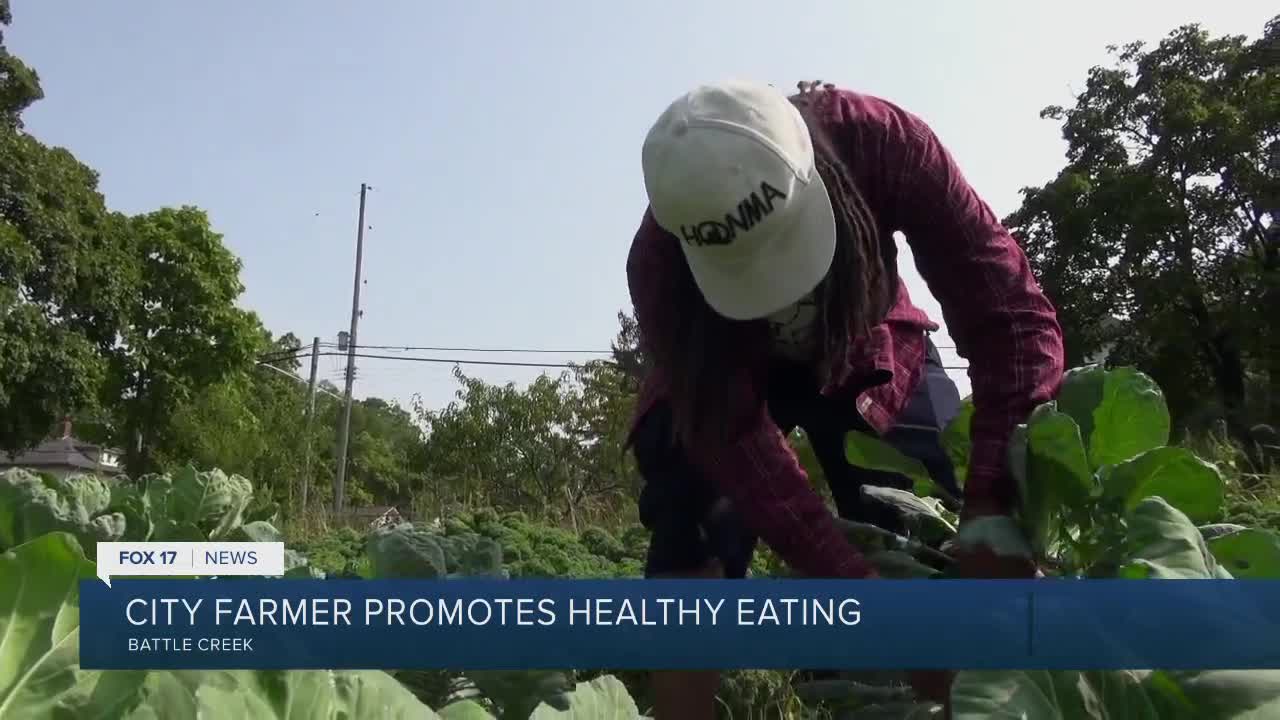 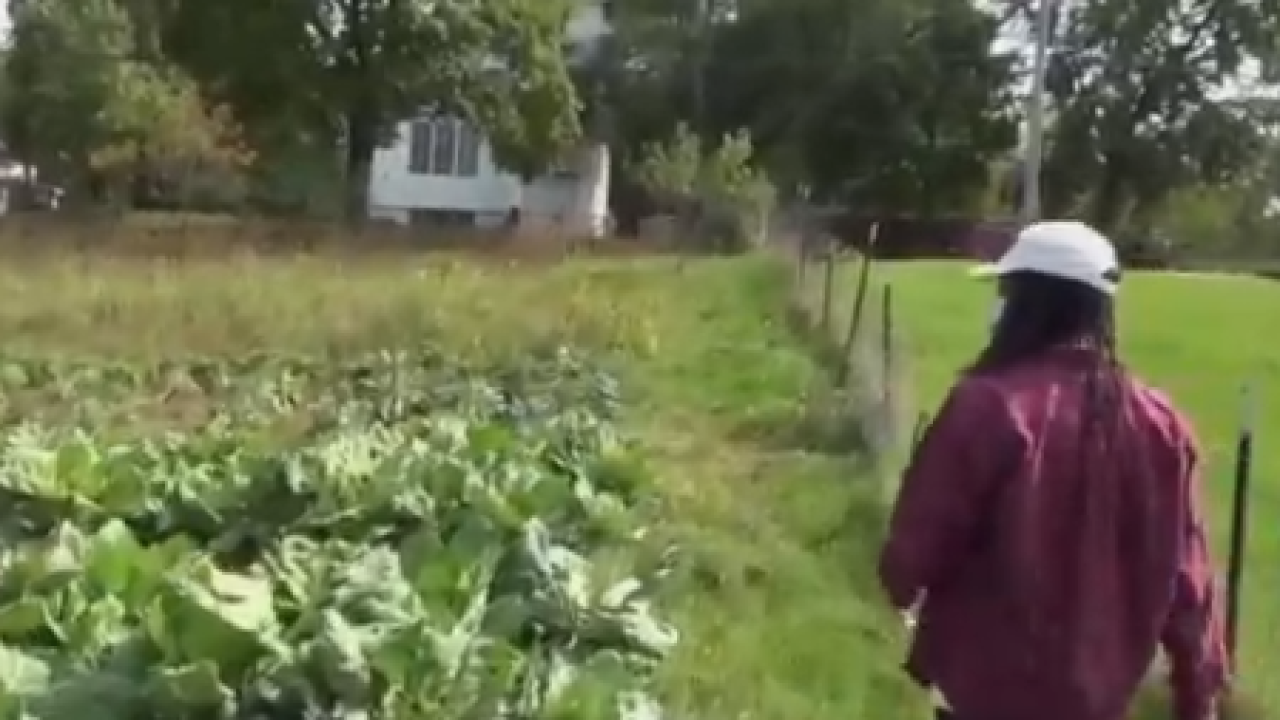 BATTLE CREEK, Mich. — When Devon Wilson purchased two acres of land on Kendall Street in late June, one of the first things he did was invite people to see it and give them space to grieve.

George Floyd had just been killed in Minneapolis and his death sparked global and nationwide protest, including a few in southwest Michigan.

“One of the first things I did was invite the community to come here in order to use a lot of that anger and hurt that we were feeling in our hearts and that passion that we were feeling in a good way,” Wilson said during an interview on Tuesday September 15. “We can sit out here and protest in the streets and that’s needed too. But, at the end of the day, we also got to perform some tangible action that’s going to create something that’s empowering.”

For the 23-year-old, that’s food and nutrition education. Since June, Wilson and others have transformed the land into Sunlight Gardens, a farm where they now grow kale, collard greens, Brussels sprouts, tomatoes, peppers and other vegetables and leafy greens.

“When you eat healthy, you get your body right. You get your mind right,” Wilson said, while wearing a blingy necklace that read "farmer."

“It’s very foundational. This is where I’m starting my work is with the farming because this is building a foundation that our community can build ourselves up on.”

Wilson said one of his goals is to teach inner-city communities how to grow their own foods so people aren’t always relying on groceries stores to get their foods. He said the coronavirus pandemic, and the food insecurity that rose because of it, reaffirmed for him the significance of communities becoming self-reliant.

Wilson began learning about being resourceful and food and nutrition after years of eating unhealthy. He said he grew up in a food desert, less than a mile away from where the farm is today.

“It’s only liquor stores and corner stores that are around here. I loved food. I was a chubby kid. I loved to eat a lot,” Wilson said. “I would go to the liquor store and buy hot Cheetos and Honey Buns and that’s what I ate.”

He said he loved the taste of it. However, it wasn’t nutritional. And when he researched and learned at 16 years old about farming history and how it was rooted in slavery, it spurred him even more to eat right.

“We have always been genius-level farmers,” Wilson said. “So, I’m just continuing that heritage. I feel my ancestors walking through me, always affirming me to do this work.”

He’s grateful that grants from the Battle Creek Foundation and the Michigan Good Food Fund have allowed him to do the work. He envisions the farm one day being solar powered, and a place where kids not only learn how to purify water but can listen to music and talk about fashion.

In the meantime, he’s focused on farming and food education and hopes it inspires people to be resourceful and take care of themselves.

“When you think about farming right now, a lot of times the image that you get is kind of like old, white man on a tractor in the big field, in the country. And none of that’s happening here,” Wilson said. “We pride ourselves in being the people that are shaping the culture of farming and taking it back and making it ours again.”

This story originally reported by Lauren Edwards on FOX17online.com.