GALLERY: Here are the victims of the Tennessee tornadoes 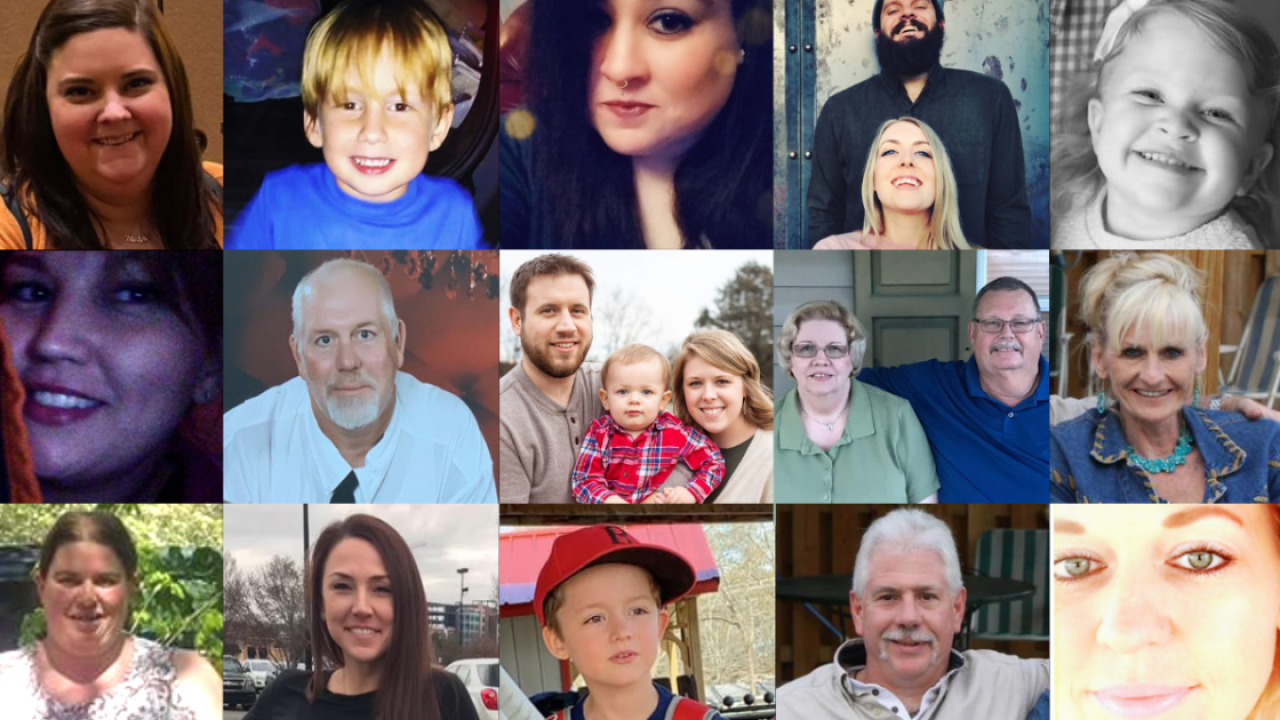 NASHVILLE, Tenn. – Several people were killed in a tornado outbreak in Middle Tennessee this week.

Multiple tornadoes ripped through the area, devastating communities and killing a total of 25 people.

One of the twisters passed through three counties. The long-track tornado passed through Davidson, Wilson and Smith counties early Tuesday morning, according to the National Weather Service.

Here are the names and photos of 21 of the victims:

This story was originally published by staff at WTVF.