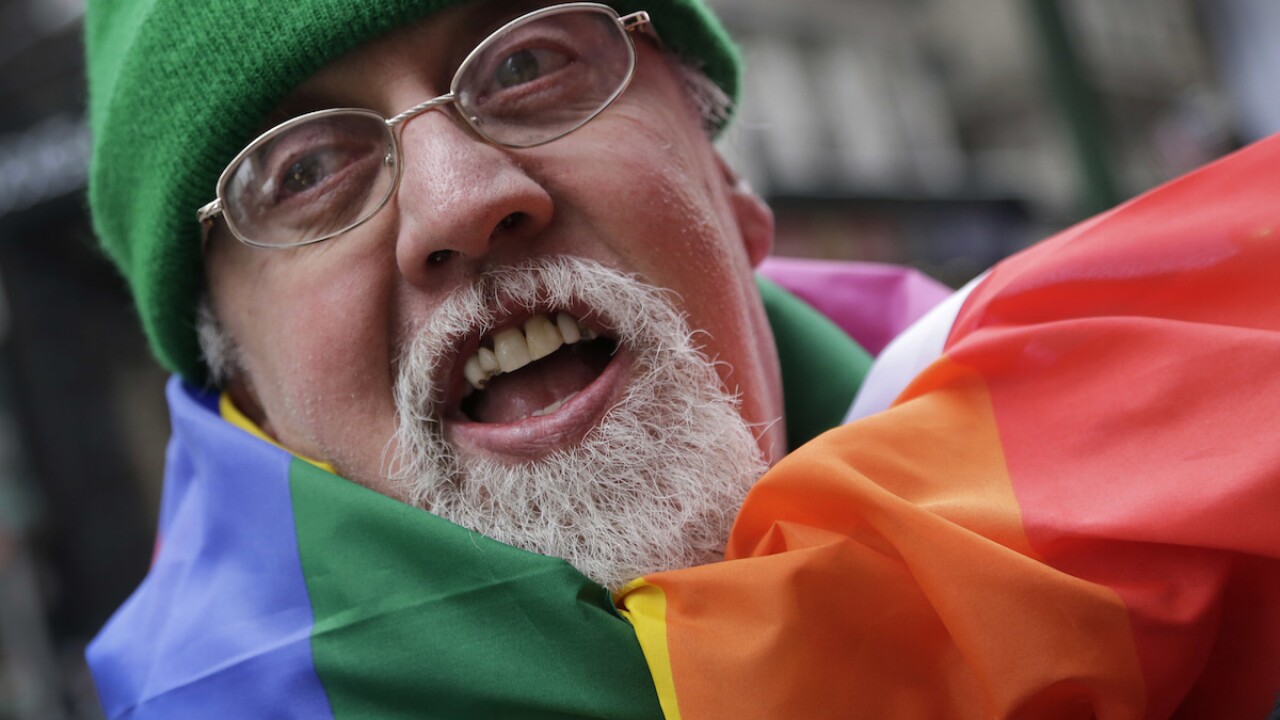 AP2014
Mark Lennihan/ASSOCIATED PRESS
FILE - In this Monday, March 17, 2014 file photo, artist Gilbert Baker, designer of the Rainbow Flag, is draped with the flag while protesting at the St. Patrick's Day parade in New York. Baker, creator of the flag that has become a widely recognized symbol of gay rights, has died at age 65. His death was reported Friday, March 31, 2017 to the New York City medical examiner’s office. (AP Photo/Mark Lennihan)

Since 1978, the rainbow flag has been a symbol of pride for the LGBTQ community.

According to the Britannica , politician Harvey Milk, who was also the first openly gay elected official in the history of California, urged Baker to create "a powerful symbol for the gay community."

Baker came up with a flag because "because he saw flags as the most powerful symbol of pride," the Britannica said.

Each color of the flag, Baker said , represents a specific meaning:

The flag has been redesigned throughout the years.

In 2017, a flag was unveiled at an event in Philadelphia. The redesigned flag included black and brown stripes that represented LGBT individuals of color, CNN reported.

shout out to alex velez for reppin' gran varones today at the philadelphia pride kick-off event. thanks @PhillyLGBTgov for inviting gv! 🌈❤️ pic.twitter.com/bSk4TJ9y5k