Authorities voted this month to keep it in place 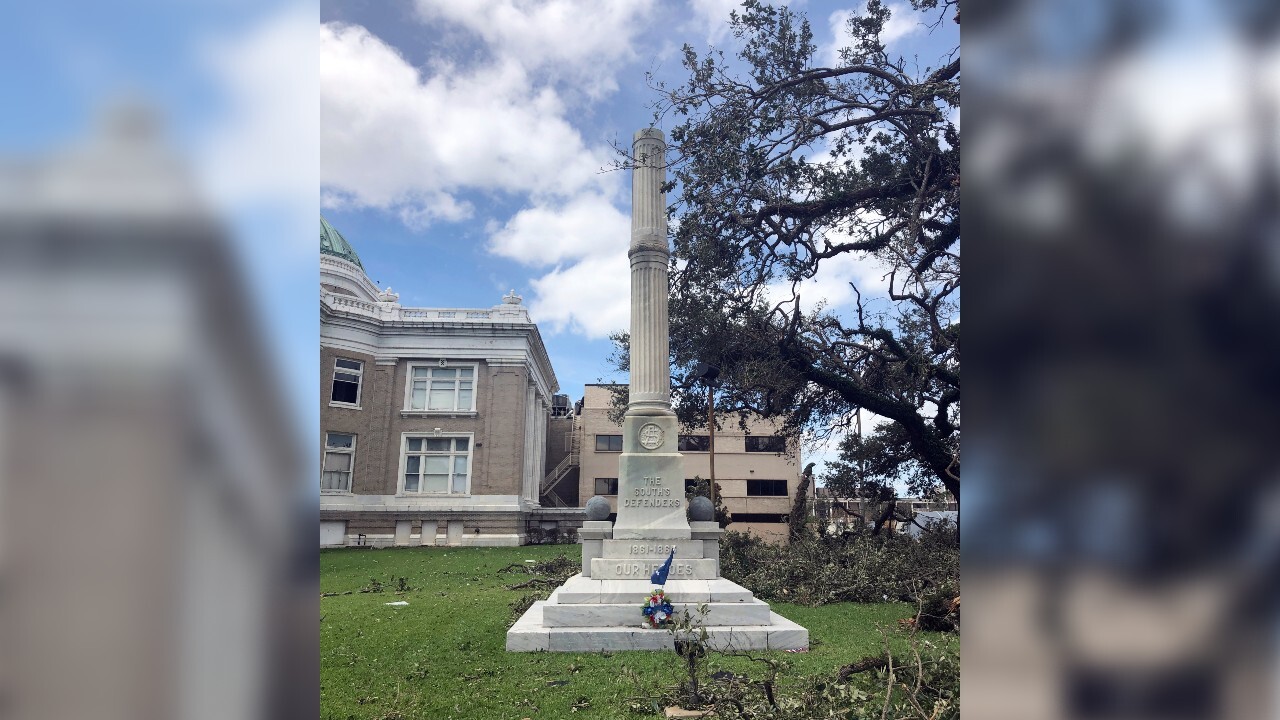 AP Photo/Melinda Deslatte
A statue of a Confederate soldier, called the South's Defenders Monument, used to stand on top of this now-empty pedestal in front of a courthouse in Lake Charles, La., Thursday, Aug. 27, 2020. The statue was toppled when Hurricane Laura ripped through the area. Earlier this month parish officials voted to keep the statue in its place.<br/> 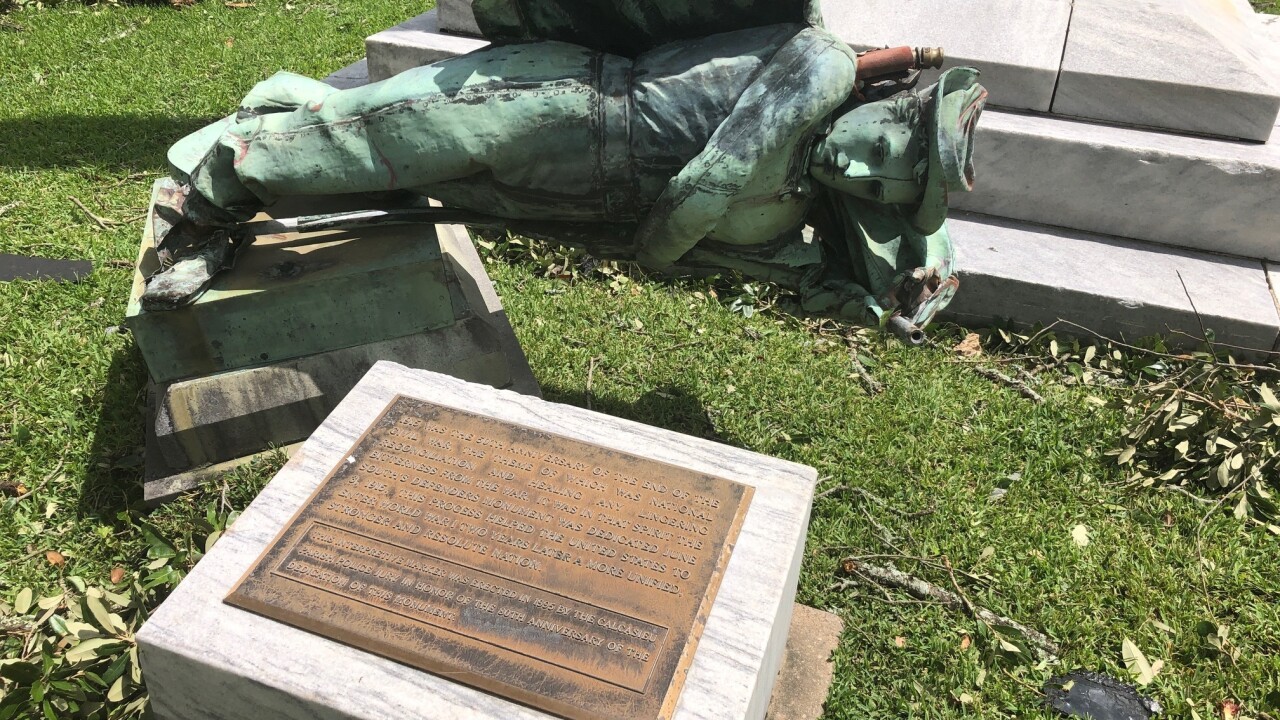 The South’s Defenders monument has stood since 1915 outside a courthouse in Lake Charles, Louisiana, where local authorities voted 10-4 this month to keep it in place.

The statue was reportedly erected to honor Confederate soldiers from the area and other towns across the South. Critics call it a symbol of racism that glorifies slavery.

But a Calcasieu Parish official said they asked for public comments, and got 878 written responses against relocating the monument, and only 67 in favor of moving it.

Now the pedestal is empty, and the Confederate statue is in pieces on the ground, victim to a Category 4 hurricane that struck the city early Thursday.