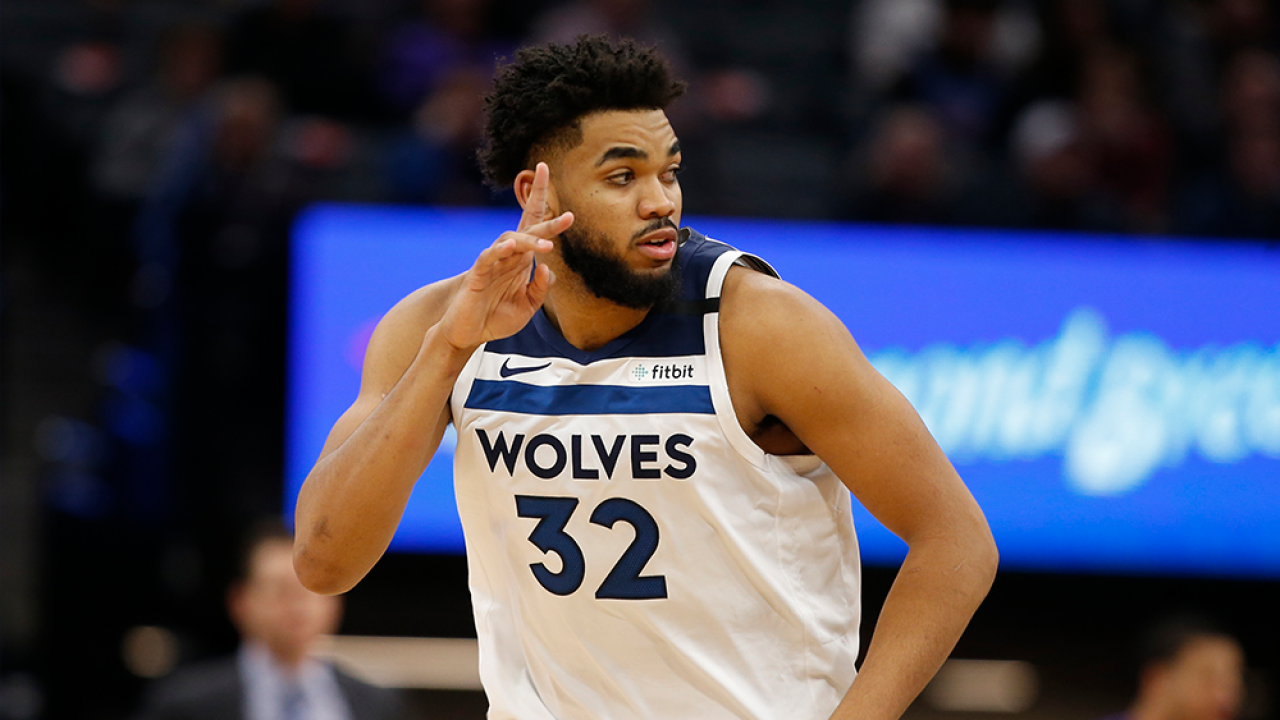 An NBA star says his mother is fighting for her life at the hospital from COVID-19.

Minnesota Timberwolves Karl-Anthony Towns delivered an emotional announcement on social media Wednesday morning. In the social media post, Towns explained that his parents weren't feeling well and the NBA star urged them to go to the hospital.

His father, Karl Sr., was eventually released from the hospital. The younger Towns, however, explained in the video that his mother, Jacqueline, had to stay at the hospital and her health began deteriorating.

"Things went sideways quick and her lungs were extremely getting worse," the NBA star said in the video. "She had to be put on a ventilator."

Towns later revealed in the video that his mother is currently in a medically-induced coma.

Sharing my story in the hopes that everyone stays at home! We need more equipment and we need to help those medical personnel on the front lines. Thank you to the medical staff who are helping my mom. You are all the true heroes! Praying for all of us at this difficult time.

He went on to urge fans to take the virus and the pandemic seriously.

"This disease needs to not be taken lightly," Towns said. "Please protect your families, your loved ones, friends, yourself... practice social distancing. Please don't go be in places where there are a lot of people.

A little more than a week before he announced his mother's deteriorating health conditions, Towns had pledged to donate $100,000 to the Mayo Clinic.

"My hope is that we can fight this virus quicker and more efficiently by increasing the testing capabilities and availability and Mayo Clinic’s overall COVID-19 response," Towns said in a Mar. 15 Instagram post.

@MayoClinic has begun rolling out a test to detect the virus that causes COVID-19. My hope is that we can fight this virus quicker and more efficiently by increasing the testing capabilities and availability and Mayo Clinic’s overall COVID-19 response. This is why I will be donating $100K to support these efforts. Thank you to the Mayo Clinic workers and all healthcare workers who are working around the clock to treat us. You are our heroes. We’re all in this together, let’s protect ourselves and the community around us.

The 2019-2020 NBA season is currently suspended after one of the league's players -- later identified as Utah Jazz star Rudy Gobert -- tested positive for coronavirus. Since the season suspension, several other NBA players, such as Gobert's teammate Donovan Mitchell, Brooklyn Nets' Kevin Durant and Boston Celtics' Marcus Smart, have also tested positive for the virus.