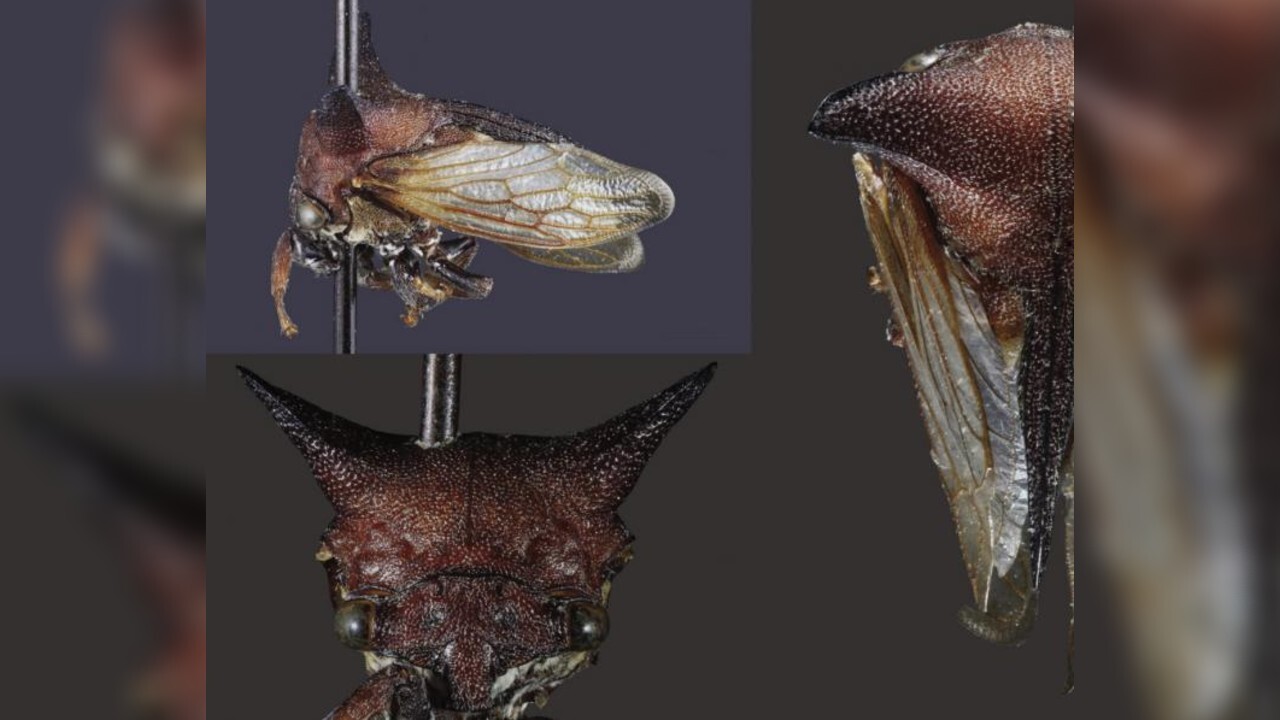 Brendan Morris, who studies entomology at the University of Illinois, named the treehopper bug Kaikaia gaga, in honor of the flamboyant artist.

"If there is going to be a Lady Gaga bug, it's going to be a treehopper, because they've got these crazy horns, they have this wacky fashion sense about them," Morris said in a press release. "They're unlike anything you've ever seen before."

Morris says treehoppers are the wackiest, most astonishing bugs most people have never heard of.

And like Gaga, they sing – kind of. Instead of using their mouths, the bugs serenade each other with vibrating plant stems.

Morris says he named the bug after Gaga because he wanted to draw attention to the group of insects.

Morris has tried to extract DNA from his one, 30-year-old specimen, but so far has had no luck. He will travel to Nicaragua to see if he can find any living Kaikaia gaga specimens in the same forest where this one was collected.

In the meantime, Morris is working hard to share his enthusiasm for this largely overlooked bug group, which is found in most forested areas of the planet.

"Treehoppers are wacky, and I think that makes them especially suited to be spokesbugs for the wide range of habitats they use," Morris said.