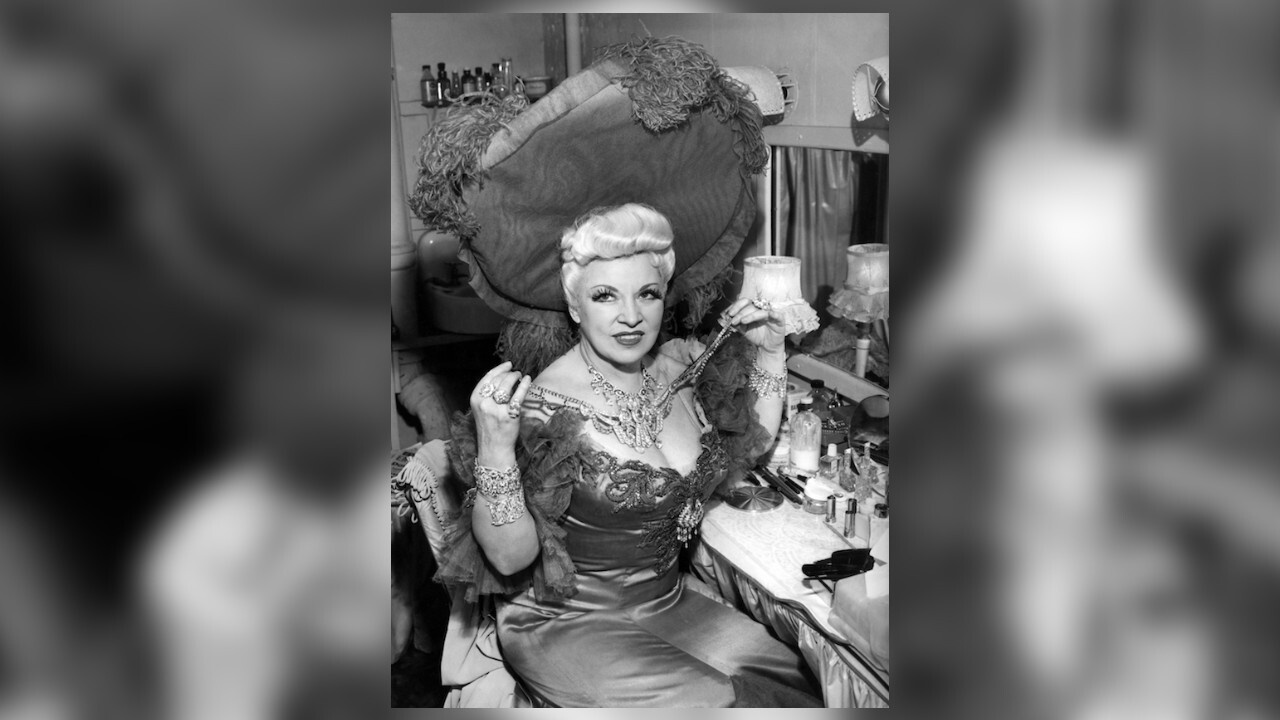 AP
Just before curtain call, Mae West puts on the &quot;prop&quot; diamonds which she wears in Diamond Lil, in her dressing room at the Plymouth Theatre in New York on Dec. 15, 1949. The props are given a value of $2,000. (AP Photo)

Legendary film star Mae West is getting a documentary.

The documentary, "Mae West: Dirty Blonde" will explore the Hollywood legend's life and career, as she "climbed the ladder of success rung by rung to become a writer, performer and subversive agitator for social change," PBS said in a press release.

According to People , performer Bette Midler is an executive producer on the documentary.