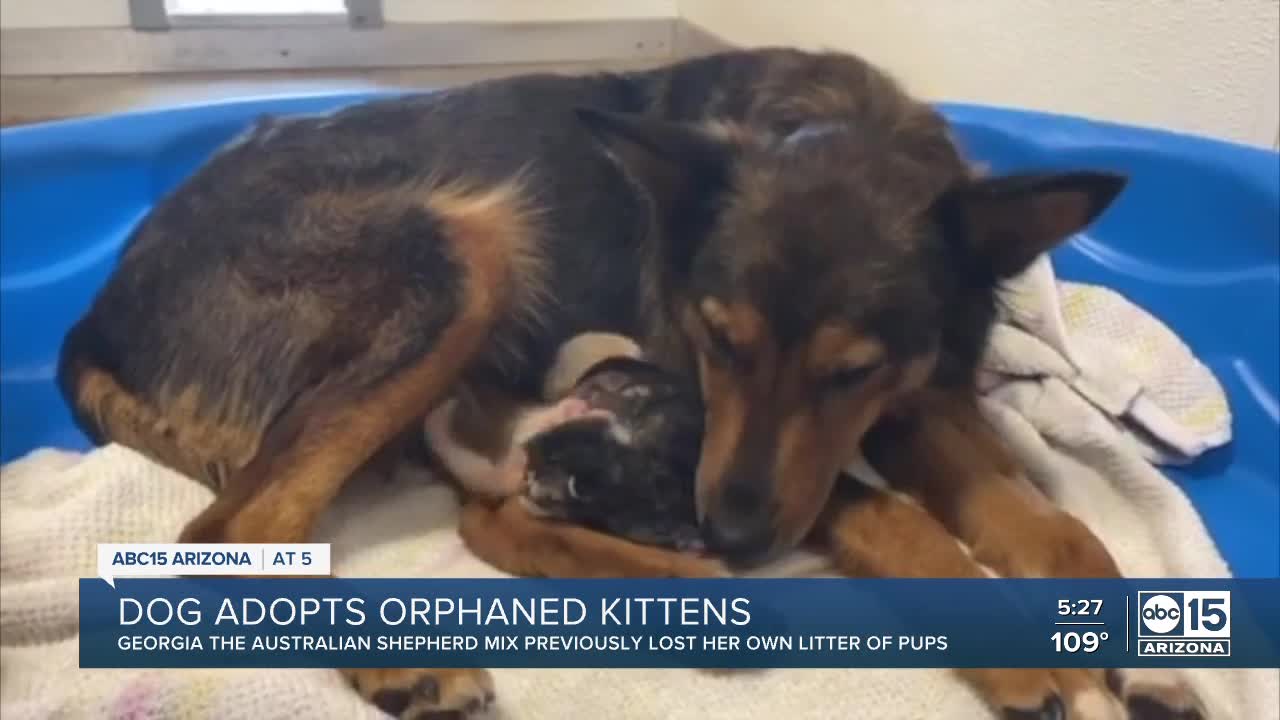 Georgia the Australian Shepherd mix previously lost her own litter of pups. 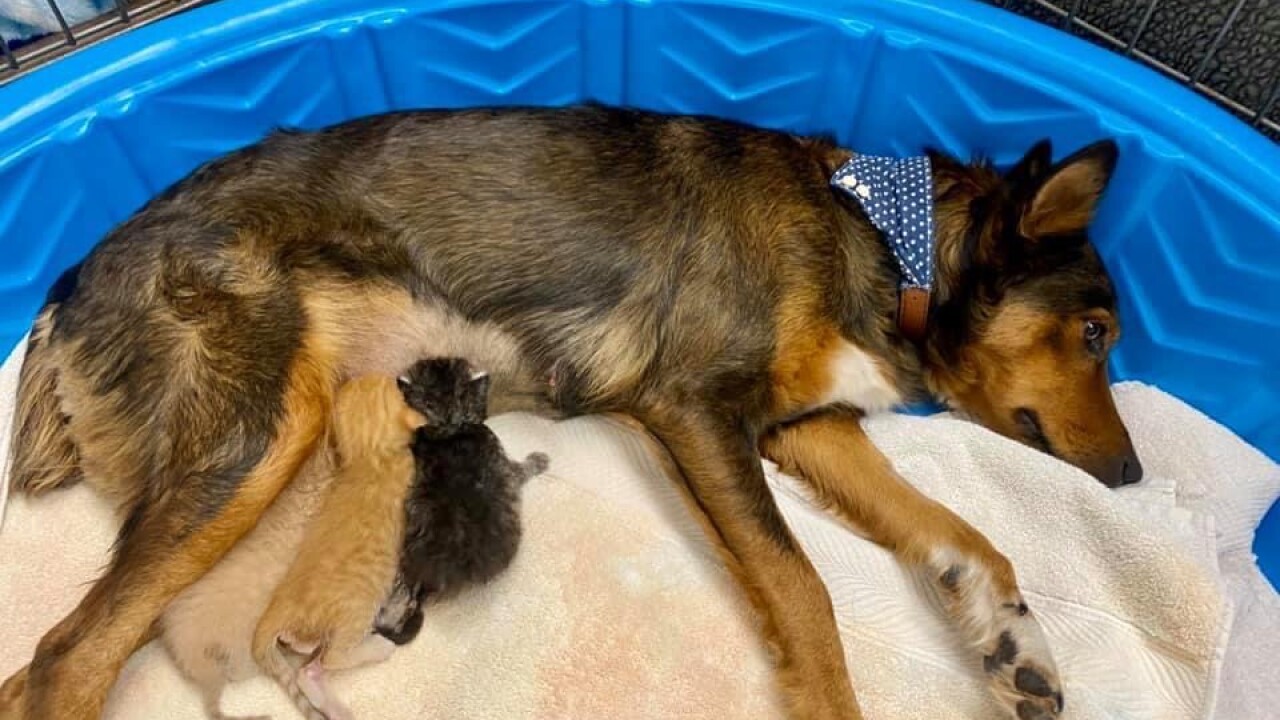 PHOENIX, Ariz. -- Whether you're a cat person or a dog person, this story is sure to warm your heart. It has a sad start, but a heartwarming end.

The Sunshine Dog Rescue based out of Phoenix rescued a dog they have named "Georgia", an Australian Shephard Mix, found living at a gas station near the US-Mexico border, by Rocky Point.

They quickly learned Georgia was pregnant. Sadly, none of Georgia's puppies survived. They were all born prematurely. Anita Osa, founder of Sunshine Dog Rescue, says Georgia was heartbroken after losing all of her babies.

"I've never had a mom dog lose a whole litter before. The best way I could describe it was she was frantic. It was so sad, she was looking for those babies. She tore up the toddler mattress we had her on, trying to find her babies," said Osa.

Hoping to start Georgia down the path of healing, Osa put out a call for help on Facebook, looking for any animals that needed a lactating mother dog. What she ended up with was a trio of newly orphaned kittens, who also needed a mother.

Osa said she initially wondered if a dog would accept kittens as her babies, but she was surprised to see the instant bond they formed.

"I introduced them to her gently. I first bought one out and let her sniff it, and she seemed to accept it, so I brought the others out. It's amazing to see how she instantly calmed down," said Osa.

"I think for the kittens, they have no idea that Georgia is a dog," she added.

Georgia is even allowing her new kitten kids to nurse on her, although her milk production is low.

"They do nurse on her. She cleans them and everything but the bond is strong. It's really something to see, she protects those kittens just as if they were her babies," said Osa.

This story was originally published by Sonu Wasu at KNXV.