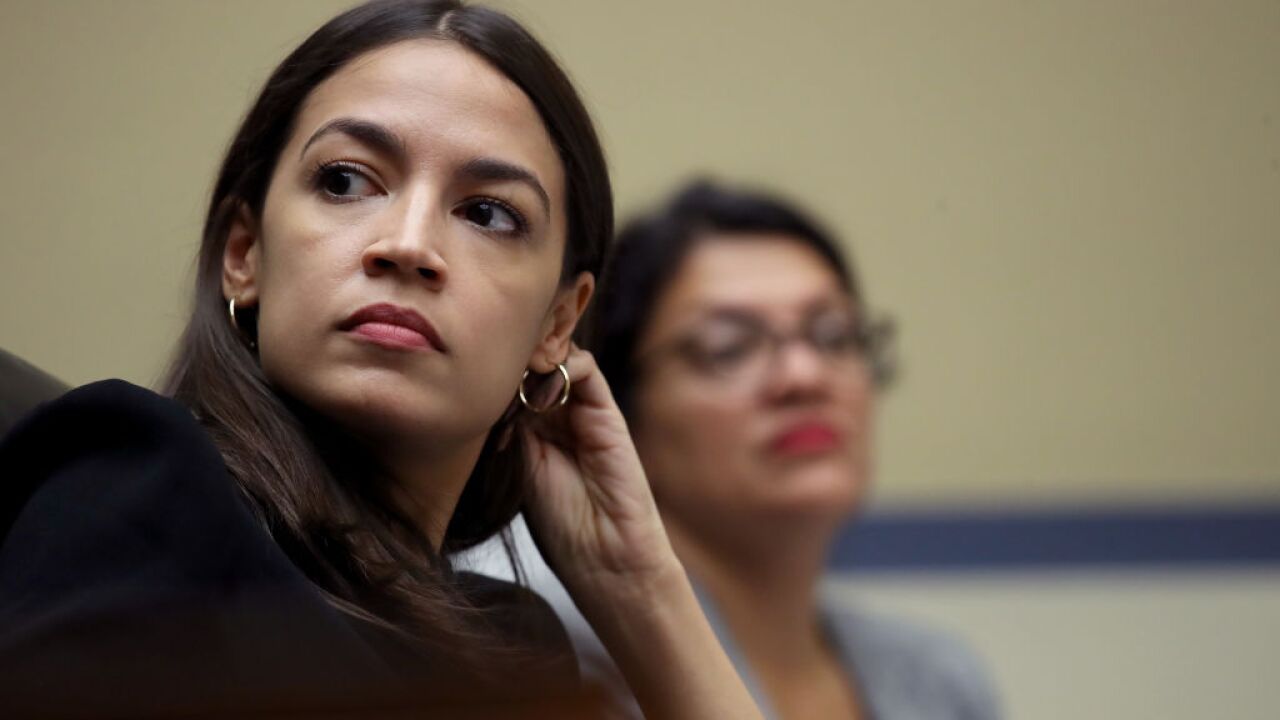 A right-wing political action committee has taken credit for staging a viral video taken at a town hall meeting held by Rep. Alexandria Ocasio-Cortez, D-NY, in which an attendee suggested that eating babies was a solution to the climate crisis.

The video was taken Thursday at a town hall held by Ocasio-Cortez in her home district of Queens, New York. After asking the crowd for questions, a woman stood up and began speaking.

"We only have a few months left. I love that you support the New Green Deal, but it's not getting rid of fossil fuels. It's not going to solve the problem fast enough," the woman said. "A Swedish professor has suggested eating dead people, but that's not fast enough. So I think your new campaign slogan should be this: We have to start eating babies."

The unidentified woman was eventually led out of the town hall. Ocasio-Cortez did not respond to the woman's suggestion but instead pivoted to fighting climate change.

The video eventually got the attention of President Donald Trump. Trump retweeted a version of the video posted by his son, calling Ocasio-Cortez a "Wack Job." It's unlikely the president knew if a right-wing PAC claimed credit for the stunt.

As reported by Gizmodo, LaRouche PAC later claimed credit for staging the video. The group notably opposes groups that advocate for green initiatives.

"It was us. Malthusianism isn't new, Jonathan Swift knew that. Sometimes, only satire works," the PAC tweeted.

The LaRouche PAC was founded by Lyndon LaRouche Jr., a political activist and conspiracy theorist. LaRouche floated anti-Semitic conspiracy theories about Jewish people funding the KKK, and served time in jail for fraud.

After finding out about the LaRouche PAC's claims, Ocasio-Cortez tweeted that she was glad that the woman was "not in crisis" at the time of her question.

Turns out the woman yelling was a Trump supporter 🤷🏽‍♀️

Doesn’t rule out potential mental issue (Drs do that) but good to know they were not in crisis.

Earlier this year I was stalked & very nearly hurt by a disturbed person. I don’t take chances & immediately try to de-escalate. https://t.co/kgWFvigJhy