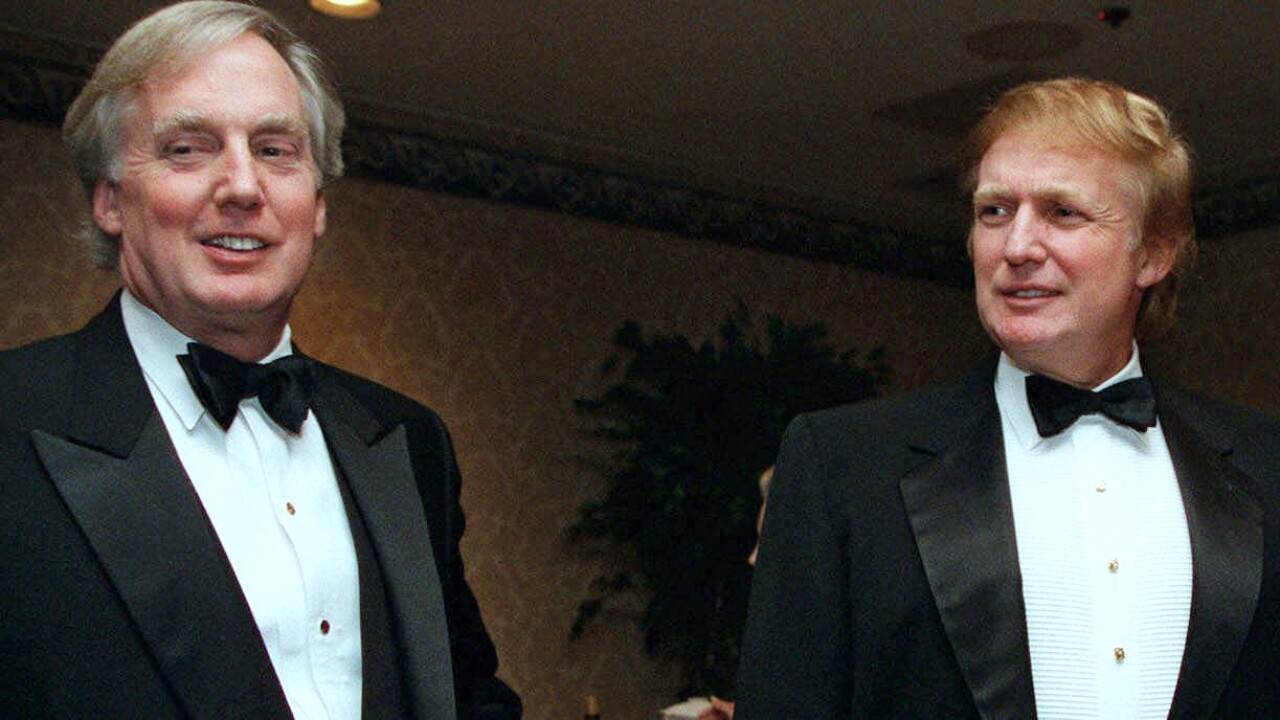 Copyright 2020 The Associated Press. All rights reserved.
Diane Bondaress/AP
FILE - In this Nov. 3, 1999 file photo, Robert Trump, left, joins real estate developer and presidential hopeful Donald Trump at an event in New York. A tell-all book by President Donald Trump's niece cannot be published until a judge decides the merits of claims by the president's brother, her uncle Robert Trump, that its publication would violate a pact among family members, a judge said Tuesday, June 30, 2020. (AP Photo/Diane Bonadreff, File)

Robert Trump, President Donald Trump’s younger brother, has died, the White House confirmed late Saturday. The cause of his death was not immediately known.

President Trump visited his brother at a New York City hospital on Friday, one day before his brother’s passing.

“It is with heavy heart I share that my wonderful brother, Robert, peacefully passed away tonight. He was not just my brother, he was my best friend. He will be greatly missed, but we will meet again. His memory will live on in my heart forever. Robert, I love you. Rest in peace.”

On Friday, the president addressed his brother's condition before heading to New York City.

"I have a wonderful brother," Trump said on Friday. "We've had a great relationship for a long time, from day one, so long time ago. And he’s in the hospital right now. Hopefully he’ll be alright, but he’s – he’s pretty – he’s having a hard time."

Robert Trump, who also was a prominent member of the Trump Organization, was one of President Trump's four siblings. Robert Trump was preceded in death by their oldest brother Fred Trump Jr, who died in 1981. The president has two surviving sisters, Maryanne Trump Barry and Elizabeth Trump Grau.

"Mr. President, Jill and I are sad to learn of your younger brother Robert’s passing," Biden said. "I know the tremendous pain of losing a loved one — and I know how important family is in moments like these. I hope you know that our prayers are with you all."