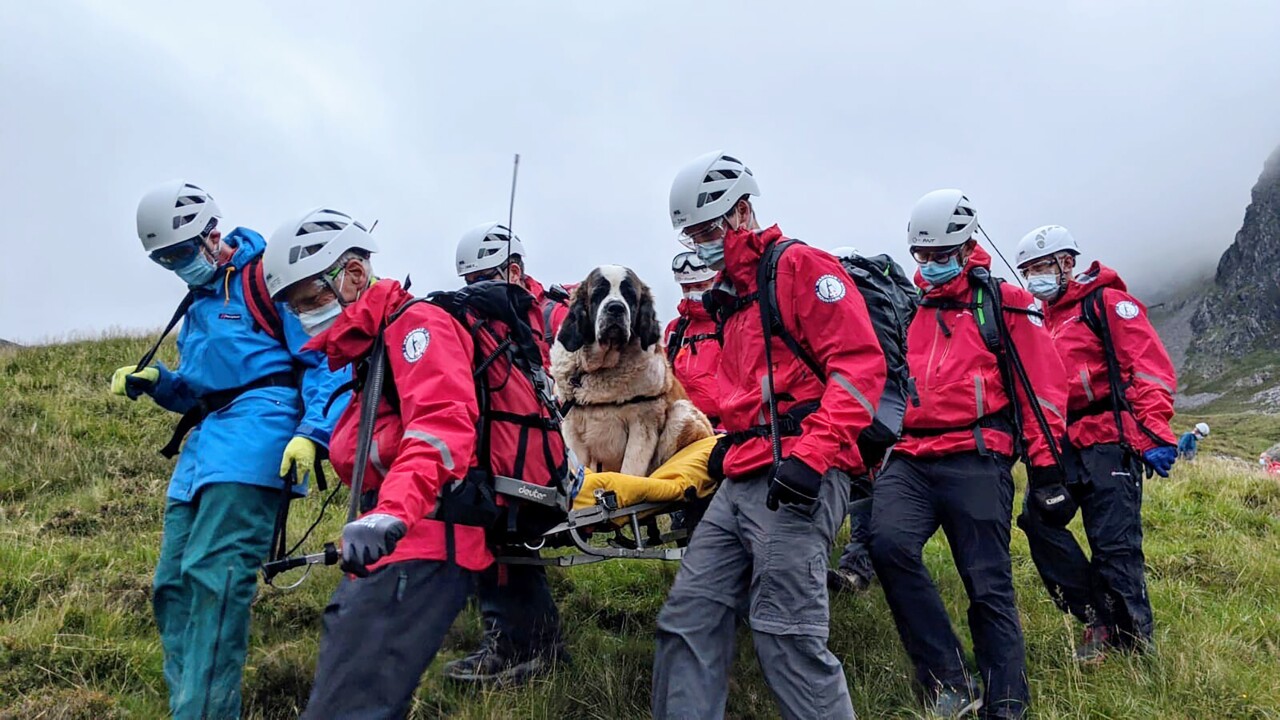 LONDON (AP) — St. Bernards are known for helping to rescue distressed travelers in the mountains, but on Sunday the tables were turned in northern England.

The mountain rescue team spent nearly five hours rescuing Daisy, who had collapsed while descending the mountain on Friday evening.

Rescue workers say she was displaying signs of pain in her rear legs and was refusing to move.

They administered some pain relief, adjusted their stretcher to be more dog-friendly and packed a few treats to help settle her down. Daisy is now recovering from her ordeal.

With their sense of direction and resistance to cold, St. Bernards have been saving people in the mountains since the 18th century, according to the Smithsonian Magazine.