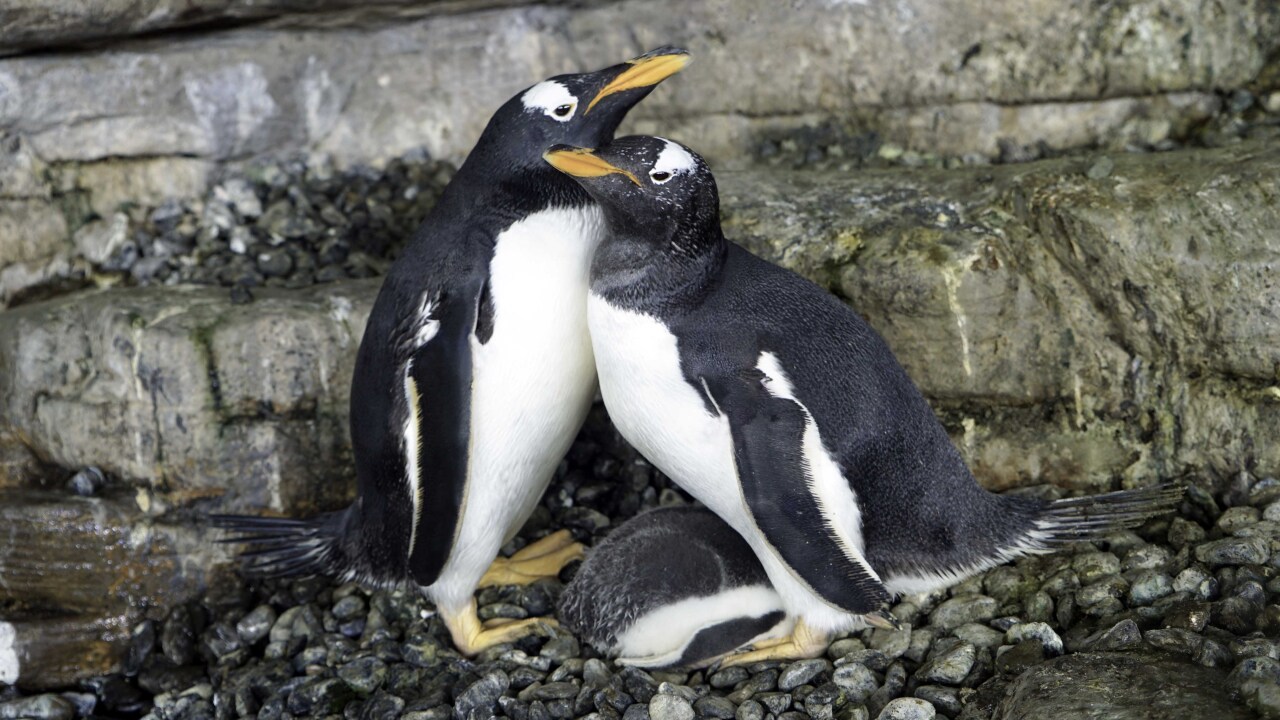 Electra and Violet are new moms to an adopted chick. The same-sex Gentoo penguin couple lives at the Valencia Aquarium in Spain.

In a social media post, the facility says “Although same-sex couples are common in more than 450 species in both zoos and nature, it's the first time this has happened in our aquarium. So... Welcome to the world little one!”

The pair started building a nest together out of stones and acting like they were getting ready for a baby. So, the aquarium let them “adopt” another couple’s extra egg according to a statement. They were able to incubate and hatch the egg this month.

Electra and Violet will raise the chick until it becomes independent, which is about 75 days.