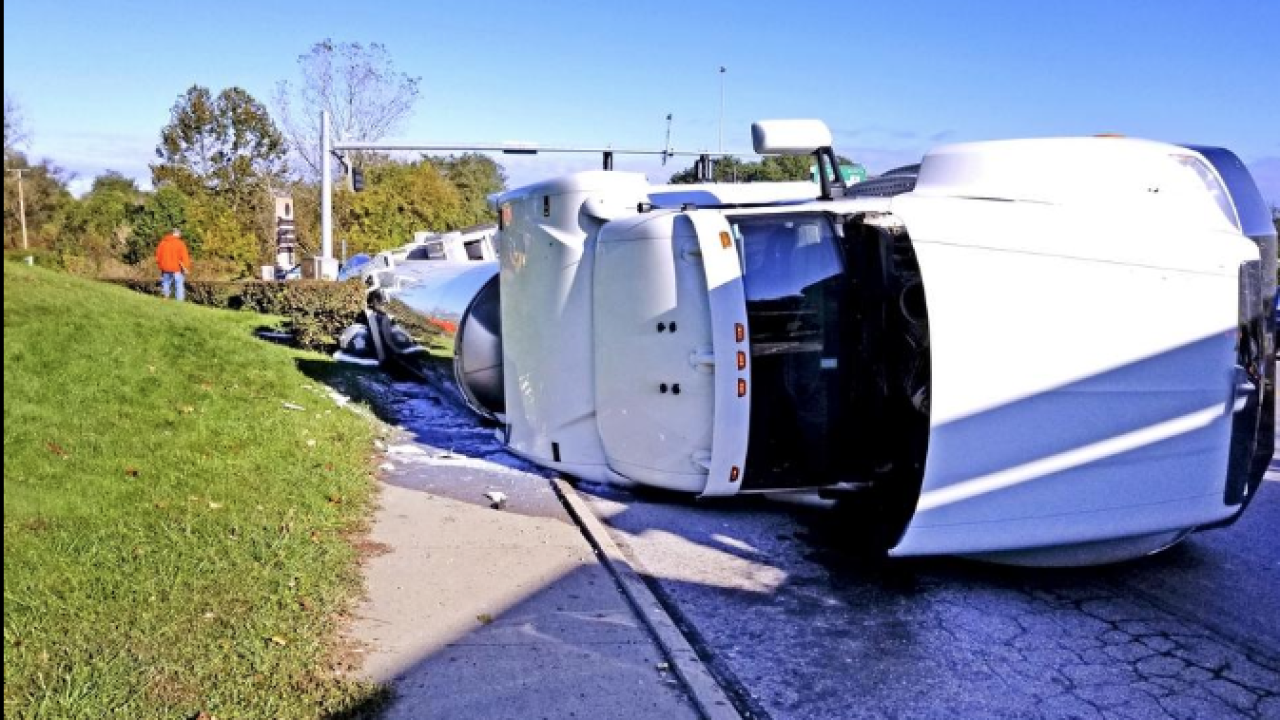 WOOSTER, Ohio — A tanker truck hauling 6,000 gallons of milk flipped over and created an environmental hazard for an Ohio creek.

It happened Monday near Apple Creek at the intersection of Madison Avenue and Timken Road in Wooster, according to the The Daily-Record.

“We don’t consider milk a hazardous material in general, but it does have a significant environmental impact when it’s spilled,” Wooster Fire Chief Barry Saley told The Daily-Record.

First responders used sand to help prevent the milk from flowing into the creek. If the milk does spill over into the creek, it could kill the fish, Wooster fire said.

The 18-wheeler truck appeared to be traveling northbound on Madison Avenue when it overturned on its passenger’s side around 9 a.m. The exact cause of the crash is unknown. More on this story here.

This story was originally published by Kaylyn Hlavaty at WEWS.