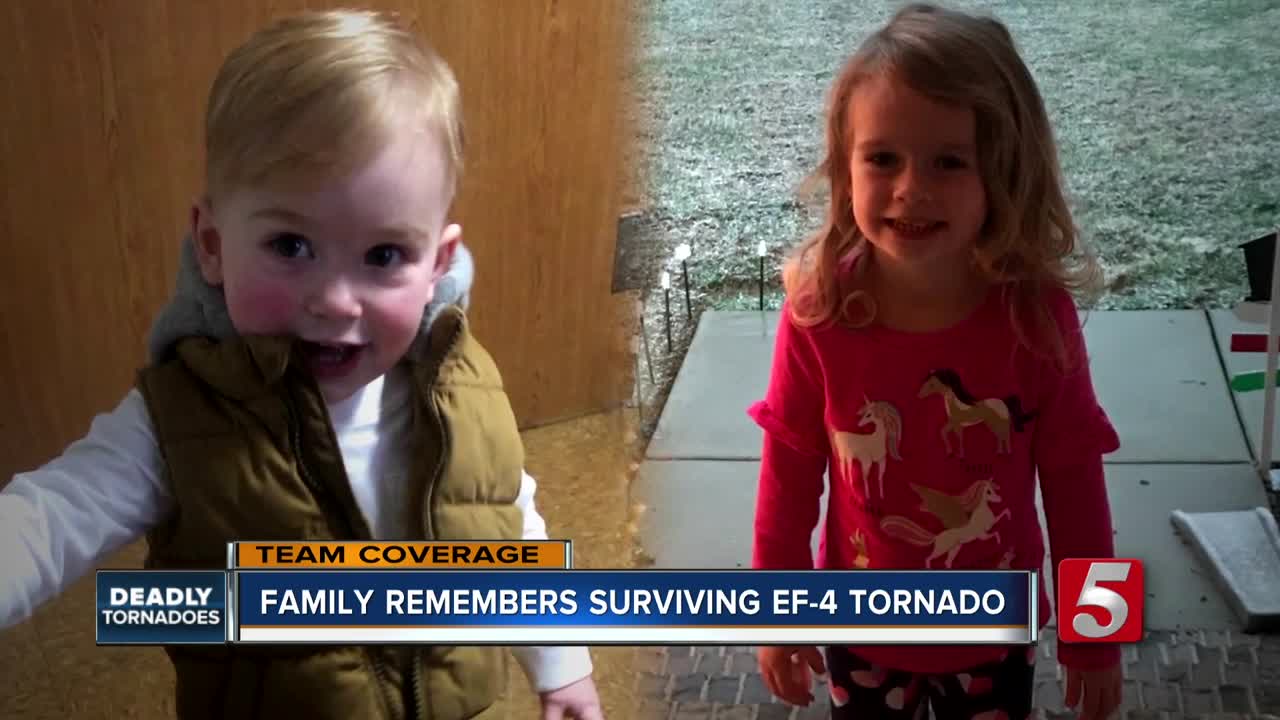 Exactly one week since an EF-4 tornado destroyed communities and killed 18 people in Putnam County, survivors continue to heal from their injuries as they process what happened. 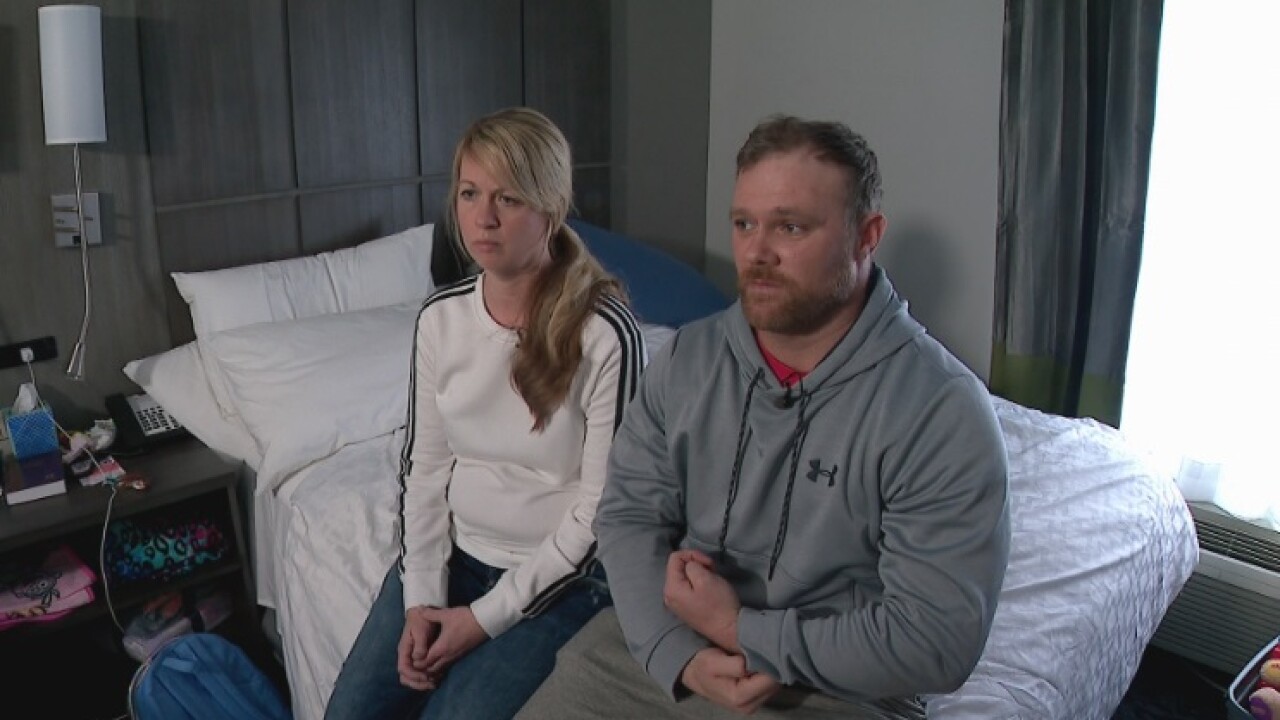 COOKEVILLE, Tenn. — A week after an EF-4 tornado destroyed communities and killed 24 people in Middle Tennessee, survivors continue to heal from their injuries as they process what happened.

Eric and Faith Johnson of Putnam County are among the survivors in the tornado-ravaged community of North McBroom Chapel Road, where eight people died on Tuesday morning. The family of five is packed at a hotel room for the next several days as the community helps them rebuild. Faith Johnson is recovering from breaking two ribs after holding on so tightly to her 18-month-old son and three-year-old daughter.

Eric Johnson was badly hurt after he was ripped from his home and landed in the backyard. He remembered waking up on his knees and head bleeding, and injury that required nine staples to close.

"I just can't believe we're still here," Eric Johnson said. "For us to walk from that is a complete miracle and there's no way to describe it."

He was awakened by their dog, which prompted him to check the forecast. By the time he realized their lives were in danger, Faith Johnson and their children crouched in the bathtub. Roughly five seconds after he jumped in with them, Eric Johnson was blown away by the tornado.

"I grabbed my arms underneath; it was already in our house. It already shifted and pushed our house on the front, and our whole house exploded," Eric Johnson said. "The winds just sucked me off and threw me."

Faith Johnson described the moment like it was a scene straight from a movie as she watched him fly down what used to be their hallway. The bathtub shifted in different directions before breaking and landing on top of a pile of debris. Luckily, she and her kids were alive.

Meanwhile, Eric Johnson woke up on his knees with his head bleeding and yelled for his family.

"He was looking as though he had to look for his children, but I held on to them," Faith Johnson said.

Eric Johnson has been returning to the scene every day since the tornado hit. He admitted the moment he nearly died keeps replaying in his head, but he visits hoping to find something new or their beloved dog that alerted him. The dog is alive, according to neighbors, but is too spooked to return.

On Tuesday, Eric Johnson tied a shirt with his scent around the cage.

"She can track the scent to know this is where we lived at," he said.

Faith Johnson is hopeful someone will find her wedding ring. The amount of volunteers has been evident since last Tuesday, and the family said they're grateful.

Anyone who would like to donate to the family can click here and donate through Church on the Hill. Choose the 'Johnson Family' under the designation drop-down menu.

This story was originally published by Matthew Torres on WTVF in Nashville.