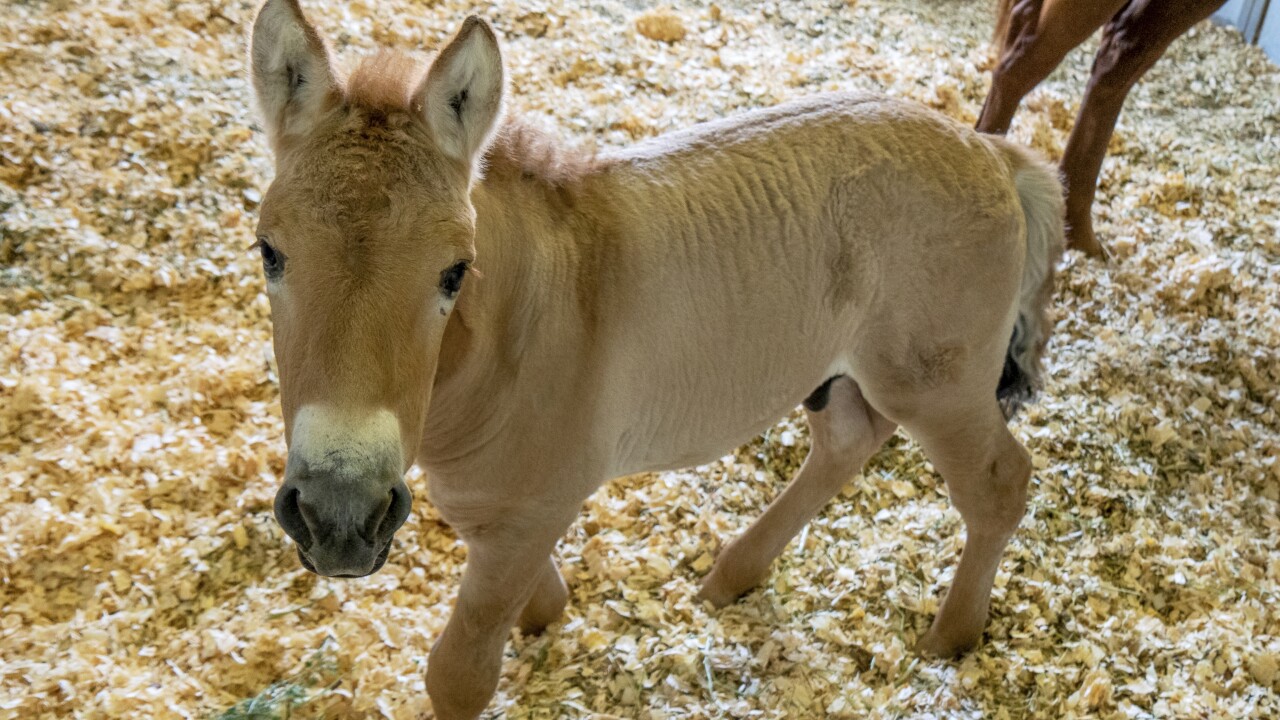 SAN DIEGO (AP) — Little Kurt looks like any other baby horse as he frolics playfully in his pen. But the 2-month-old, dun-colored colt is actually a clone.

He was created by fusing cells taken from an endangered Przewalski’s stallion at the San Diego Zoo in 1980.

The cells, which sat frozen at the zoo for 40 years, were infused with an egg from a domestic horse that gave birth to Kurt two months ago.

The baby boy was named for Kurt Benirschke, a founder of the San Diego Zoo's Frozen Zoo, where thousands of cell cultures are stored.

Scientists hope Kurt will help restore the Przewalski’s population, which numbers only about 2,000.