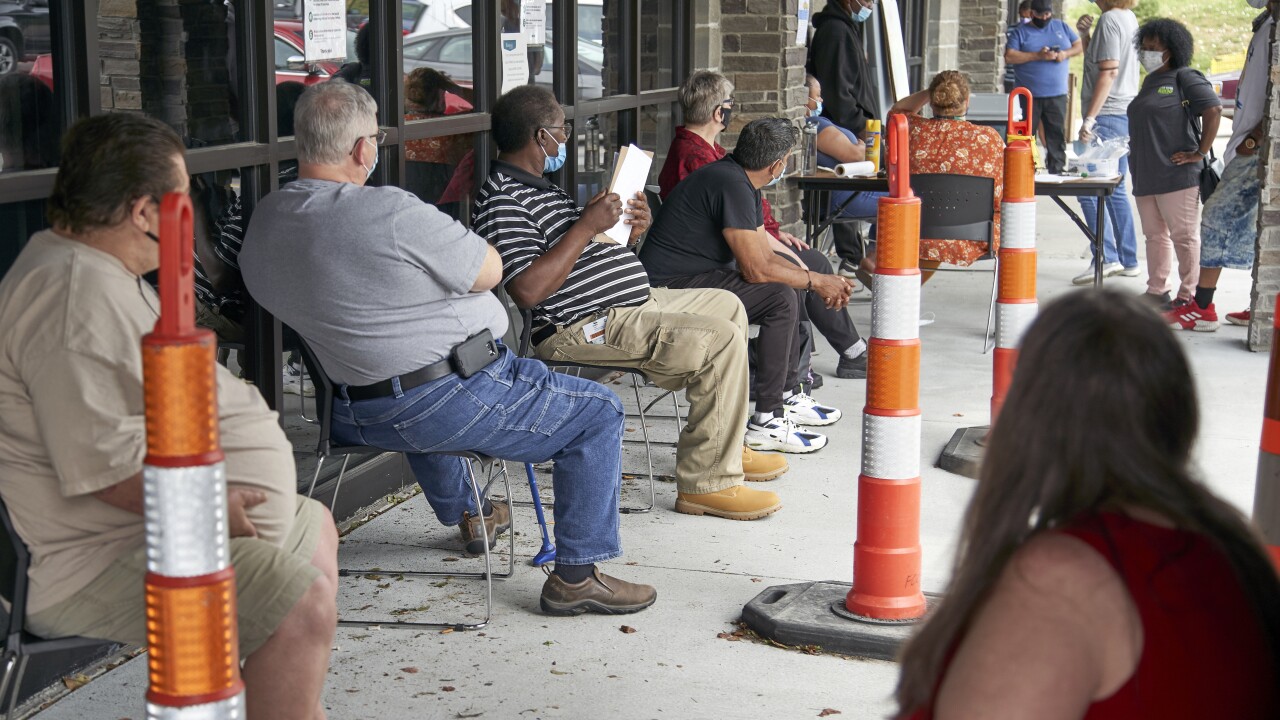 WASHINGTON (AP) — The number of Americans seeking unemployment benefits fell last week to 751,000, the lowest since March but a figure that remains historically high and indicates the viral pandemic is still forcing many employers to cut jobs.

Rising confirmed virus cases in nearly every state, along with a cutoff in federal aid, are threatening to weaken the economy in the coming months.

As temperatures fall, restaurants and bars will likely serve fewer customers outdoors. And many consumers may increasingly stay home to avoid infection.

Those trends could force employers to slash more jobs during the winter.

Though many are still unemployed, the U.S. economy has shown signs of recovery, growing at a 33.1% annual rate in the July-September quarter, the Bureau of Economic Analysis announced Thursday. That’s the largest quarterly gain on record, The Associated Press reports.

The growth comes after the historic economic plunge brought on by the pandemic in the spring, when businesses had to close and lay off workers.

The Washington Post reports that the U.S. economy has recovered about two thirds of the ground it lost during the first half of the year. Though, The Post says these numbers don’t mean the economy has entirely healed or that the pace of the recovery will continue into the final quarter, especially because of the recent surge in COVID-19 cases across the nation.