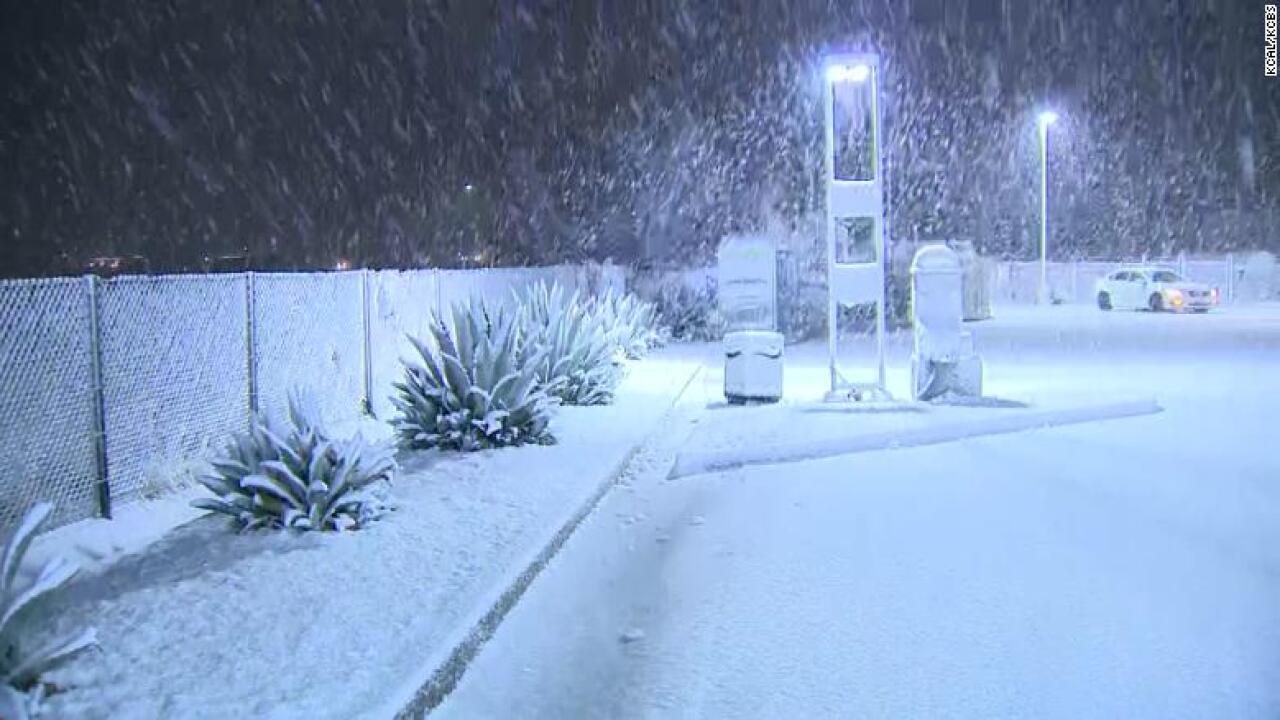 A powerful winter storm brought a deluge of rain and snow to Southern California, triggering tornado warnings and bringing post-Christmas travel to a halt on major routes Thursday.

The system is expected to move west throughout the weekend possibly dumping snow and ice on regions from the Rockies to the upper Midwest.

The storm system could dump more than a foot of snow on the Dakotas and upper Minnesota, and is expected to cause travel headaches in major travel hubs like Denver and Minneapolis.

On Thursday, snow shut down vital Interstate 5 in Tejon Pass through the mountains north of Los Angeles and stopped traffic on Interstate 15 over Cajon Pass in the inland region to the east.

After being stuck for five hours in Cajon Pass, motorist Johnny Lim wasn't sure he could reach Las Vegas, where he hoped to spend some time after Christmas. He worried about driving his car through the pass when it reopens.

I-5 rises to more than 4,100 feet in Tejon Pass between Los Angeles and the San Joaquin Valley. Cajon Pass rises to more than 3,700 feet between the San Gabriel and San Bernardino Mountains on I-15, the major connector between Southern California and Las Vegas.

Southbound I-15 also was closed by snow in the community of Primm, Nevada.

Snow also stopped or slowed traffic on other California roads, and numerous trees were toppled.

The storm began unleashing waves of pounding rain in the region on Christmas Day and continued into Thursday morning.

The National Weather Service said the heaviest rain moved east of Los Angeles County before dawn but that showers were expected to continue through the day.