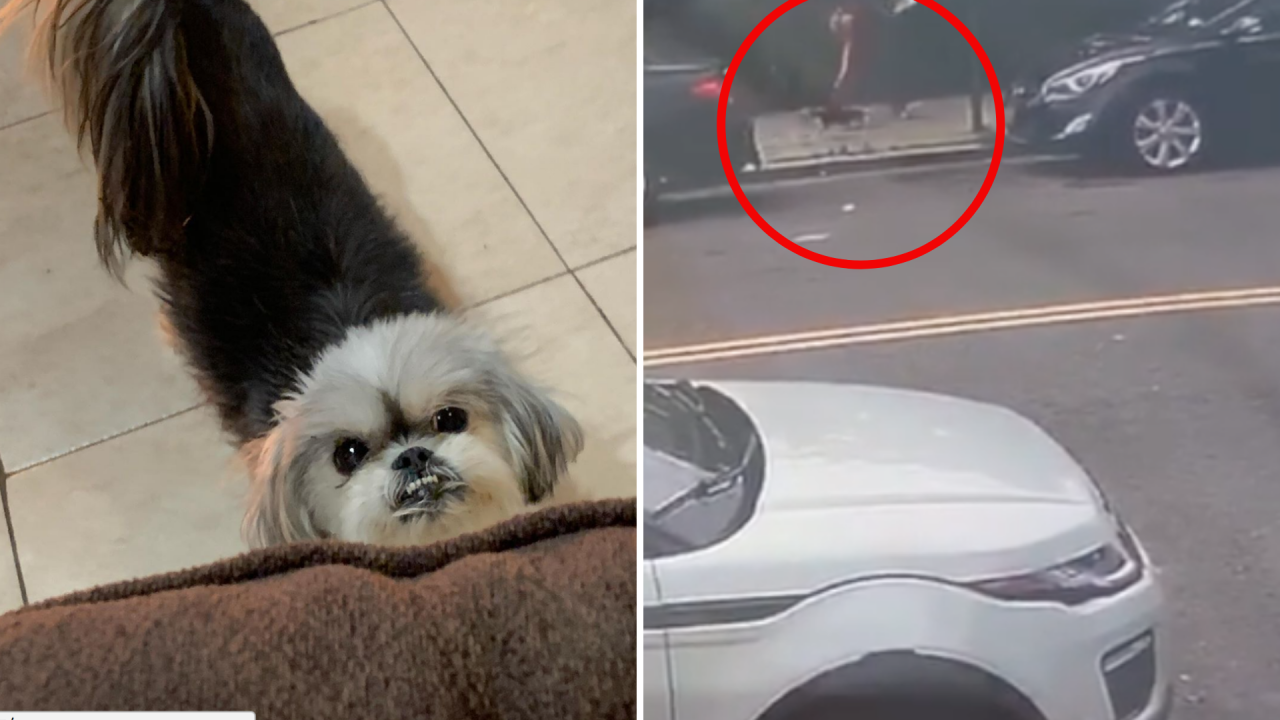 Taffy was swiped from a parked car in Canarsie. The dog's owner is heartbroken, but determined to find Taffy. ( Courtesy Anaika Forbes)

CANARSIE, Brooklyn — This past weekend has been excruciating for a Brooklyn woman who was the victim of a heartless robbery.

Anaika Forbes' 13-year-old shih tzu pekingese was swiped from her parked car. The brazen theft happened Saturday at about 3:45 p.m. on Avenue N near Canarsie Road in Canarsie, where the vehicle was parked.

Forbes, who lives in a basement apartment on Avenue N, was overwhelmed that day dealing with flooding in her unit due to afternoon showers.

“I was just going back and forth to the car bringing my stuff out, it was raining and just so much was happening,” she told PIX11.

Her dog, Taffy, was placed in the unlocked car during the shuffle.

When Forbes stepped back into her home to grab a few more things, an unknown woman snatched Taffy, Forbes said.

In surveillance footage obtained by Forbes taken from across the street, a woman is seen opening the passenger car door of Forbes' dark-colored car, grabbing the dog and nonchalantly walking away with her by the leash.

“She’s not a barking dog. She’s super sweet; she would go with anyone,” a tearful Forbes said. “I just want her back.”

Forbes, who canvassed the neighborhood all day and night on Saturday and for a good part of Sunday, has launched an online campaign to get Taffy back, even offering a $200 reward for her return.

“Please return Taffy, no questions asked,” she said in a plea to the unidentified woman. “She is my everything, I’ve had her since she was 3 months old.”

Forbes is very active in the community, working for a local organization called Hashtag Lunch Bag BK, which distributes care packages of essentials to the homeless across the borough.

A police report was filed with the 69th Precinct.

Anyone with information about the dog’s whereabouts or recognizes the suspect is urged to contact Forbes on her Instagram page.

This story originally reported by Andrew Ramos on PIX11.com.