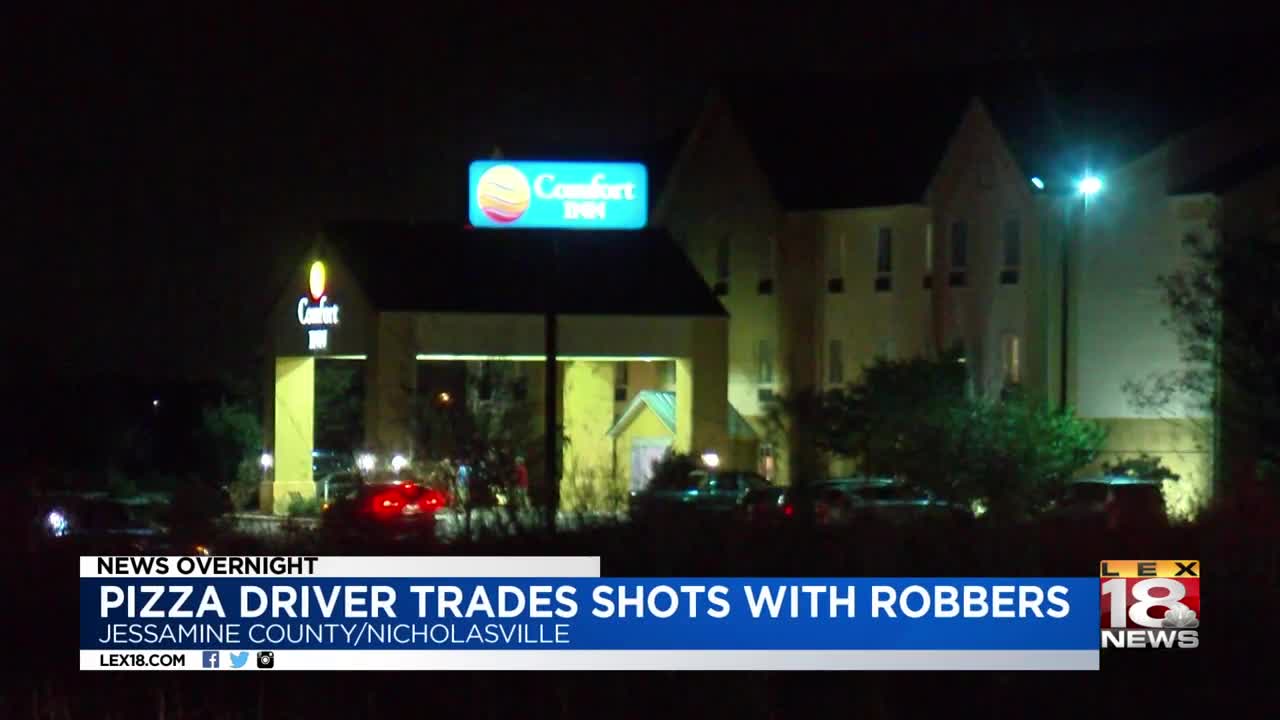 NICHOLASVILLE, Ky. (LEX 18) — According to police, a pizza delivery driver turned the tables on some would-be robbers by pulling out his own weapon and trading shots with them in Nicholasville.

This happened outside of the Nicholasville Comfort Inn shortly after 8:30 p.m. on Saturday.

Police said an adult and a minor attempted to rob the Domino's driver at gunpoint when the driver pulled out his own gun.

The two groups then exchanged a brief, but wild volley of shots, leaving innocent bystanders shaken up.

"I know there were some people in the parking lot who said they took cover. Obviously we saw where some rounds had hit the building. So, I think people were kind of alerted and a little nervous about this situation," said Sgt. Kevin Grimes with the Nicholasville Police Department.

The adult suspect was the only one shot in the exchange.

He was taken to UK Hospital, where he went in to surgery on Saturday night. His condition is unknown as of Sunday morning.

The juvenile suspect is in police custody.

Charges against the two are pending, according to police.