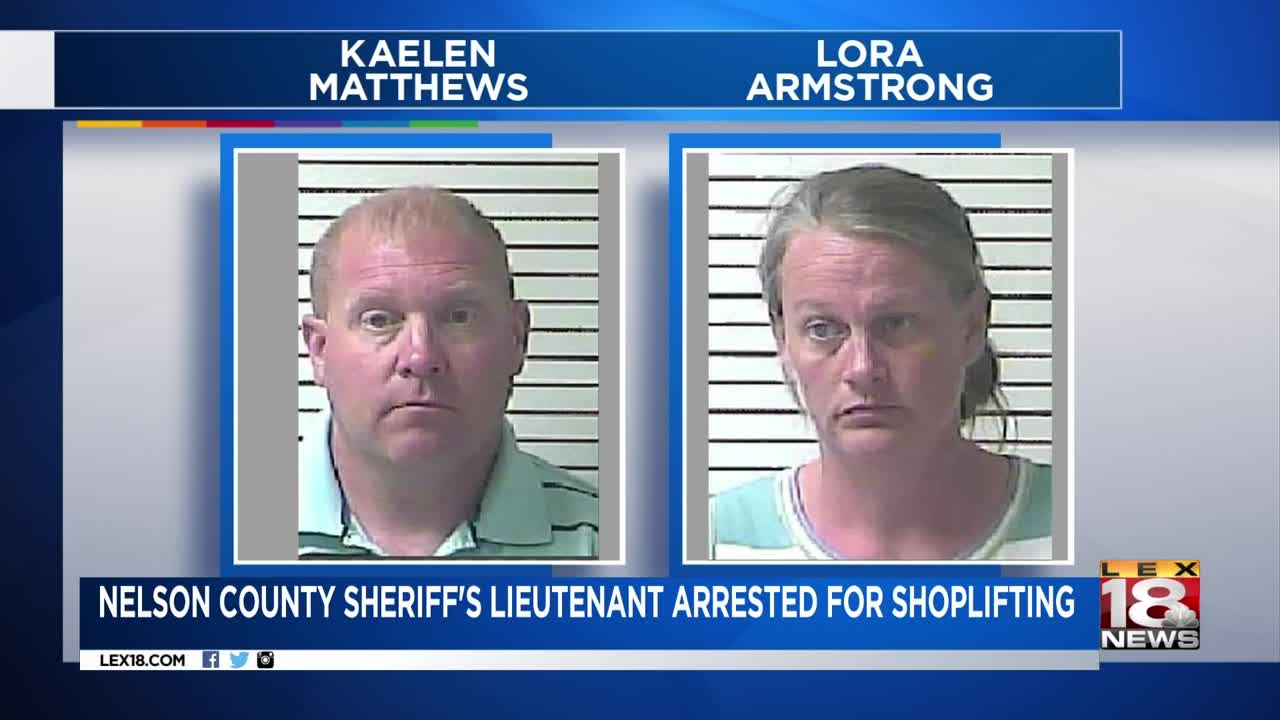 NELSON COUNTY, Ky. (LEX 18) — A Nelson County Sheriff's lieutenant and his girlfriend have been arrested for shoplifting.

Lieutenant Kaelin Matthews and his girlfriend, Lora Armstrong, were both charged on Friday.

Officers said an investigation had been started on September 18 at Fast Track It in Elizabethtown.

They said that a man and woman had been at the business the night before where four nutcrackers and one cooler had been stolen.

Investigators determined that Matthews and Armstrong both arrived at the business in a pickup where the missing merchandise was.

Both Matthews and Armstrong were arrested by Hardin County deputies.