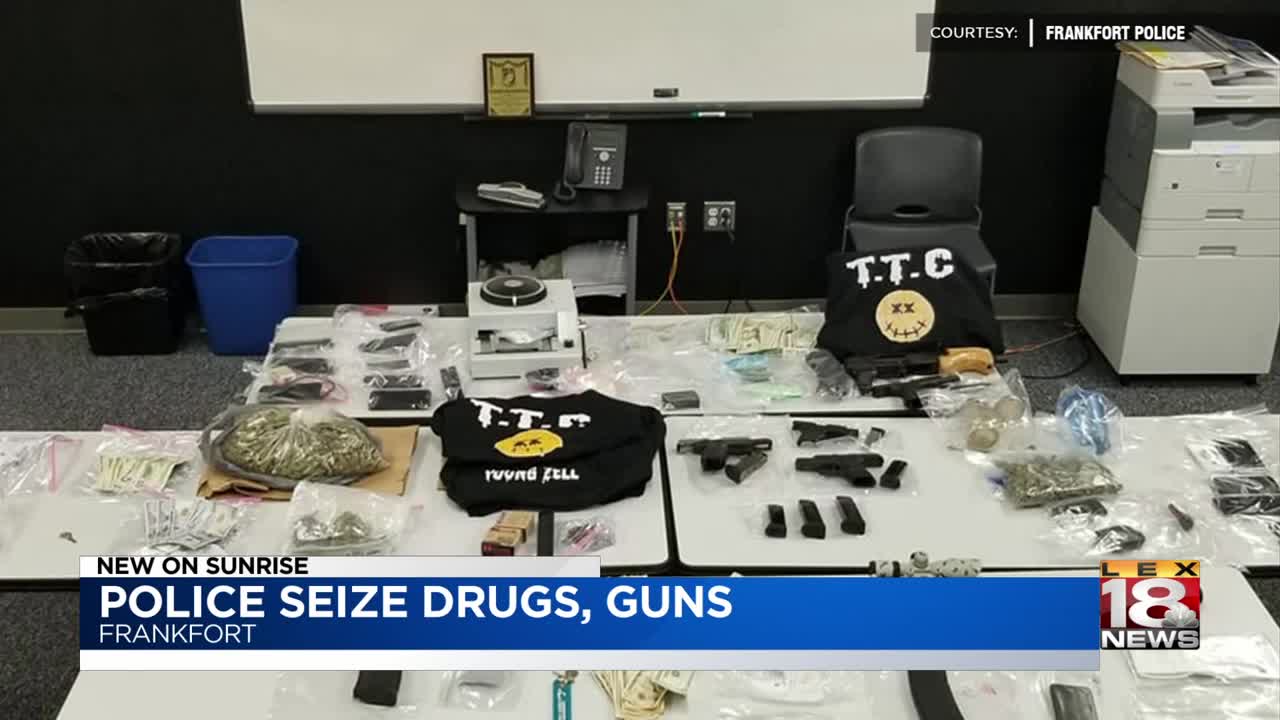 FRANKFORT, Ky. (LEX 18) — Police in Frankfort conducted raids in several locations throughout the city on Thursday and seized drugs, guns and cash.

During the raids, they seized more than 500 oxycodone pills, 200 xanax bars and more than 27 grams of heroin. The drugs, according to officials, have an estimated street value of $32,000.

Seven weapons were taken and two of those have been confirmed as stolen.

Six people were arrested as a result of the raids.