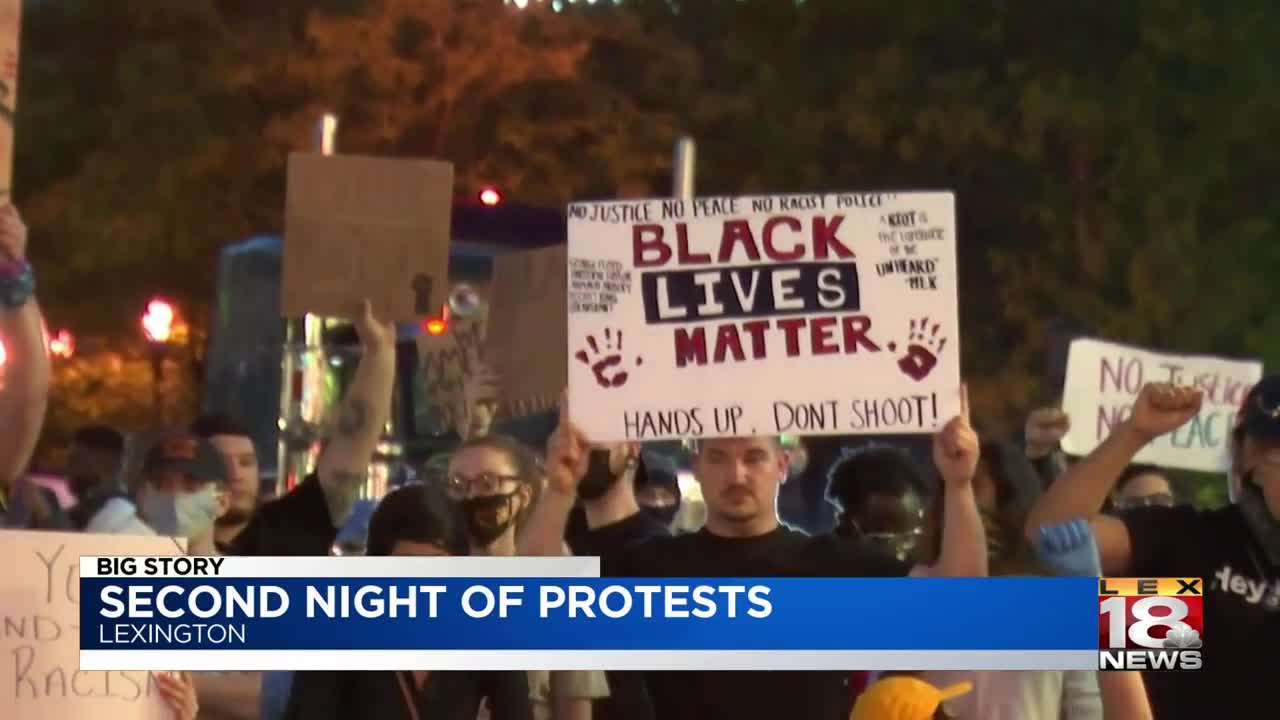 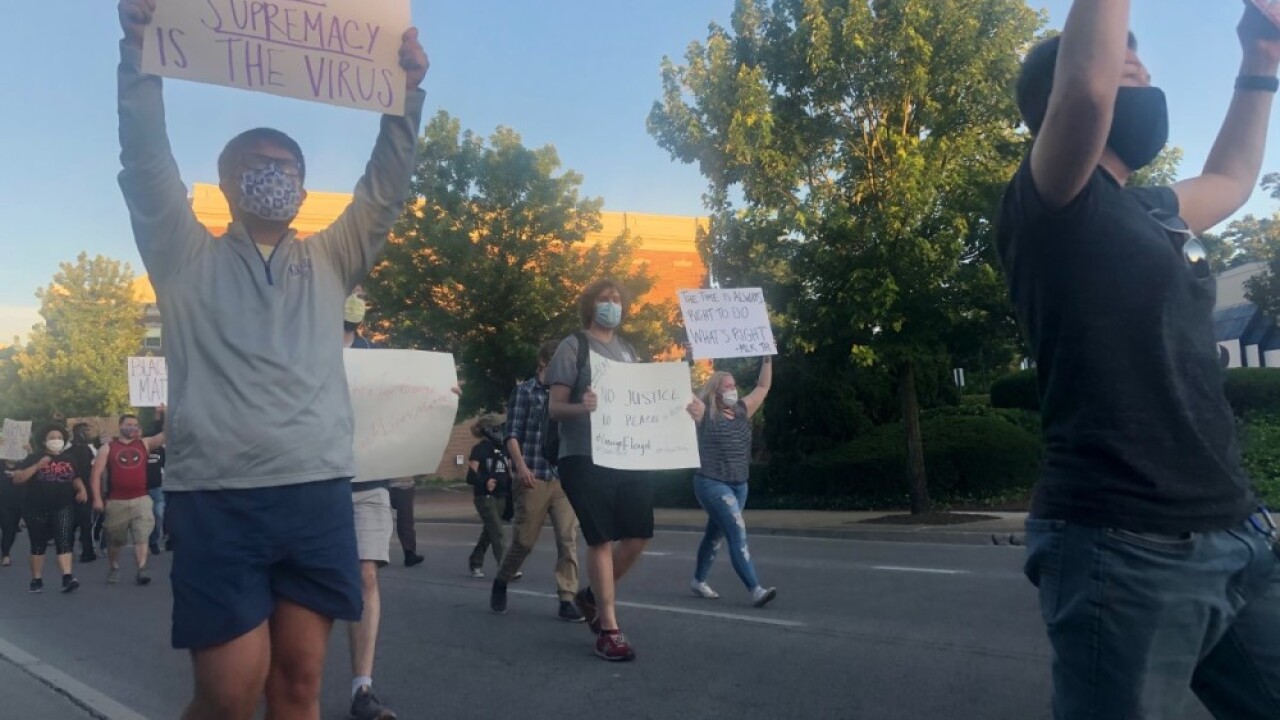 LEXINGTON. KY. — Protesters in Lexington gathered in Triangle Park again Saturday evening after a protest earlier in the day before marching down Main Street; the protest continued for hours into early Sunday morning.

Lexington Police blocked off Main Street for the nearly 100 protesters to march through downtown.

A few minutes later protesters lay down in the intersection of Vine Street and Rose Street yelling "I can't breathe."

Protesters are now laying on the intersection of vine and rose yelling “I can’t breath” Police are helping block the road. @LEX18News pic.twitter.com/x45TRMcAu0

More than an hour after the start and after several laps around downtown, protesters lay down in the intersection of Main Street and Broadway continuing to chant "I can't breathe."

One protester, Arterio Holman, told LEX 18 he decided to march "because they killed a black man on camera and it's time for us to come out here and represent they are killing us out here."

Tavia Chester also protested downtown and explained why she chose to spend her night in the streets.

She said, "I'm here because all lives matter, all lives matter. 'I can't breath' is a real thing what's happening America. If everybody sits down and doesn't do anything we are all going to be stuck here and we can't keep going on like this. How many innocent children people have to die before we realize all lives matter?"

Several hundred are downtown going through the pavilion by Centro now. @LEX18News pic.twitter.com/aHHIhYDvjV

Around 12:30 a.m. Sunday morning, Lexington Police Chief Lawrence Weathers told LEX 18 he does not plan to call in more officers. He also confirmed police have not made any arrests or used any force.

Heavy police presence near Martin Luther king Boulevard, we are on the bridge. @LEX18News pic.twitter.com/9Y2HlIxoPu

Early into Sunday morning tensions continued to rise as one woman spit near an officer's foot and others confronted police.

Tension is still rising as protesters continue to interact with police, someone behind me just yelled “you have to fight fire with fire” @LEX18News pic.twitter.com/101YnJUAOo