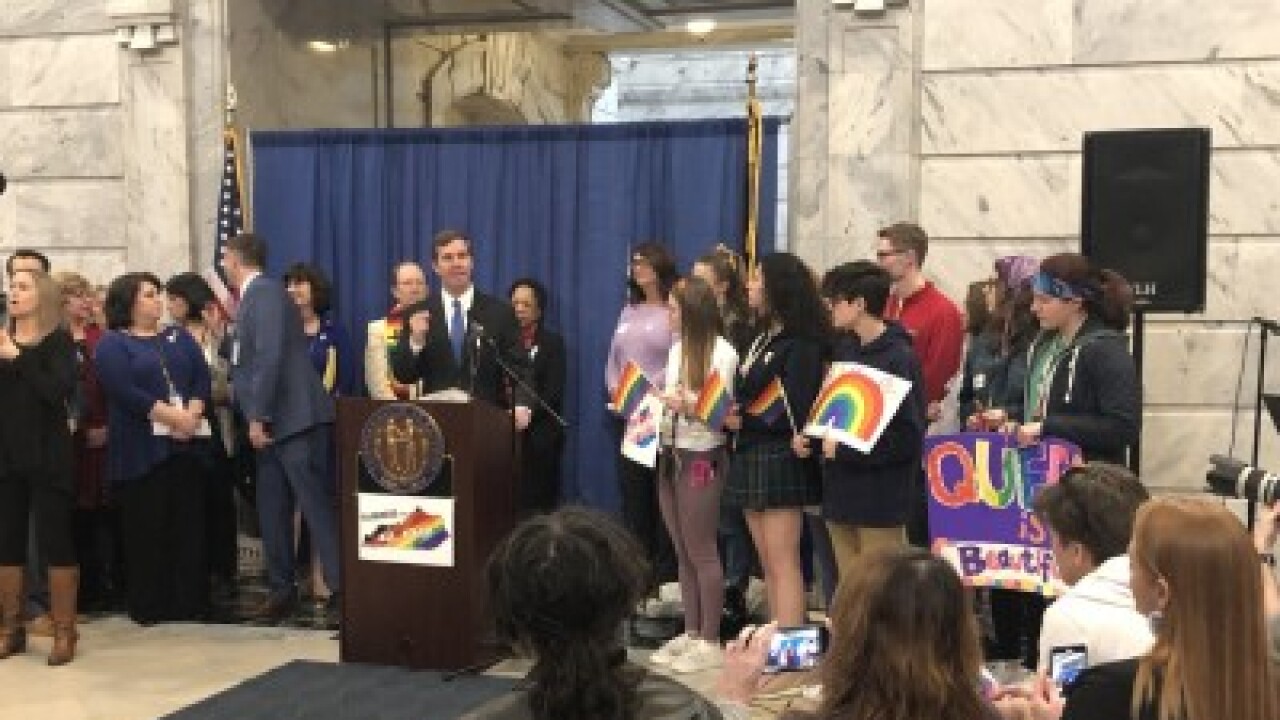 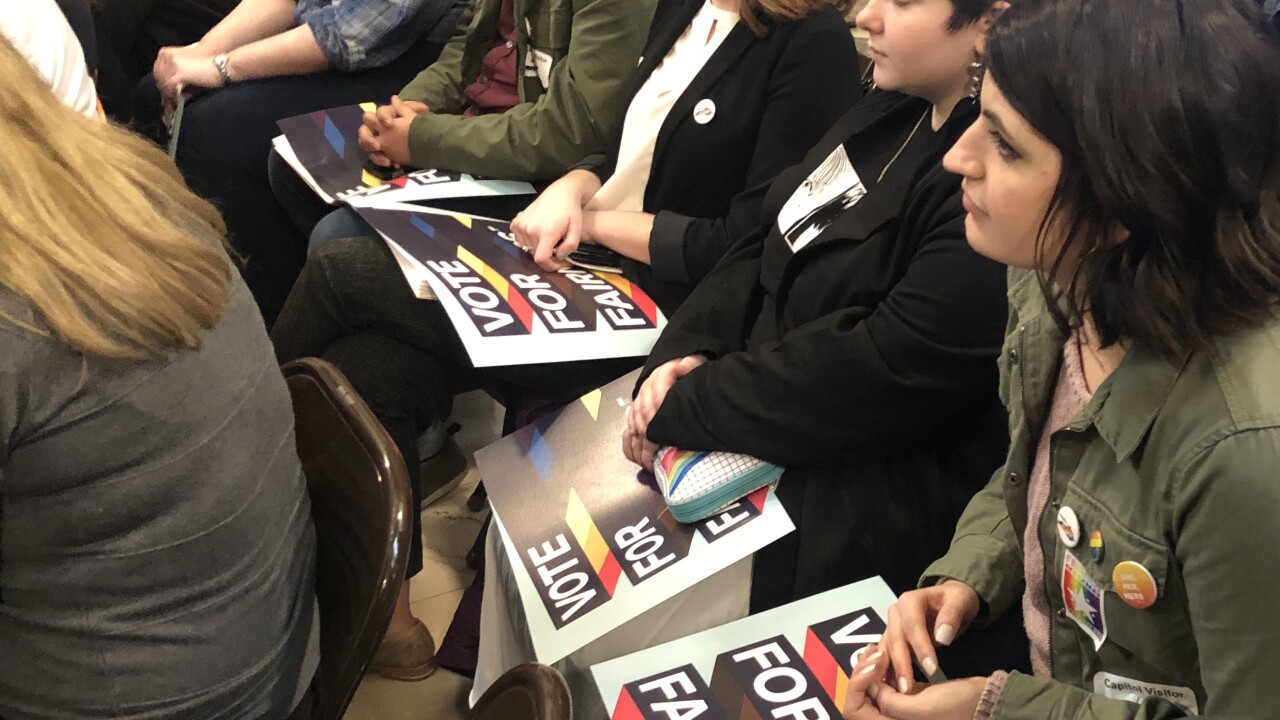 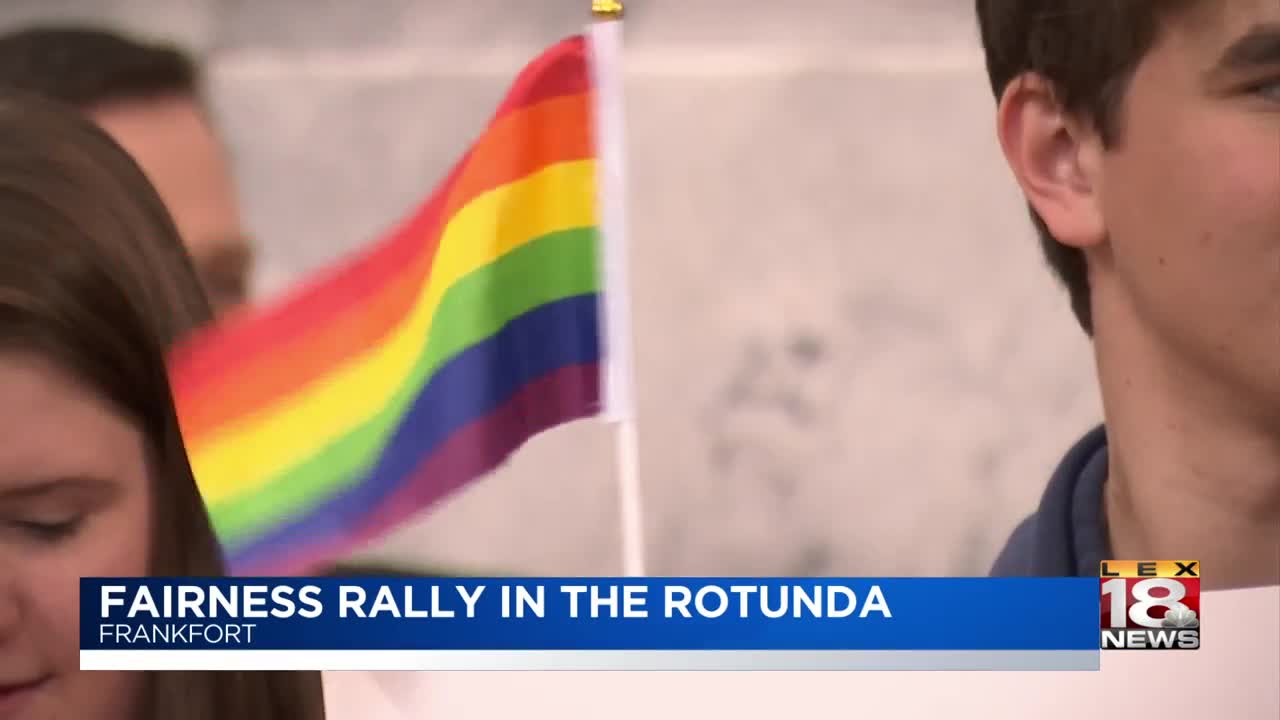 FRANKFORT, Ky. (LEX 18) — A group demanding fairness for the LGBTQ community stood united in the Capitol on Wednesday afternoon.

They rallied for bills that would ban conversion therapy and discrimination based on sexual preference and gender identity. There is a powerful advocate in that fight, Gov. Andy Beshear, who made Kentucky history by appearing at the rally.

"And I am proud to be the first sitting governor to attend this Fairness rally," said Beshear.

There are 18 communities that have passed Fairness Ordinances in Kentucky, including Lexington, Louisville, and most recently, Woodford County.

This year marks 20 years since the first time that a Statewide Fairness Ordinance was filed. Current Lexington Judge Kathy Stein, a former lawmaker, and current state Representative Mary Lou Marzian were celebrated as the first to file the bill.

"We're gonna get it done, because I'm not leaving until we do," said Rep. Marzian (D-Louisville).

There is a bill in both the House and the Senate that proposes such an ordinance.

"I want to join you in supporting a statewide Fairness law. And to be clear that I think it is time to ban conversion therapy," said Gov. Beshear.

Beshear then cited research from the Trevor Project, a non-profit focused on suicide prevention among LGBTQ youth.

"Let you know that I am working as best I can to make this issue nonpartisan. Where there is a series of Republicans and Democrats that come to this podium," said Nemes (R-Louisville.) "I say the word 'love' a lot, and I want you to know that this Republican loves you, and the issues that we fight for."

Rep. Patti Minter says she is introducing one bill this week to protect LGBTQ rights. She says this proposal would "right a historic wrong" against LGBTQ veterans.

"Many of them who are still alive were dishonorably discharged from the military for no other reason than who they were, and who they loved," said Rep. Minter (D-Bowling Green).

She says this bill will restore state benefits these veterans earned, and it has bipartisan support.

The Fairness Campaign is also following bills they identify as anti-LGBTQ. This includes House Bill 321, which would make it a felony for medical professionals to perform surgery or prescribe medication that would alter a sex the child was "assigned at birth."

Lawmakers in the Rotunda reassured the crowd that they will stand with the LGBTQ community.

"And I'm here to say that we will protect and respect transgender rights," said Rep. Attica Scott (D-Louisville).