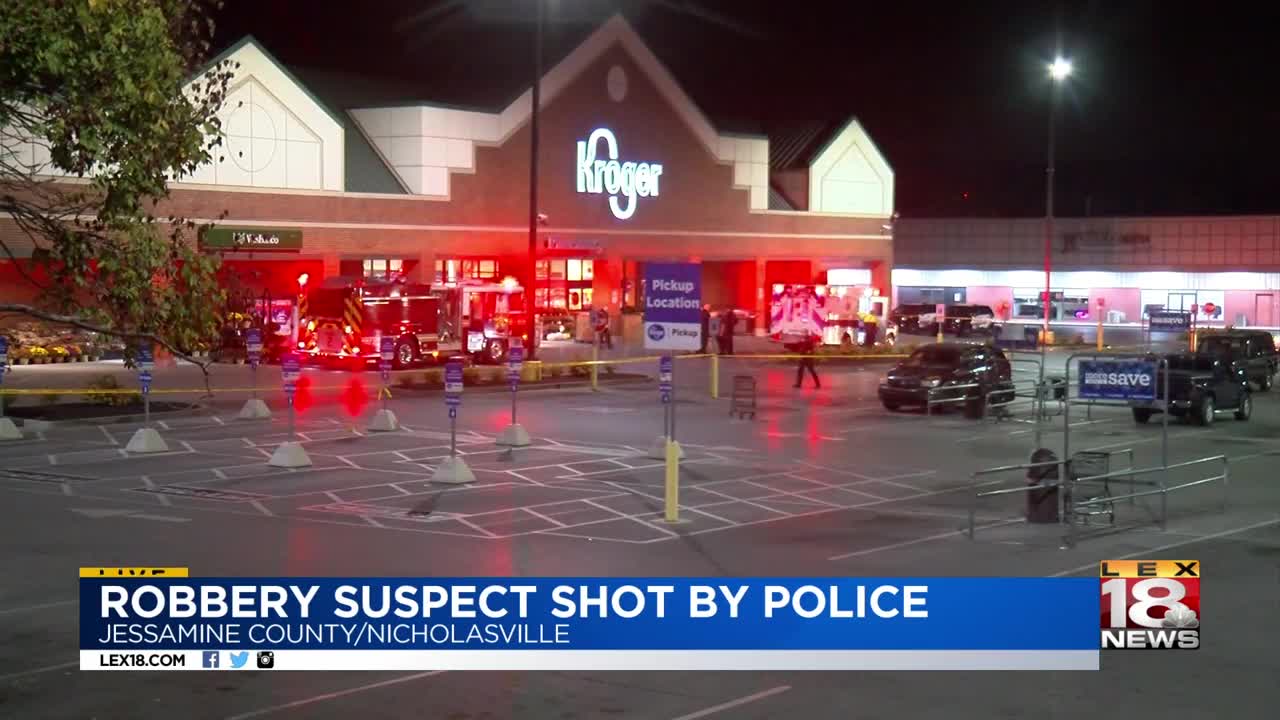 NICHOLASVILLE, Ky. (LEX 18) — A robbery suspect has been taken to the University of Kentucky Hospital after he was shot when he allegedly confronted police on Sunday morning.

Police have identified him as Robert Welsch. He was reportedly arrested.

This confrontation happened around 2:00 Sunday morning at the Kroger on S. Main Street in Nicholasville.

Police said the suspect was armed and forced a store employee to let him inside the pharmacy area.

Officers responded quickly and arrived at the store while the suspect was still inside.

When the man attempted to leave, he found himself face-to-face with officers.

"While inside, the suspect pointed a gun at officers and they returned fire, injuring the suspect," said Sgt. Kevin Grimes with Nicholasville Police.

Police said the suspect's injuries do not appear to be life-threatening. He was reportedly transferred to University of Kentucky Medical Center. His name has not been released.

No officers, store employees or customers were hurt in the incident.