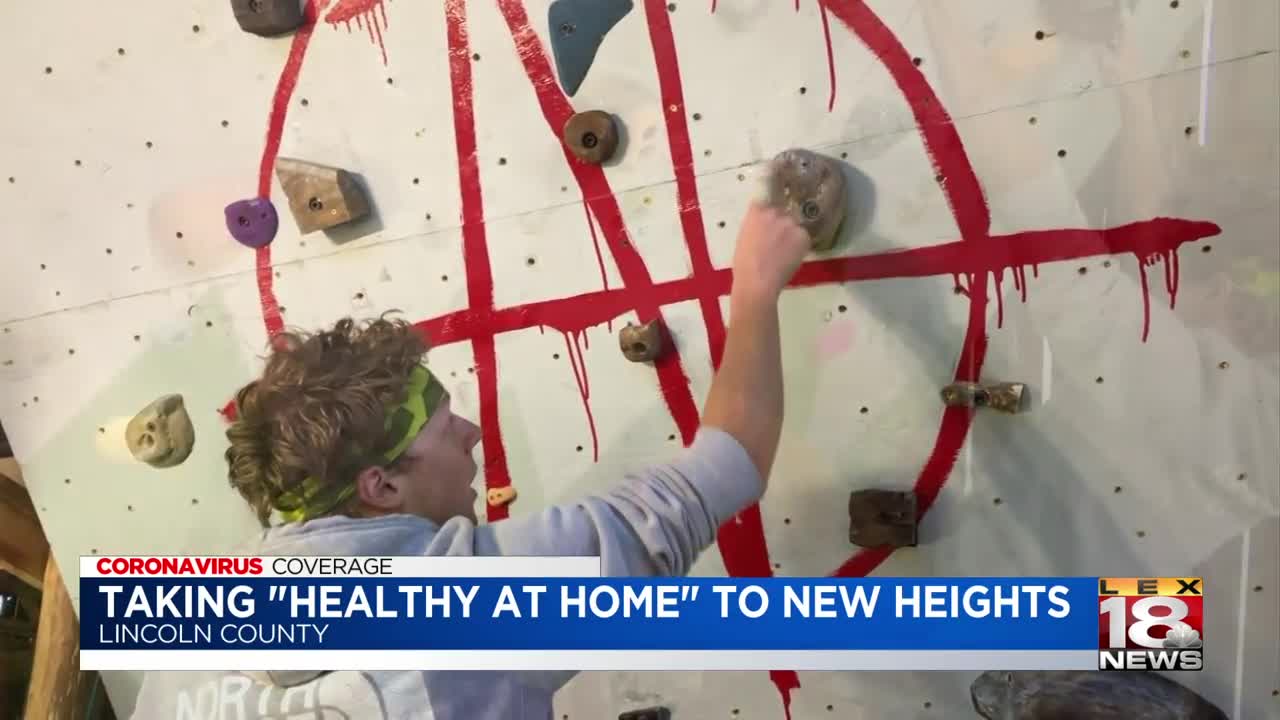 STANFORD, Ky. (LEX 18) — Before the first case of the coronavirus hit Kentucky, Noah Peck would drive an hour to Lexington from Stanford five times a week to train at the closest rock climbing gym, L’Escalade Fitness (LEF).

Around the same time, the Red River Gorge, a hotspot for Central Kentucky climbers, closed to the public as a contribution in aiding the state’s efforts to slow the spread of COVID-19.

“I didn’t know what to do,” said Peck, who has been climbing for four years and was training for a climbing event in September. “I started watching pretty much every YouTube video out there on how to build a wall like this.”

Indoor climbing walls can be purchased online, but Peck decided to build one to fit his training needs. The wall is angled at approximately 57 degrees and uses a mixture of purchased and homemade wooden holds. Peck said it took three days to build and mount the frame inside his family’s old tobacco barn.

“I kind of just came home with a truck full of lumber,” he said.

Peck works as an arborist in the Stanford area. Over the years, he’s collected a variety of interesting pieces of wood from trees he’s cut down.

“I didn't really know what I was going to do with the pieces of wood, but then I got to looking through the woodpile and realized that some of the pieces were like perfect handholds,” he said.

Peck explained wooden holds have a smoother texture that wear down hands less than manufactured holds. Peck uses a Japanese preservation technique called Shou Sugi Ban on the pieces he has before putting them on his wall. This involves removing the tree bark before burning and sanding the wood to leave it smooth.

“I can't really get everything out of this wall that I can from LEF or another gym like that but it does pretty good for how close it is,” he said.

Peck said he’s happy to be able to wake up in the mornings and walk to his indoor wall, but he’s looking forward to returning to his climbing routine once everything opens back up.