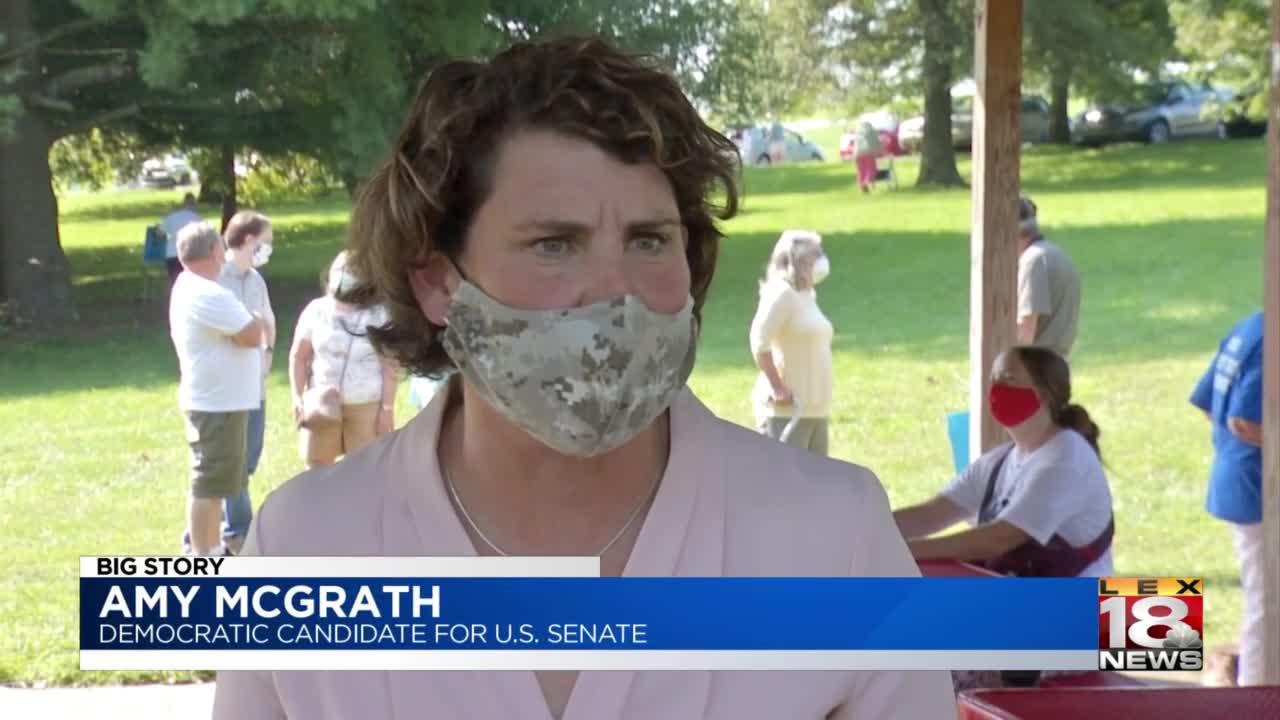 GEORGETOWN, Ky. (LEX 18) — Senator Mitch McConnell will bring a trimmed down coronavirus relief bill to the U.S. Senate floor for a vote this week.

"Yet, Republicans believe the many serious differences between our two parties should not stand in the way of agreeing where we can agree and making law that helps our nation," said McConnell in the release. “I will be moving immediately today to set up a floor vote as soon as this week."

Meanwhile, his opponent in the General Election, Amy McGrath, told her supporters in Georgetown that McConnell should have gotten a second relief bill done by now. She criticized McConnell for leaving Washington without a deal earlier this summer.

"Where has Mitch McConnell been? What did he do all summer?" asked McGrath. "I mean it's September 8 and he's just now talking about going back to work? Seriously?"

"We need extended unemployment insurance for those people who have been thrown off their employment for no fault of their own - the service industries, many industries are not back. They're not back," said McGrath. "Our economy hasn't been in this bad of shape since the great depression. Wake up, people. Wake up, Kentucky. I mean, seriously, are things getting any better?"