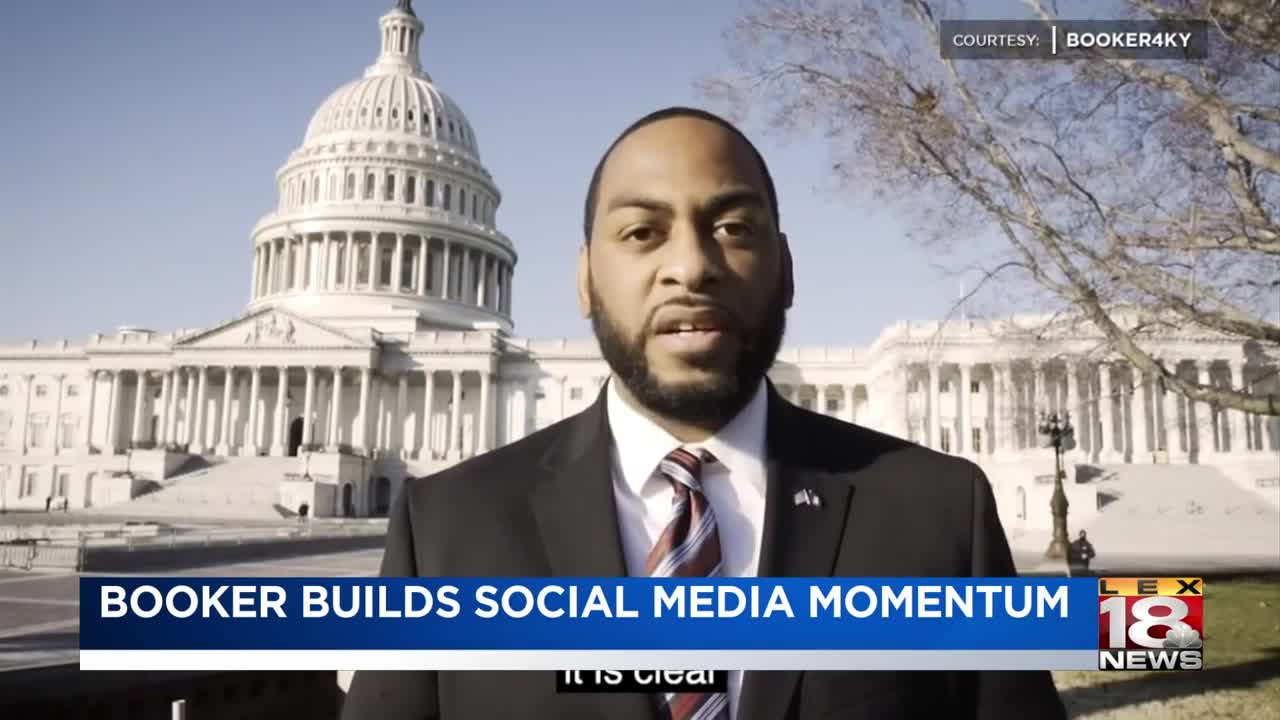 (LEX 18) — As protests over racism and police brutality take place across Kentucky, State Representative Charles Booker has become one of the most vocal elected leaders on the issues at hand.

"When Breonna died, when she was killed - a part of us was killed as well," said Booker in a Facebook video titled, "Healing Together."

The video shows Booker speaking to a crowd in Louisville on June 1.

Booker has joined protesters several times and has spoken out about problems that need to be fixed.

His speeches and participation have gotten a lot of attention online.

There is not much polling data when it comes to the primary, so there aren't any numbers showing how voters are feeling right now. However, Booker's campaign is hoping to capitalize on its social media momentum.

He even got an endorsement from Kentucky Sports Radio host Matt Jones.

"I have a feeling he can shock the world in two weeks," said Jones in a video posted to social media over the weekend. "We don't need people in Washington telling us who should be our candidates in Kentucky. In two weeks I hope to stand there next to Charles Booker and watch him make history."

Jones had once considered entering the U.S Senate race himself. He now says he is voting for Booker because of his leadership.

"He agrees with me on the big things. Everybody deserves healthcare, equal rights for everyone, workers' rights - especially for those who work every day and get very little attention from Washington," Jones said. "But most important to me, he agrees that no matter where you're born in Kentucky - whether, like me, you're in the hills of Appalachia, or you're on the West End of Louisville - that you deserve a chance to reach your potential and have success equally to everyone else. That's what matters and that's what Charles fights for."

Jones and one of Booker's competitors, Amy McGrath have some tension between them. He blamed McGrath's campaign when he was replaced as the host of "Hey Kentucky!" However, the campaign said they played no role in that decision.