Does Gov. Beshear have the power to close religious schools? 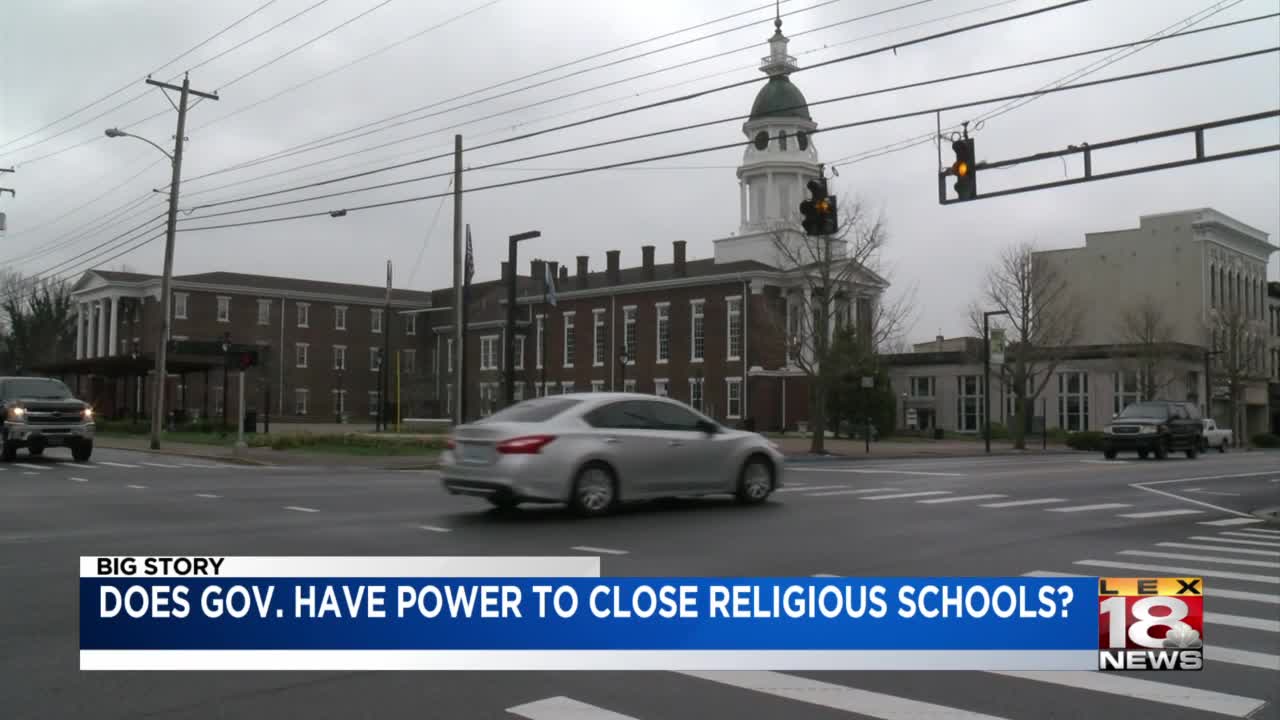 On November 23rd, a hearing was held in federal court. Lawyers from the Attorney General's Office and Danville Christian Academy argued that the governor's order violates the First Amendment and the Commonwealth’s Religious Freedom and Restoration Act.

"Danville Christian Academy is first and foremost a religious organization whose driving purpose and mission is to bring its students closer to Jesus Christ," said Byron. "And they also, as part of that mission - but just as a part - offer academic instruction. It’s their core belief, in accordance with the bible, that they are not to forsake assembling together - that the communal environment, the togetherness of Christian education is an absolutely fundamental and essential part of fulfilling its religious mission."

The Attorney General's Office argued that religious schools are owed the same first amendment protections other religious institutions are given.

"No one is trying to infringe upon religious belief. We are treating all schools neutrally," said Amy Cubbage, the governor's general counsel. "What the plaintiffs are asking for is special rights. All schools should be treated the same."

Cubbage explained that the orders are meant to stop the spread of COVID-19 during a dangerous increase in positive cases. She said it was important to act before hospitals get overwhelmed, and more lives are lost.

"It is a dangerous time in the Commonwealth, and they’re only out of concern for that," said Cubbage. "We don’t want to have to wait until we are like El Paso and have morgue trucks pulled up and the National Guard carrying bodies out."