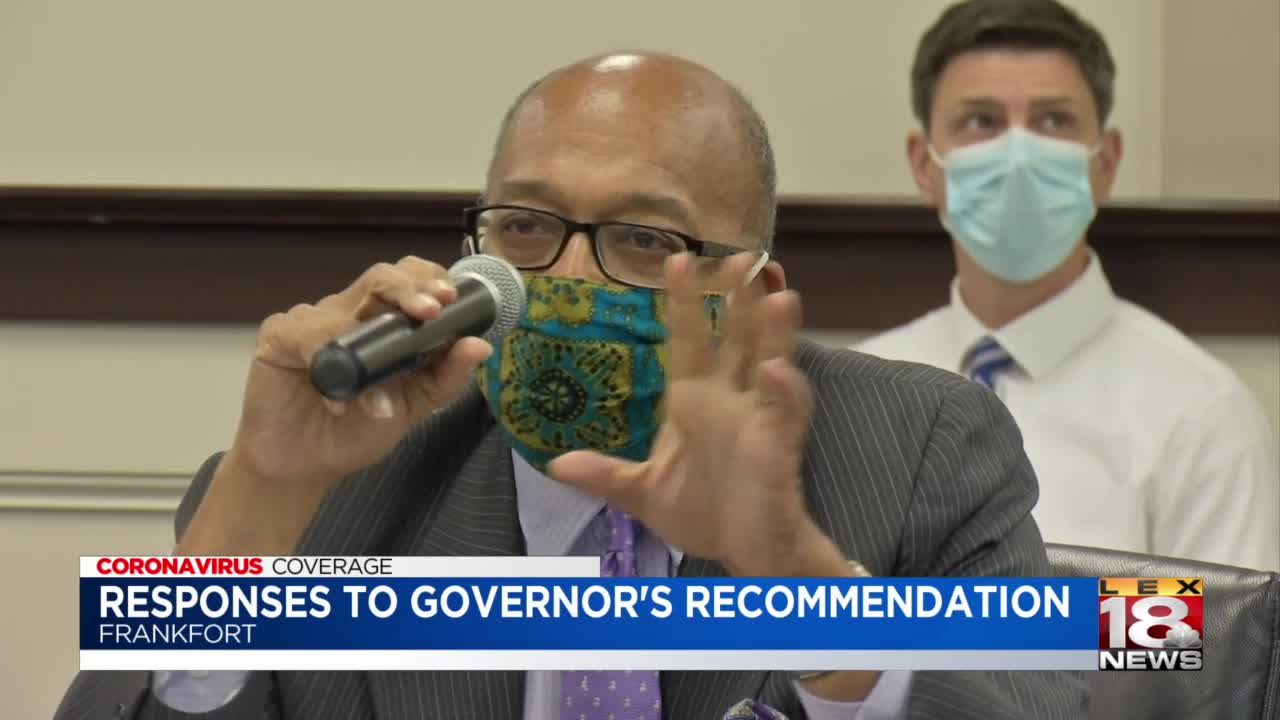 FRANKFORT, Ky. (LEX 18) — More than a week after Gov. Andy Beshear made the recommendation for schools to push back the reopening of classrooms, several education groups responded during Tuesday's Joint Education Committee Hearing. State lawmakers listened to those responses. However, there wasn't much debate because not every side was represented.

The Kentucky School Boards Association, along with the Kentucky Association of School Superintendents, both said that the decision to open school, and when to do it, should be a local one made my communities, not the state.

"Local decisions made by each local community influenced by what that local community, frankly, wants and prioritizes is so important, always has been and it is now," Eric Kennedy of the Kentucky School Boards Association said.

Some Democratic lawmakers defended the governor and questioned the push back.

"What was so harmful about him saying 'I am going to stop in-person instruction until Sept. 28?'" Sen. Reggie Thomas asked.

But noticeably absent from the meeting was testimony in support of following Gov. Beshear's recommendation. There are groups that do, like the Kentucky Education Association who released a statement last week saying in part "KEA believes the choice, based on scientific evidence, is clear: Kentucky's public schools should not open to in-person instruction at this time."

The committee's co-chair addressed why teacher groups, like the KEA, were not at the meeting. She says those groups have already made their positions public through statements, so they wanted to hear from other groups as well.