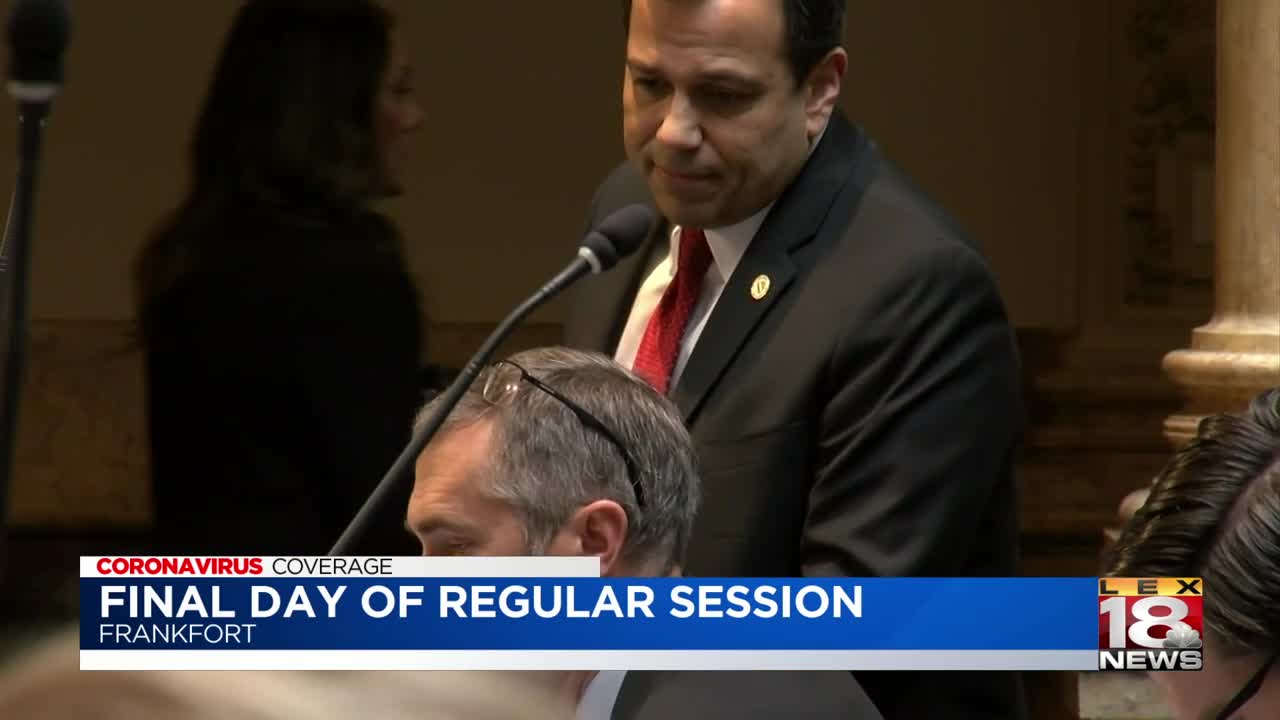 FRANKFORT, Ky. (LEX 18) — The General Assembly is in the final hours of a session unlike any other.

It was a session that started with hopes of new revenue streams and hope, ending with empty chairs, hand sanitizer and a rush to get as much done on the last day as possible.

Over in the House, debate over line item vetoes from Gov. Andy Beshear led the day, beginning with the more than $11 billion executive branch budget bill.

"The governor needs flexibility when it comes to restrictive funds. It's never been limited, so why would we limit it now of all times," said Rep. Hatton.

Republican Representative Steven Rudy, who voted to override the line veto, said the legislators have proven they will work with Beshear in extraordinary times.

"I think that we have given him very very much leeway and being able to operate state government in these uncertain times. But we cannot give him absolute authority because that would be tyranny," said Rep. Rudy.

In the Senate, lawmakers called House Bill 405 for a vote.

This is a constitutional amendment that would extend terms for district judges, county attorneys, Commonwealth's attorneys and circuit court clerks to eight years.

That bill received bipartisan support in the Senate, and passed.

The assembly also received an update on House Majority Floor Leader Bam Carney, who has been hospitalized for more than 100 days.

The Covid-19 spread means he can't have family by his side in the hospital. But his recovery is continuing, and he was able to call his family at home this past weekend.