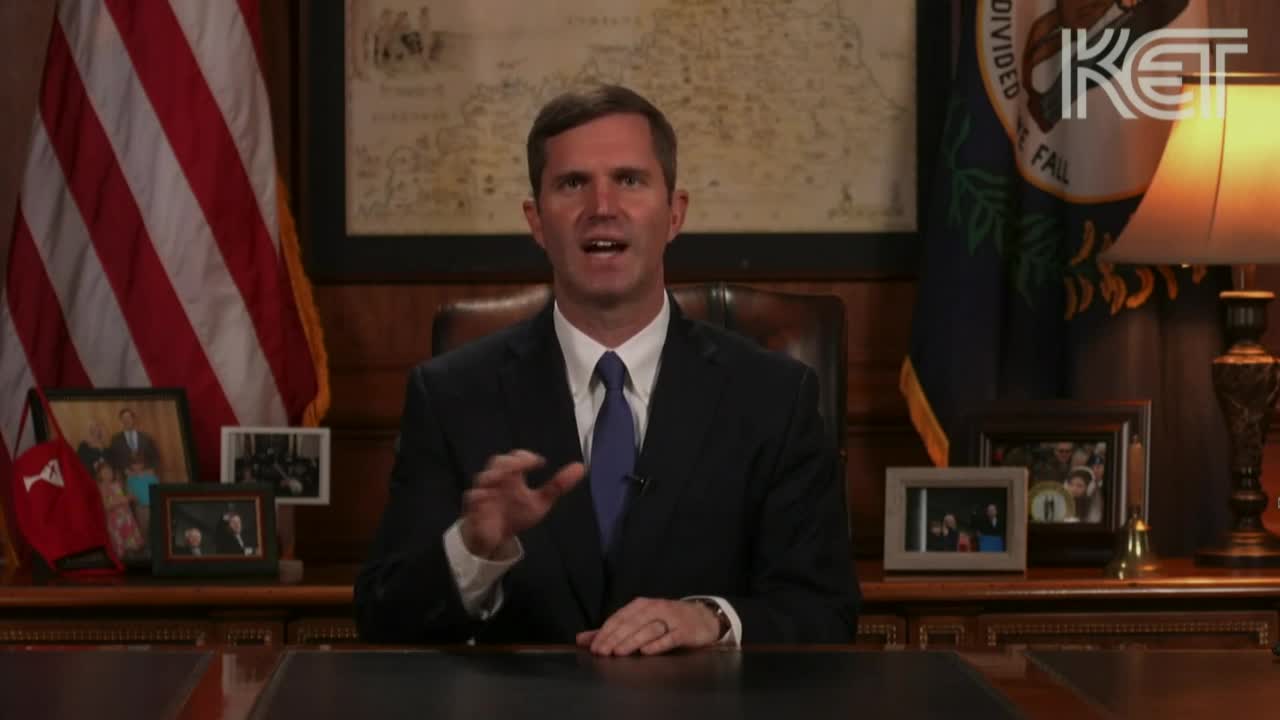 FRANKFORT, Ky. (LEX 18) — Governor Andy Beshear has unveiled a proposal that he says "will help ensure we take full advantage of every opportunity and lead in the post-COVID economy."

The "Better Kentucky Budget" proposal is divided into three pillars and includes relief to unemployed workers and small businesses. The budget proposal also provides improvements to the unemployment system, raises for educators and state employees, and an additional $100 million for the Rainy Day Fund.

The governor says the budget will allow the state to provide relief to those still hurting and to invest. State Budget Director John Hicks said the budget is structurally sound, fiscally responsible, and includes $600 million in one-time funds.

The budget also adheres to the Consensus Forecasting Group's revenue estimates, and it does not rely on new taxes, new revenue measures, or spending cuts.

Pillar 1: Immediate Relief to Families and Businesses Harmed During the Pandemic

For individual relief, the governor is authorizing $48 million in CARES Act funding to those still waiting to receive unemployment benefits. It will also help those who missed out on the federal government's Lost Wages Assistance Program because they made too little.

Pillar 2: Investing in Our People

As teachers had to adjust their school curriculum to online instruction, Gov. Beshear proposes a $1,000 raise for teachers and classified staffers for going "above and beyond in their duties." The governor is also proposing a 1% raise for state employees. Under the proposal, local and state law enforcement and firefighters will also receive a $600 stipend increase from the Law Enforcement and Firefighters Foundation Program funds, bringing the stipend up to $4,600.

The budget proposal includes fully funding Medicaid, adding 76 new social workers for child protective services, increasing the number of slots available for Michelle P Medicaid waivers, and more. Local health departments would receive another $12 million in the fiscal year 2022 to improve their epidemiology and clinical capacity. It also includes more than $580,000 for the University Press of Kentucky.

Pillar 3: Investing Boldly in Our Future

Gov. Beshear says the proposal would use $272 million in one-time funds to improve infrastructure and create thousands of jobs while exercising fiscal responsibility. It includes a one-time $100 million investment to renovate or replace crumbling schools.

The budget also provides $50 million to fund last-mile broadband coverage. This is the first time that state dollars have been used to invest in expanding broadband.

The governor said it is time to legalize medical marijuana, pass sports betting, and save historic horse racing. He also said part of building a better Kentucky is acknowledging and addressing racism.

"To live our motto, 'United We Stand,' requires us to view and treat each other as equals," Gov. Beshear said.

Finally, Gov. Beshear urged lawmakers to come together in support of all Kentucky families and take the virus seriously.

"Now is our time. We can't play politics while our people struggle," Gov. Beshear added.

Gov. Beshear ended his remarks by reminding Kentuckians that this is likely one of the most important and formative years for Kentucky in a generation.

"Let's get to work in building a better Kentucky," he said.