Issue of historical horse racing to be decided by Supreme Court 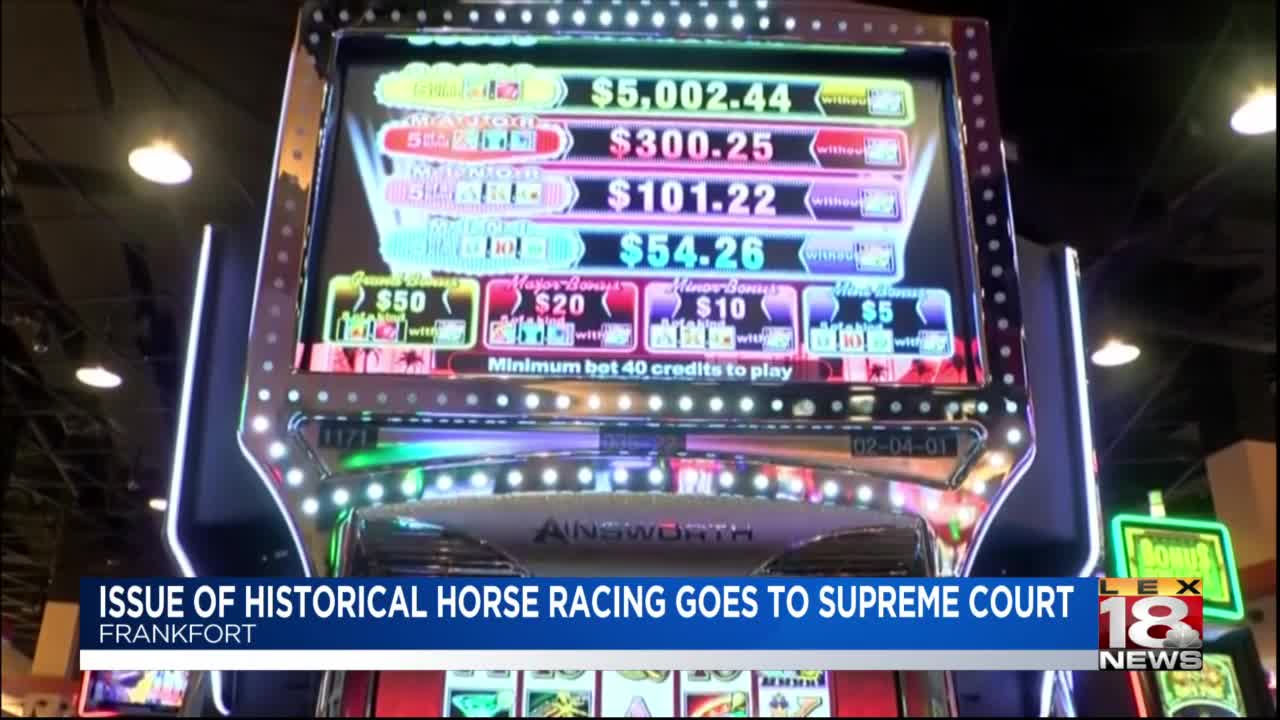 Over the past decade, wagering on historical horse racing has expanded across the state.

But the Family Foundation is challenging whether or not historical horse racing fits the definition of pari-mutuel wagering permitted in Kentucky.

The Family Foundation questions how that can be considered pari-mutuel when you don't know who you're actually wagering with or against.

"But the precise issue today is whether or not in order for wagering to be pari-mutuel, do players have to be wagering with, among, or against each other on the same uncertain event or group event? The appellees, the race tracks and the racing commission, say they do not. The Family Foundation says they do," said Stan Cave, attorney for FF.

This issue has reached the Supreme Court before, back in 2014. Attorneys for the Kentucky Horse Racing Commission argue that this is just a repeat of the same argument from 2014, when the ruling when in the industry's favor.

"Because the question is simply, does this type of wagering fit the pari-mutuel definition that was approved by this court, and found to be valid, back in 2014. Judge Wingate made factual findings as it relates to the legal conclusions made by this court in 2014. Those factual findings, at least in my opinion, are supported by considerable evidence at trial" said Jennifer Wolsing, attorney for HRC.

Historical horse racing has continued to expand across the state. Cave points out that this has all happened without any action from lawmakers when this is a policy issue.

"Where the tracks have had an opportunity to have a monopoly in occupying gaming space without a single action of the legislature, a vote of the people, or even an executive order," said Cave.

Wolsing argues that intervening by the General Assembly has not been necessary, and points out the contribution to the state's general fund through excise taxes.

"This decision revolves around whether historical horse racing in its current incarnation is truly pari-mutuel or not. If it's not pari-mutuel, then unfortunately they would have to discontinue. And that would have deleterious consequences for the associations, patrons, and racing as an industry," said Wolsing.

After almost two hours, the arguments finished. Now, the case is in the hands of the Supreme Court.