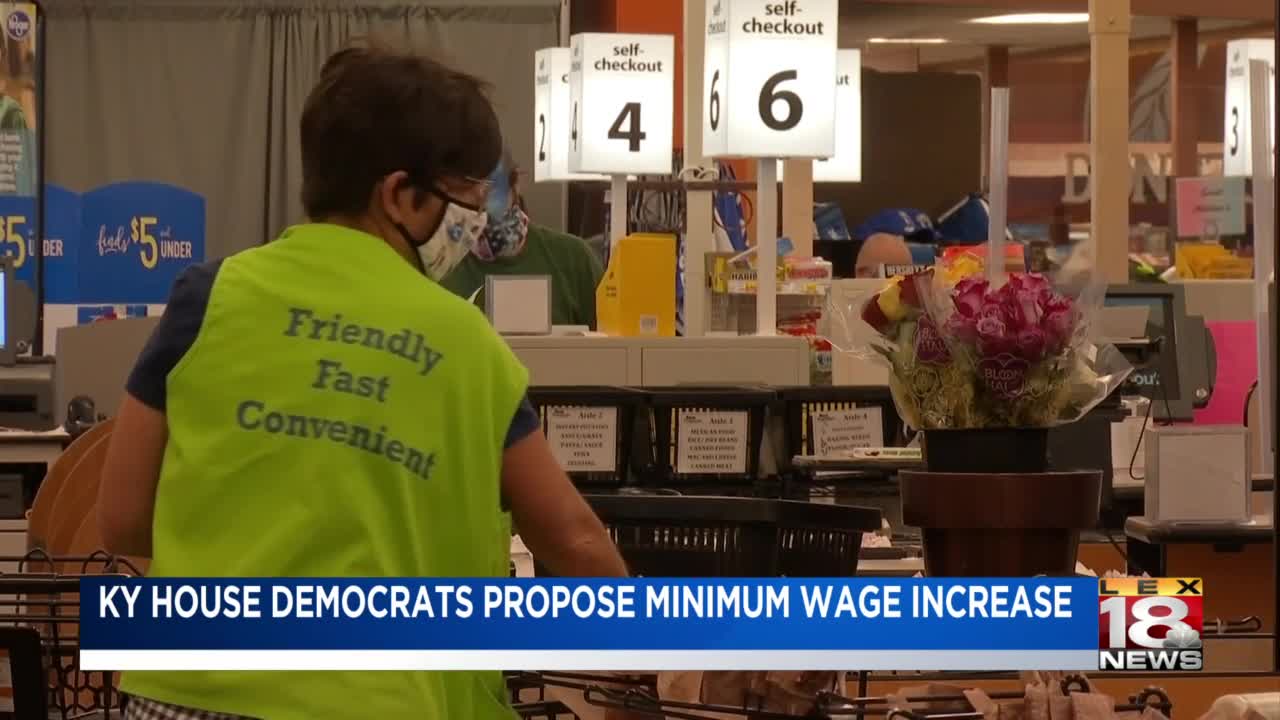 Many people view Labor Day as the unofficial end of summer. However, the day does more than that. Labor celebrates America's workers and honors the progress of the Labor Movement. 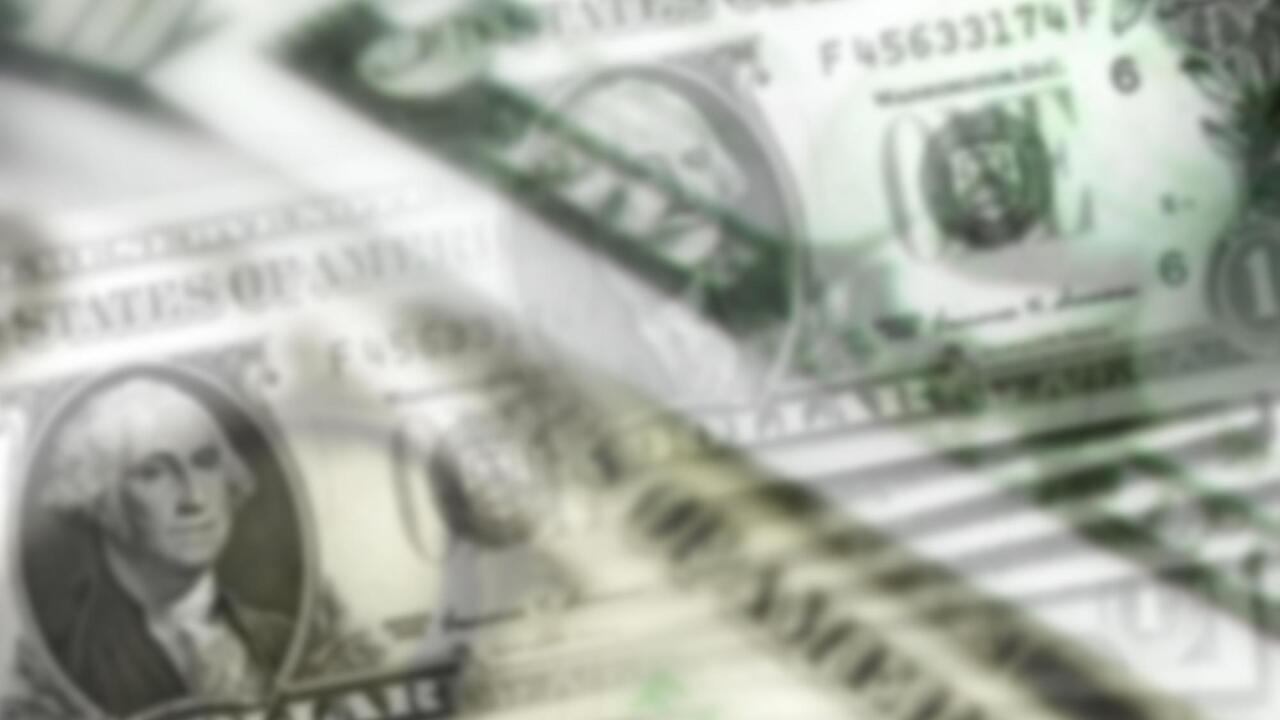 (LEX 18) — Many people view Labor Day as the unofficial end of summer. However, the day does more than that. Labor celebrates America's workers and honors the progress of the Labor Movement.

"Our country has come a long way since the first national Labor Day holiday in 1894, but there is still so much to be done," House Democratic leaders Joni Jenkins, Derrick Graham, and Angie Hatton said in a joint statement. "We believe these bills if enacted, would further that progress in remarkable ways and strengthen our already second-to-none workforce as we chart a new economic path in the coronavirus era."

Rep. Angie Hatton reiterated that point in an interview with LEX 18 News.

"Labor Day is a day where we recognize all of the progress that we've made for American workers throughout our history and especially thanks to labor unions, we have made huge strides in the way workers are treated, the way they are able to support their families with living wages, breaks at work," said Hatton. "Even as we pause to celebrate all of the progress we've made, we know that there is plenty of work still to be done."

Some of the Democrats' list items are paid parental leave, paid sick time, and an increase in the minimum wage.

"Study after study has shown that Kentucky's minimum wage does not afford even a couple - let alone a family with children - the minimum that they need to survive with rent and utilities and transportation costs," said Hatton.

Some workers like Kroger Deli employee David Czarnecki agree that an increase would help a lot of employees.

However, not everyone agrees that the minimum wage should be adjusted. It's an argument that comes up often at Kentucky's Capitol, and some lawmakers don't support an increase. But for Kentucky House Democrats, it's a big priority, and they're not just stopping there. They also want to strengthen unions by repealing Kentucky's Right-to-Work law.

"We owe unions a real debt of gratitude for a lot of the privileges and workplace amenities that we have come to expect and appreciate like the breaks during an eight hour day, lunch breaks, and eight-hour workdays and overtime, and child labor laws," said Hatton. "All of those things we owe to union workers. So while we are taking a moment to celebrate labor today, let's not forget labor unions, and (repealing) the Right-to-Work law would be an amazing way to thank them."

Here is the complete list of bills announced by the House Democrats today:

1) RAISING THE MINIMUM WAGE: This would be done in regular increments until it reaches $15 an hour and includes pay-equity protections. "A study a few years ago showed Kentucky had the highest percentage of workers in the nation earning the minimum wage, and yet this hourly rate has remained frozen since 2009," House Democratic Caucus Leader Joni Jenkins said. "It is time we give these workers the raise they deserve and do more to make sure people are paid fairly regardless of their gender."

2) REVERSING PUNITIVE WORKERS' COMP CHANGES: This 2018 law requires most workers with permanent but partial injuries to assume their worker's comp medical costs after 15 years. That law also significantly and unnecessarily reduced the number of doctors certified to diagnose black lung for workers comp benefits. "Worker's compensation premiums have long been trending downward for our businesses, while black-lung cases have been rising in recent years," House Democratic Caucus Whip Angie Hatton and Representatives Ashley Tackett Laferty, Rachel Roberts and Jim Glenn said in a joint statement. "Despite that good news on one hand and bad news on the other, the General Assembly made these changes anyway. It was both hurtful and unnecessary, and we think it is past time to reverse these changes before they harm even more Kentuckians needlessly. We're proposing three bills that would do just that."

3) REPEALING RIGHT-TO-WORK: This 2017 law requires unions to cover collective bargaining and other labor-related costs for non-dues paying members. "This was an unnecessary measure designed to do nothing but hurt unions," Representatives Al Gentry and Jeff Donohue said. "Nowhere else in the law do we require some workers to pay for advocating for others, and that's unfair. In Missouri, voters reversed that state's right-to-work law in 2018 by a two to one margin. We believe this law is just as unpopular here."

4) RE-ESTABLISHING PREVAILING WAGE: "For decades, the prevailing wage served its purpose well by paying workers what they deserved while making sure taxpayer-funded projects were built by those with the proper training," Representatives Dean Schamore and Al Gentry said. "Repealing this several years ago didn't save money; it just took it from the pockets of our workers and gave it to others in the private sector. It's time to restore the balance we had and that the federal government still maintains."

5) RESTORING REGIONAL CAREER CENTERS: "It was a bad idea to close these regional unemployment centers under the last administration, and the problems facing us now because of the coronavirus are a perfect example of why that was wrong," Representative Terri Branham Clark said. "My bill would re-open these centers across the state so that Kentuckians in crisis would not have to travel to Frankfort for the help they need or wait for weeks on the phone. We need those trained in this field to be back in our communities."

6) REQUIRING EARNED PAID SICK LEAVE: "If this pandemic has taught us anything, it's that employees who are sick need to stay at home so they can recuperate," Representative Cherlynn Stevenson said. "Many workers, however, cannot afford to take any time off. My bill would give them the ability to do that by extending a benefit many of us take for granted."

7) PROHIBITING EMPLOYERS FROM ASKING PREVIOUS SALARIES: "This information is being used to keep wages down from what an employer would otherwise pay," Representative Rachel Roberts said. "That, in turn, makes it much tougher to do away with long-standing pay inequities faced by women and minorities. A job should pay what the employer is prepared to pay; it shouldn't depend on what an applicant made before working there."

8) STOPPING WAGE THEFT: "Workers across the country are losing billions of dollars a year because their employers are misclassifying them or simply not paying them as required," Representative Ashley Tackett Laferty said. "The legislature is studying this issue right now within the construction industry, but I want to be sure that we tackle this across the board. It's a concept that has a lot of bipartisan support."

9) ESTABLISHING LEAVE TIME FOR CRIME VICTIMS: "In too many cases, workers who are the victims of a crime are re-victimized when they're not allowed to take time off to attend legal matters tied to their case," Representative Maria Sorolis said. "My bill would carve out a humane exception so that these people can ensure justice is served without risking their job."

10) REQUIRING PAID PARENTAL LEAVE: "Virtually every country with an economy like ours offers some form of parental leave, but the United States does not require a single week," Representatives Josie Raymond, Kathy Hinkle and Ashley Tackett Laferty said in a joint statement. "We cannot change what happens in Washington, but we can here in Kentucky. It's time for us to give new parents the time they and their children deserve. Those first weeks and months in a child's life are critical for them."

11) COLLECTIVE BARGAINING RIGHTS FOR PUBLIC EMPLOYEES: "All workers, public and private, should have the right to sit down with their employer to talk about wages, benefits, and job safety if those workers have chosen to organize themselves into an exclusive bargaining unit," Representative Buddy Wheatley said. "We allow this for some first responders in Kentucky; it's time we allow collective bargaining rights for all public employees."

12) REQUIRING GOOD-PAYING JOBS FOR STATE TAX INCENTIVES: "We have to make sure that we get the most benefit out of our state tax incentives, and we can do that by making sure they go to creating good-paying jobs," Representative Jeff Donohue said. "By taking this approach, we can better target our limited resources to attracting those companies that pay a living wage and offer what we want and need to strengthen our economy."

13) PRIORITIZING KENTUCKY & AMERICAN MADE PRODUCTS: "Public agencies should prioritize goods, iron and steel that are either manufactured here in Kentucky or elsewhere in America, as long as the price is competitive," Representative Dean Schamore said. "My bill makes that goal a requirement here for our governments."