Kentucky lawmakers asked to consider bills that would change policing 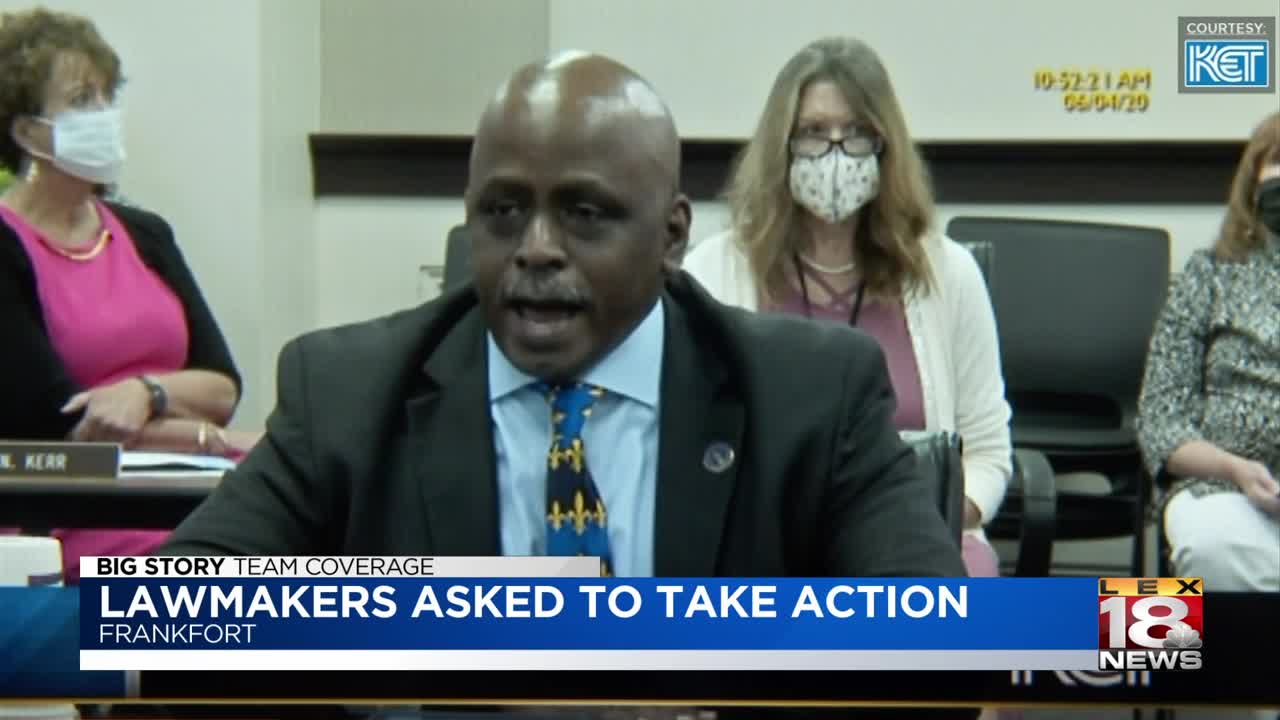 FRANKFORT, Ky. (LEX 18) — Lawmakers on the Interim Joint Judiciary Committee met in Frankfort on Thursday and learned about what they could do to help fix policing in Kentucky.

David James, the president of the Louisville Metro Council, and Keturah Herron, a member of Black Lives Matter, spoke about the injustice the Black community has faced.

In order for things to change, protesters in Kentucky have been demanding changes in policing. They've asked for a ban on no-knock warrants. They've asked for citizen review boards with subpoena power and policies that require police body cameras to be on and rolling. They also want bad police officers to be disciplined and fired.

"In order to help with the police issue, we have to build back credibility in our police departments," said James. "There has to be trust between the community and the police for policing to ever work and be successful."

James asked lawmakers to help with these changes by changing state law. He said a good start would be laws that take on no-knock warrants, citizen review boards, and policies that can be used to protect bad officers.

"The Police Officer Bill of Rights - I know about it, I used to be one. For 30 years, I was a police officer," said James. "Because of the way it's written, it limits management's ability to deal with [the] discipline of bad police officers because there are some. I don't think you want bad police officers policing our communities. I know I don't. I want the good ones policing the community."

Lawmakers seemed receptive to the conversation and promised to hear more about the issues.