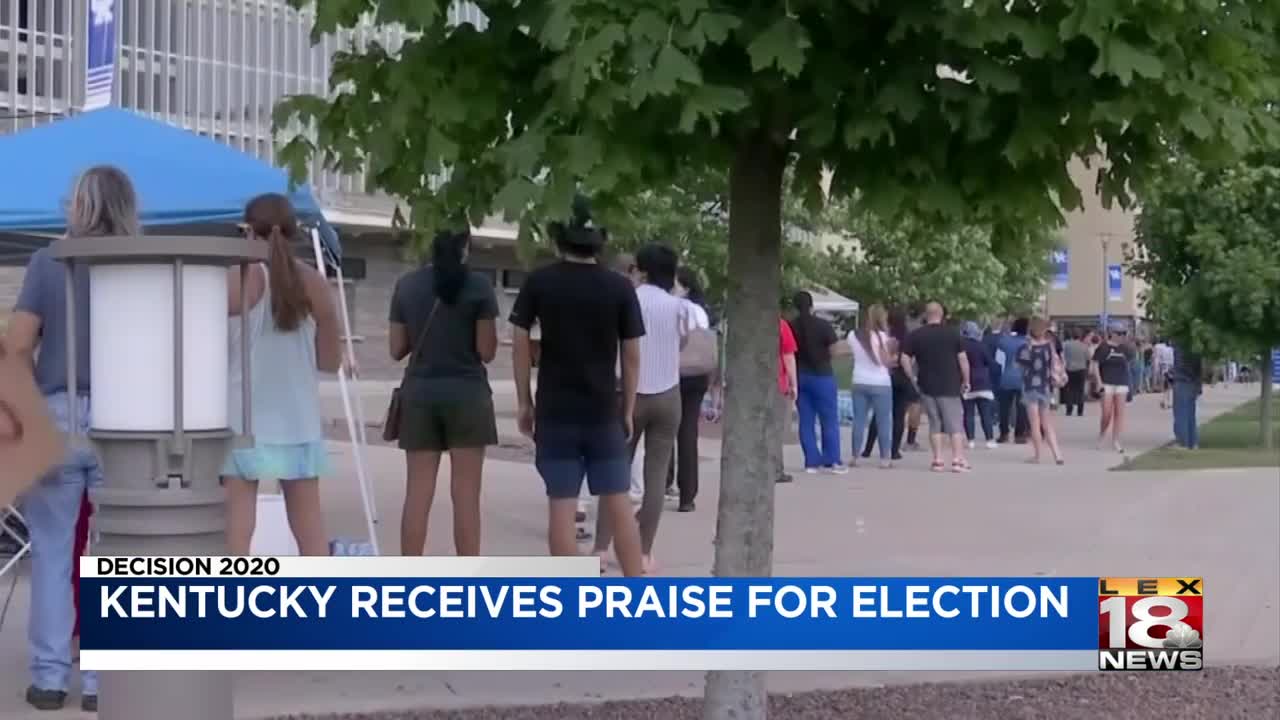 (LEX 18) — Kentucky's primary election is making national headlines again. However, this time it is for being an example of a successful election during the pandemic.

Days before Kentucky's primary election, the nation's spotlight was thrown onto Kentucky, and accusations quickly took off. Hilary Clinton and Lebron James were among those who called Kentucky out, saying the lack of polling would lead to voter suppression.

Fast forward to this past weekend and a Politico article was published titled "Coronavirus threatened to make a mess of Kentucky's Primary. It could be a model instead."

In the article, voting rights experts say other states should reach out to Kentucky for advice on how to scale up safe voting for the November elections. It is a very different tone from what people across the country were saying just two weeks ago.

In Kentucky, experts knew the June primary would be a success because, while there were fewer polling sites, there were also other options for people to vote such as early voting and absentee voting.