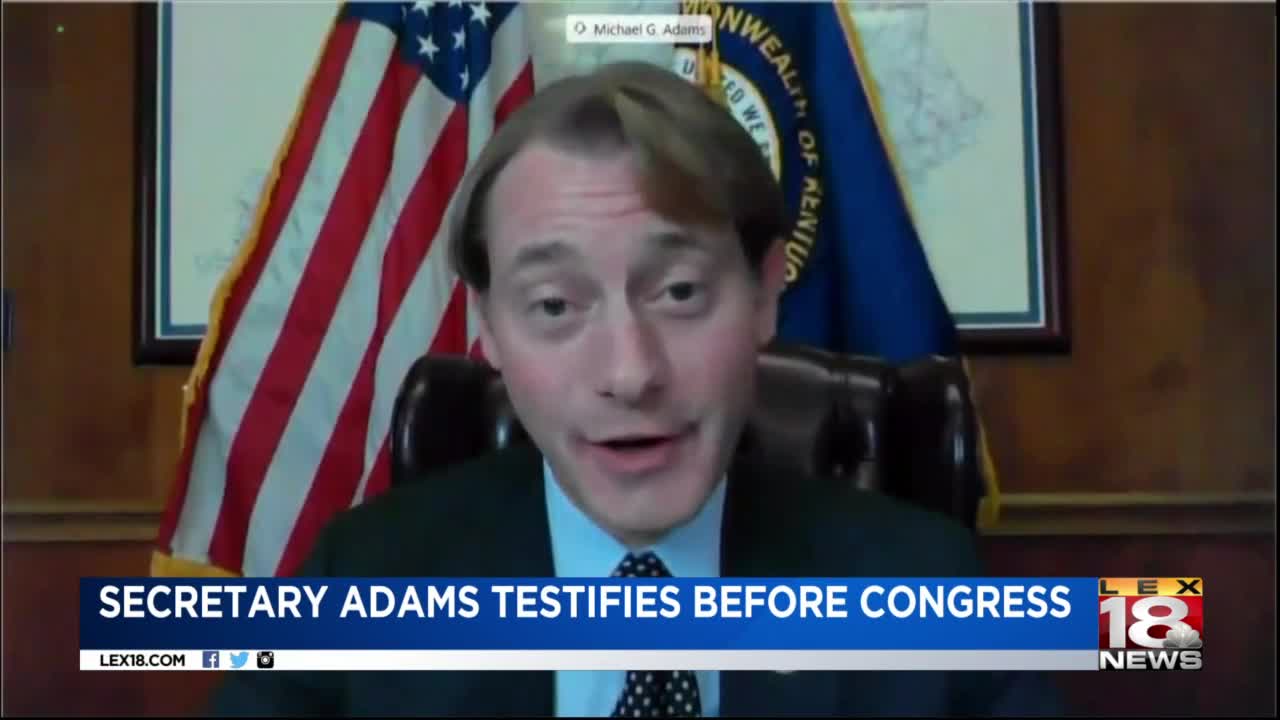 FRANKFORT, Ky. (LEX 18) — Shortly into his testimony before Congress, Kentucky Secretary of State Michael Adams reminded the members of the Committee on Homeland Security that just a few months ago, unfair accusations were made about Kentucky's Primary.

"There were those outside our state who thought they knew better how to run our election than we did. Whether in Hollywood, New York, or here in Congress - they put out false and hateful tweets that riled up citizens of other states to jam our phones with obscene calls and even death threats," Adams said in his opening statement. "Everything that they accused us of and everything that they predicted would happen was just flat wrong, and they should all be ashamed."

Now many voting experts across the country consider Kentucky a model state for how to hold a successful election during the pandemic. So Adams wanted to remind people that they jumped to unfair conclusions in June.

"To me, it was important to go to Congress, and they bear some responsibility because you had some members of Congress who were part of the defaming of our state - calling us racist, Jim Crow vote suppressors," Adams told LEX 18 after the congressional hearing ended. "That's just wrong."

Many across the country also want to know how Kentucky is pulling these successful elections off. So Adams was able to share what works here in Kentucky. His big points to Congress were to let local leaders make election decisions and work together, just like he and Governor Andy Beshear have done.

"I've had lots of Democratic and Republican Secretaries of State call me and say 'hey, how'd you pull this off? What's your secret sauce?' I'm really proud of that, and I think the key to that is to be bi-partisan," said Adams. "That way, you get the best ideas from both sides."