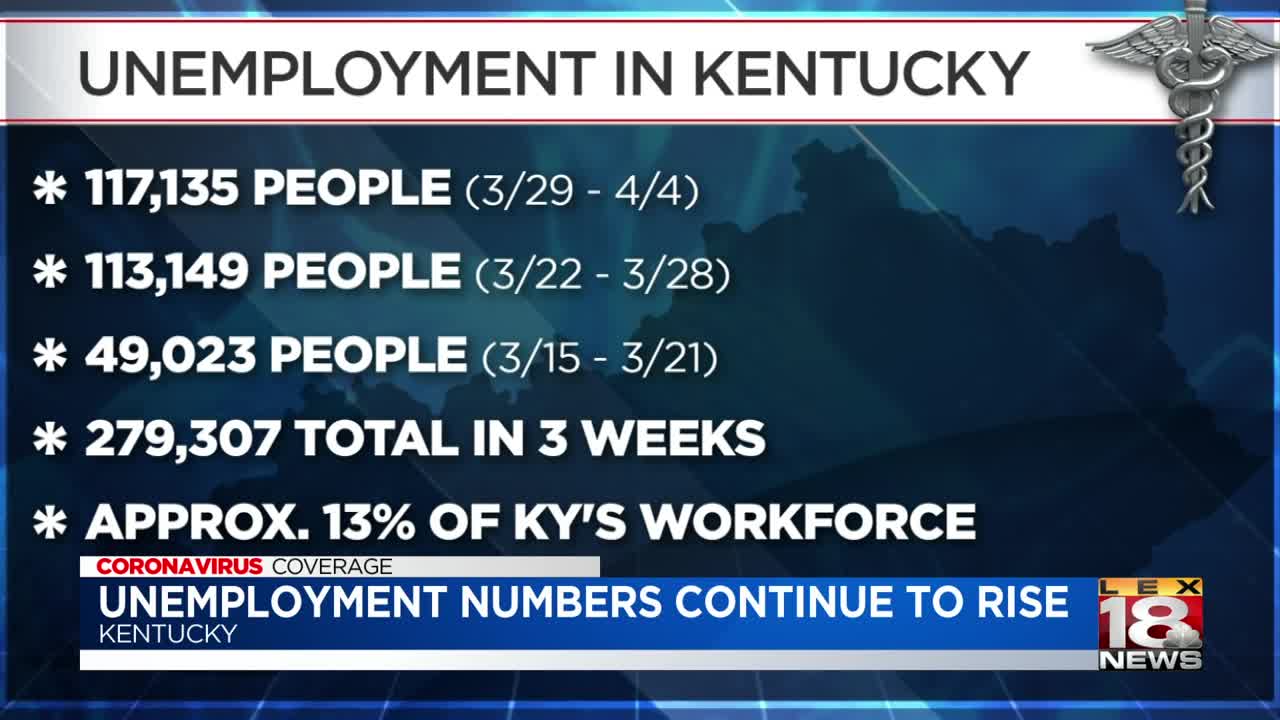 In Kentucky, it's a similar story. The state's unemployment numbers continue to rise. According to the Department of Labor, 117,135 people in Kentucky applied for unemployment between March 29th and April 4th. That's a record high.

That brings Kentucky's total to 279,307 people who have applied for unemployment between March 15 and April 4. Based on labor force numbers for February 2020, that is approximately 13% of Kentucky's workforce.

As these numbers continue to increase, additional help is on the way. At Wednesday's coronavirus update, Governor Andy Beshear received news that federal funding for an extra $600 per week in unemployment has been approved.

"This is great news for so many people out there," Beshear said. "We just received access to the additional 600 dollar payment for unemployment from the federal government and we have confirmed that we will start payments (Thursday) evening."

This $600 per week will be in addition to the amount Kentucky is giving. So if you are on unemployment, you will get your amount from Kentucky and on top of that, you will also get the $600 per week thanks to federal funds.

The federal government will also be giving most people a one time check of $1,200. That is part of the coronavirus relief bill that was recently passed.

"I appreciate that legislation passed by the federal government and signed into law by the president. It's really going to help our people, especially since so many only get a certain percentage of what their income would otherwise be," Beshear said. "This is going to be a significant help."