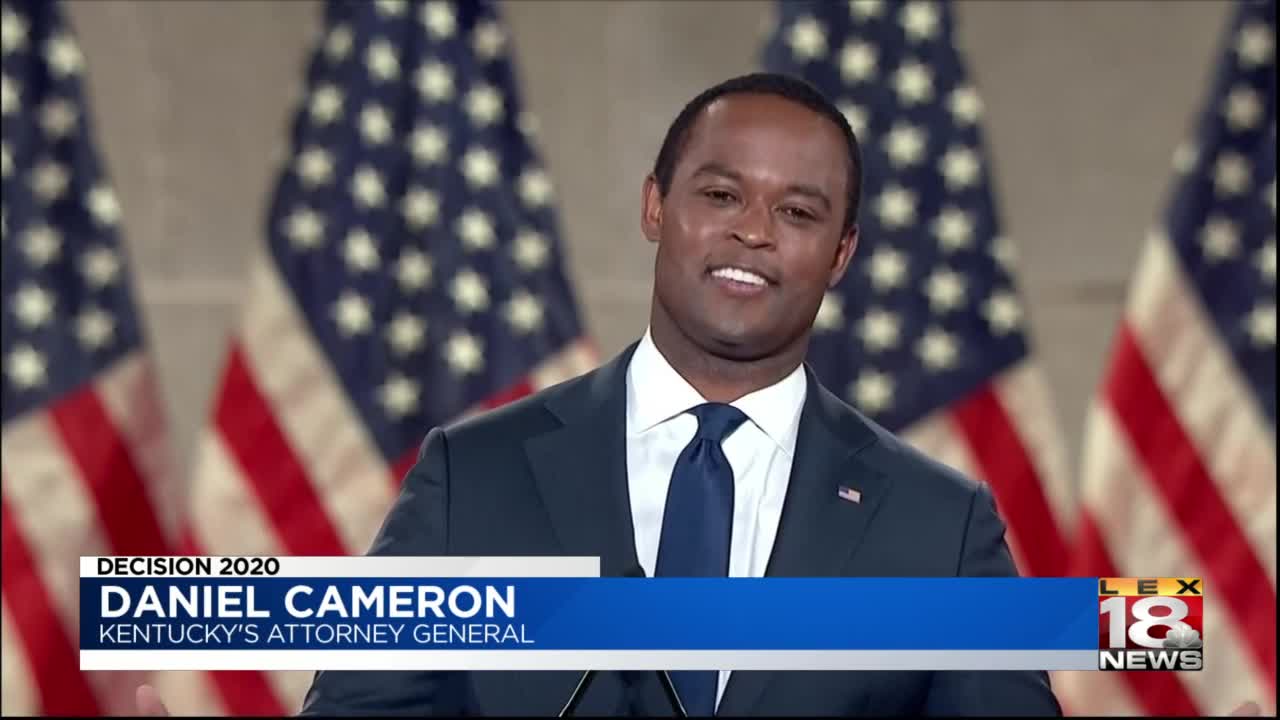 Cameron has also been in the national news for the past few weeks because of his office’s high-profile investigation into the death of Breonna Taylor. As Kentucky and the rest of the country await the results of that investigation, Cameron mentioned Taylor’s name in his speech.

“Even as anarchists mindlessly tear up American cities while attacking police and innocent bystanders, we Republicans do recognize those who work in good faith towards peace, justice, and equality. In fact, it was General Dwight Eisenhower, a future Republican president, who said democracy is a system that recognizes the equality of humans before the law,” said Cameron. “Whether you are the family of Breonna Taylor or David Dorn, these are the ideals that will heal our nation’s wounds.”

“Republicans will never turn a blind eye to unjust acts, but neither will we accept an all-out assault on western civilization,” Cameron continued.

“It was nice to see him using a national platform to remind those watching the Republican convention of my daughter’s name,” Palmer said. “I hope the next time we see him he’s telling the country he’s charging all officers responsible for my daughter’s death (or murder) and is committed to getting her overdue justice.”

Cameron must ultimately decide whether or not to charge three Louisville Metro police officers for their role in Taylor’s death. On FOX News, Cameron said he was in Washington D.C. to meet with the FBI and the Department of Justice about the case.

“We’re still waiting on some information from the FBI as it relates to ballistics analysis that’s being undertaken there,” Cameron said on FOX News. “We hope to receive that information soon, and then be able to analyze it and make judgments from there.”