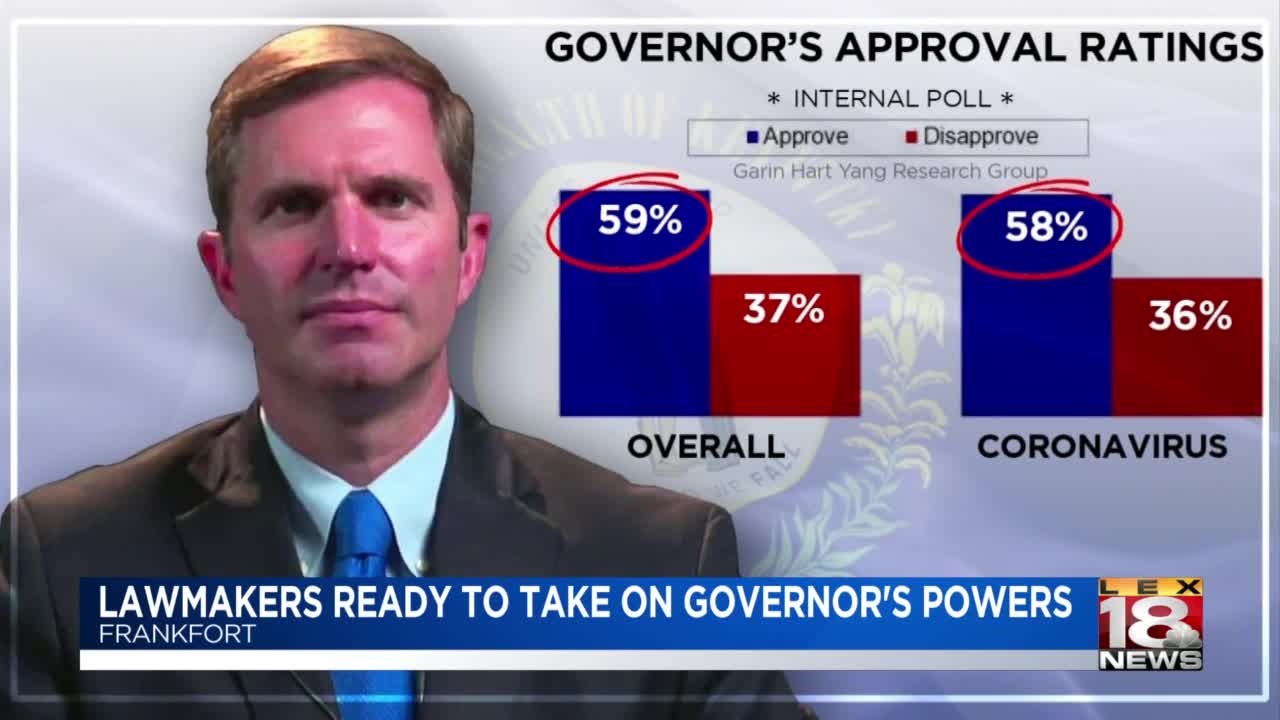 FRANKFORT, Ky. (LEX 18) — January 5 marks the beginning of the 2021 legislative session in Kentucky, and Republican leaders have indicated that one of the first things they'll do is curb the governor's emergency powers.

"I think the election was a cry for help from people around this commonwealth," said Sen. Damon Thayer in December. "I think we have a mandate to act, to act boldly, and to act quickly, so I would suggest that you guys have your stamina shoes on starting January 5th."

And one of the first things republican lawmakers said they'll do is take on the governor's emergency powers. It's no secret that they disagree with several of Governor Andy Beshear's COVID-19 orders. But up until now, there wasn't anything they could do about them because the choices the governor made were within his legal power.

So, lawmakers want to change that, and they believe they have the public's support.

"They are very upset with a lot of decisions made by Gov. Beshear, and they want to trim the sail, so to speak, of the executive branch," said Thayer. "Not just of this one, but all governors in the future."

Kentucky Democrats, on the other hand, believe the public supports Beshear's handling of the coronavirus. The Kentucky Democratic Party points to a recent internal poll that says 59% of Kentuckians approve of Beshear overall and 58% approve of how he has handled COVID-19. The poll was done by Garin Hart Yang Research Group, which is rated a B/C pollster according to 538.

“Gov. Beshear has been willing to make the hard decisions necessary to keep Kentuckians safe and alive during this worldwide pandemic," said Kentucky Democratic Party Chair Colmon Elridge. "It has been clear since day one that Governor Beshear was committed to putting public health above politics. These poll numbers are a reflection of that reality: Kentuckians overwhelmingly trust Governor Beshear to make the right decisions to keep themselves and their loved ones safe."