Looking to November: How will the election look? 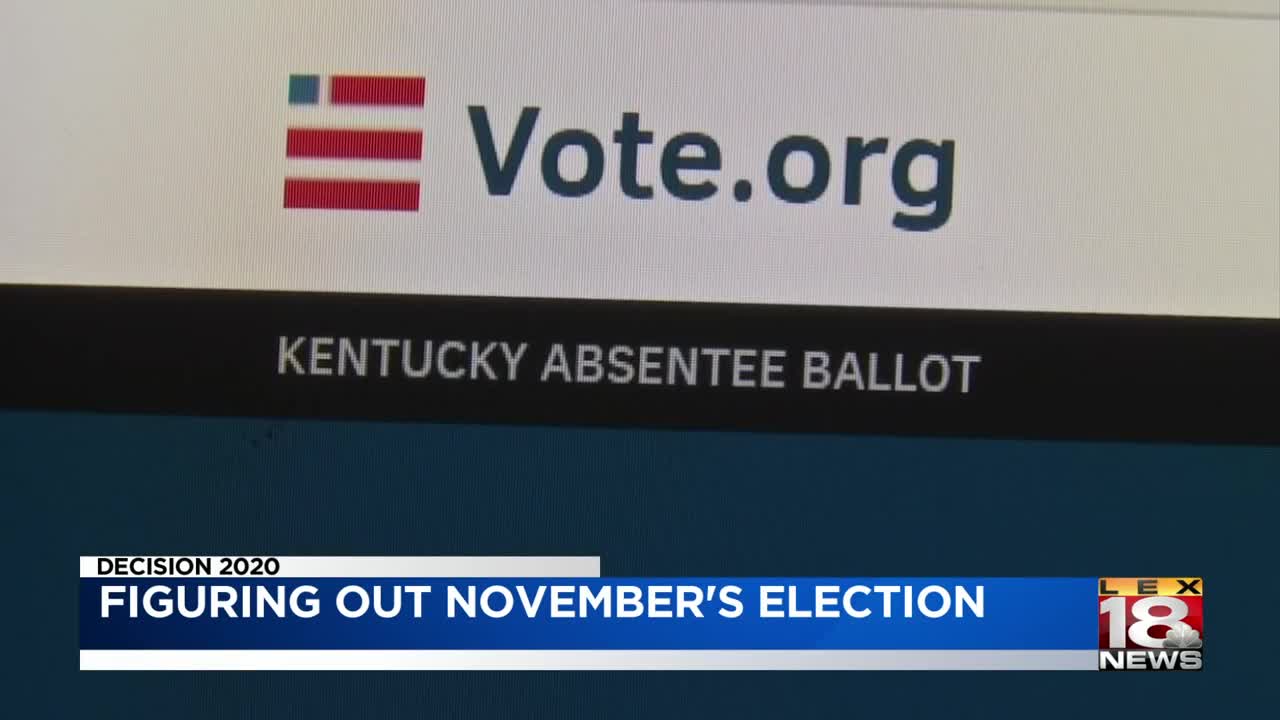 FRANKFORT, Ky. (LEX 18) — With the Primary finally wrapped up, attention has shifted to Kentucky's upcoming General Election in November.

Even though it's still months away, some county clerks want a decision to be made soon about how Kentucky will vote. They had about six weeks to plan and pull off an unprecedented June election, but they admit it was stressful.

"We absolutely cannot do that again in November. We must have far more warning and planning time," said Fayette County Clerk Don Blevins Jr after reading the vote totals on Tuesday.

The reason for that is voter turnout. More people tend to vote in general elections.

"In November, we will easily double what we just did," said Blevins. "And that's going to be a little more of a challenge."

However, Kentucky may not decide on how to conduct the election for a few weeks. The Secretary of State says election rules can be altered if there is an emergency, so he needs to see how the coronavirus is tracking before making any decisions.

"People think that I have a magic wand that I can wave and change the election rules. I don't. I've got emergency powers. It's much different," said Secretary of State Michael Adams." I'm not going to abuse my emergency powers by making a recommendation to the governor before I know what kind of a situation we have in the fall, but I'm not going to sit on my hands unnecessarily."

Adams hopes to have an agreement with Gov. Andy Beshear done by labor day at the latest.

When Gov. Beshear was asked about his hopes for the upcoming election, he was hopeful early voting and no-excuse absentee voting would be provided options.

"We have to put those same conditions into place in November - both because we are going to be dealing with this pandemic, but we just held a great election," said Beshear. "Democracy is strengthened when more people vote, and I can't imagine - whether it's the Secretary of State or others - why we would intentionally go backward knowing it's going to be harder for people to vote."