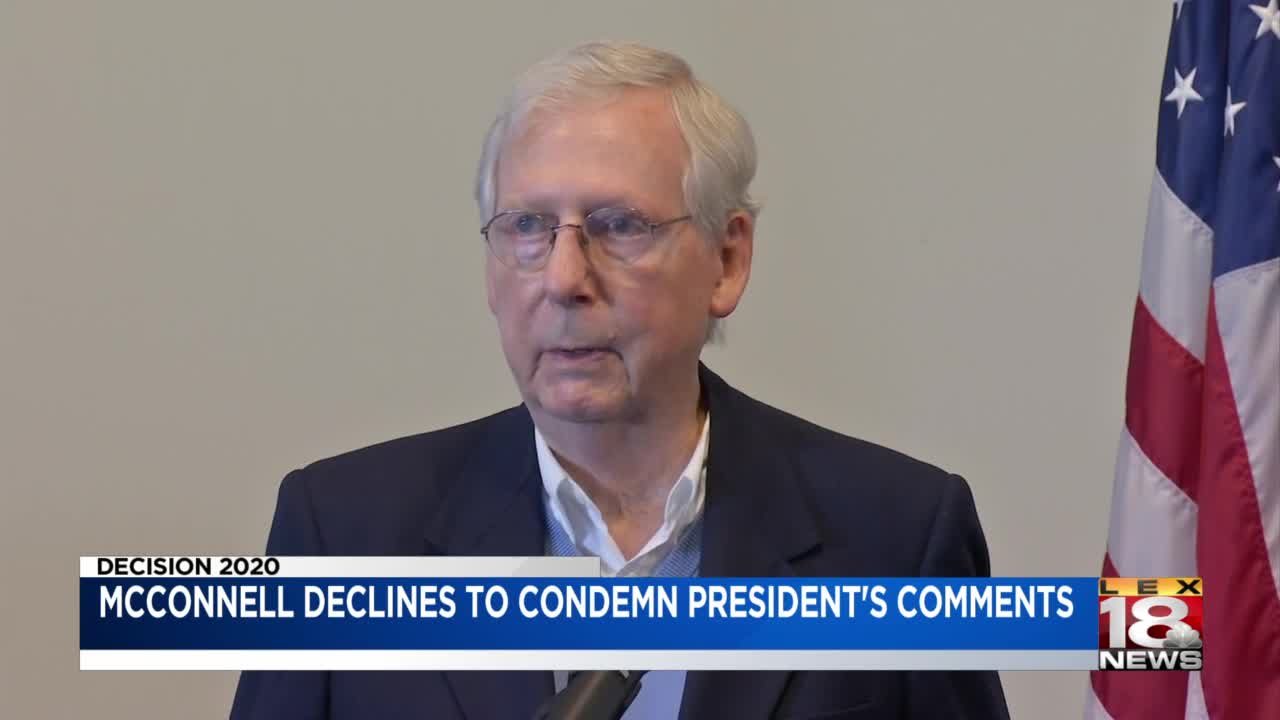 FRANKFORT, Ky. (LEX 18) — As votes across the country are being counted, President Donald Trump is talking about unsubstantiated election fraud.

Those allegations are currently unproven, and critics are looking to other top Republicans to say something about them.

Senate Majority Leader Mitch McConnell said he had addressed the situation in a tweet on Friday morning.

"Here’s how this must work in our great country: Every legal vote should be counted. Any illegally-submitted ballots must not," read the tweet. "All sides must get to observe the process. And the courts are here to apply the laws & resolve disputes. That's how Americans' votes decide the result."

Here’s how this must work in our great country: Every legal vote should be counted. Any illegally-submitted ballots must not. All sides must get to observe the process. And the courts are here to apply the laws & resolve disputes.

A few hours after he sent the tweet, McConnell appeared at a press conference in Frankfort to discuss the growth of the Kentucky Republican Party. As soon as he approached the microphone, McConnell made it clear he wouldn't be elaborating on the presidential race.

"I sent out a statement - a tweet - on Twitter this morning that I think you've all gotten, and beyond that, I don't have anything to say about that particular subject," he said.

However, some critics say the tweet is not enough coming from the country's highest-ranking Republican behind the president.

Reporters from across Kentucky asked McConnell to expand on his thoughts, but McConnell stood firm on his position to not elaborate.

McConnell did specify that he believes there will be a peaceful transfer of power if Joe Biden wins the presidency.

"Of course," said McConnell. "We've had a peaceful transfer of power since 1792."