McConnell outlines areas in need of improvement for GOP 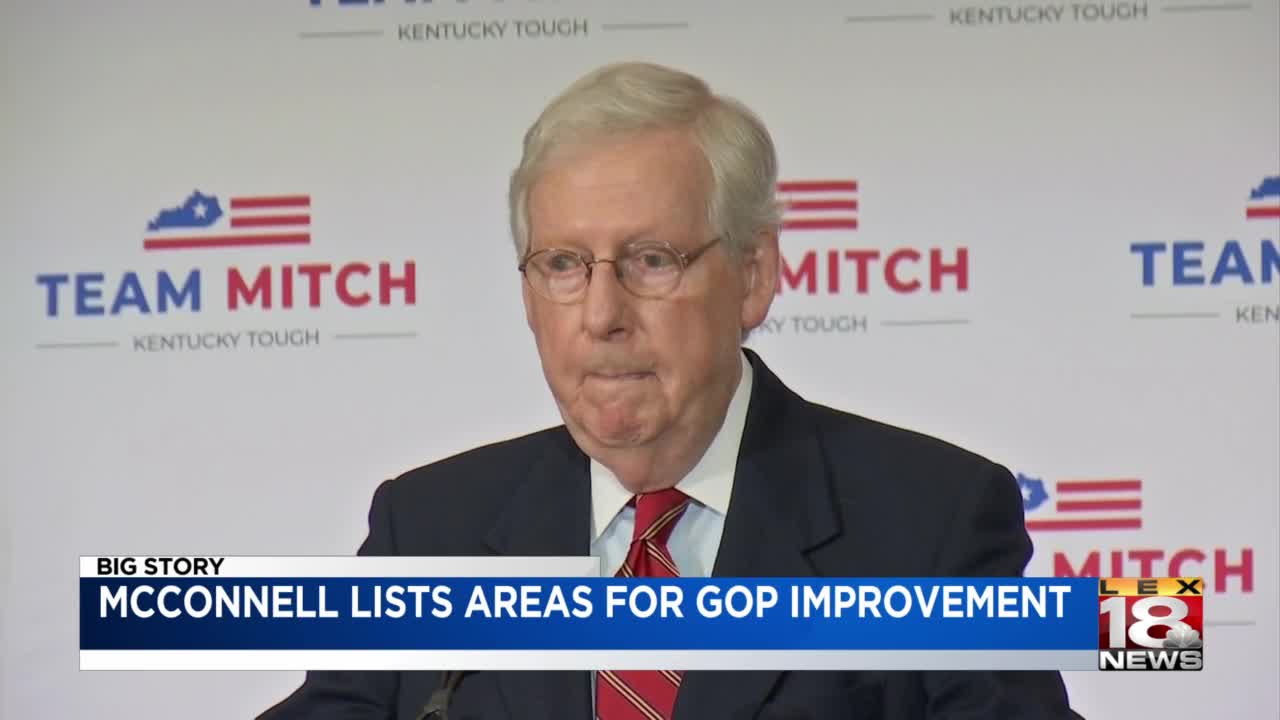 On Wednesday, McConnell reflected on his first senate race in 1984, where he pulled off an upset against incumbent Sen. Walter Dee Huddleston. McConnell won that election by 5,169 votes. He describes Kentucky as very different back then.

"If you drew a line from Bowling Green to Owensboro, there wasn't a single republican state senator or state representative in all of that area of Kentucky," said McConnell. "Not one."

Since then, Kentucky's political makeup has shifted.

"I never imagined I would be able to carry 117 to 120 counties," said McConnell.

Experts say part of McConnell's success comes from closely tracking all the changes over the years and adapting.

"Here he is with a 20-point win, and the present sweep of Kentucky - unprecedented wins in the legislature for the House and the Senate - and Leader McConnell is what? Dissecting what happened and looking for ways to improve," explained Bob Babbage of Babbage Cofounder.

And McConnell believes there is currently room for improvement.

Moving forward, he believes the GOP needs to win back the suburbs, do better with college-educated voters, and do better with women on a national scale.

"Nothing's perfect," said McConnell. "We had an overall better election than most people thought we were going to have across the country, but yeah, we have improvement we need to make."