McGrath determined to carve her own election path; willing to accept help from others 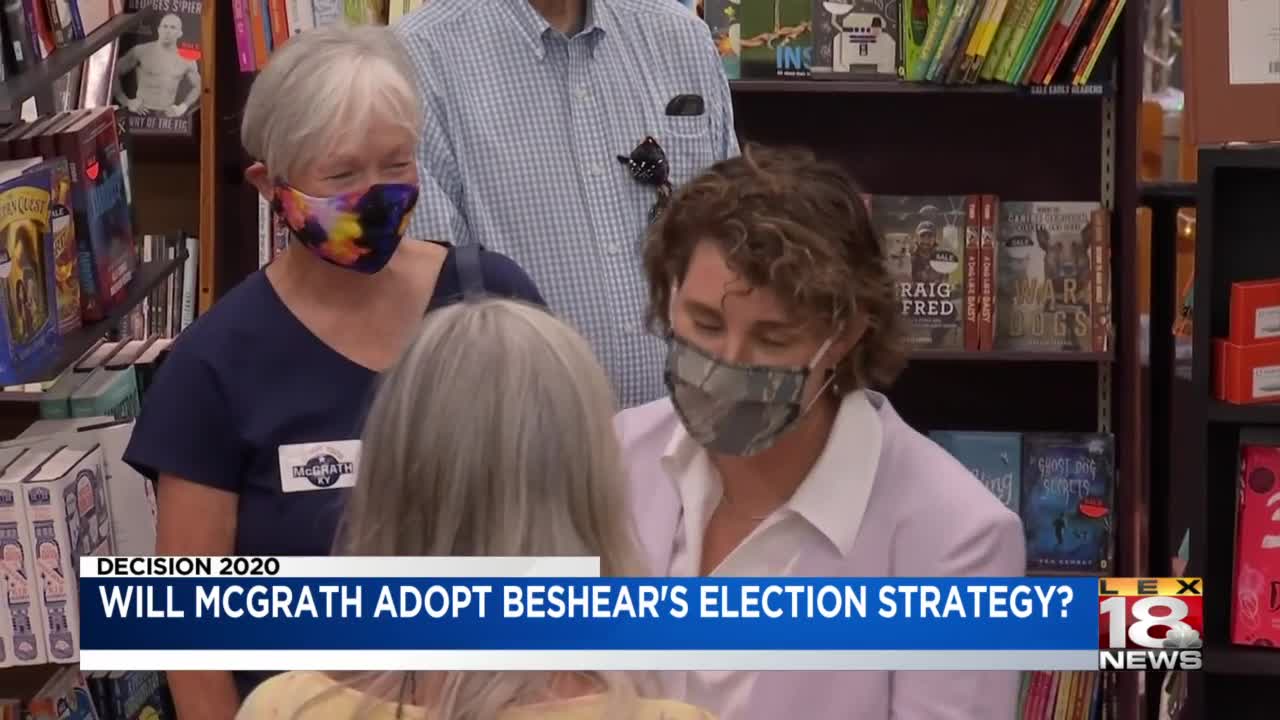 MOREHEAD, Ky. (LEX 18) — During her Wednesday stop in Morehead, Amy McGrath told her supporters that Senator Mitch McConnell has been in Washington for too long.

She is currently running against him in the race for the U.S. Senate, making her McConnell's seventh opponent since 1984.

McConnell has proved that he can win elections. So, is it possible for a Democrat to beat him? Some analysts point to Gov. Andy Beshear's victory when discussing this topic.

Beshear, a Democrat, beat a Republican incumbent governor in 2019. The vote counts show that Lexington, Louisville, and Northern Kentucky were critical to his victory. When asked whether she would adopt a similar strategy, McGrath said she's reaching out to all Kentuckians - in urban and rural communities. She made it clear she is running her campaign her way.

However, McGrath acknowledged that there are some similarities between her campaign and Beshear's.

Another thing Beshear did was have Rocky Adkins campaign for him in Eastern Kentucky. It's an area of the state that Adkins has a deep relationship with, and while McGrath said she hasn't asked him to come to her events, she wouldn't turn down his help.

"I know Rocky. He's a friend," said McGrath. "He's an awesome Kentuckian, and if his job permits him, I'm sure that Rocky would be out here."