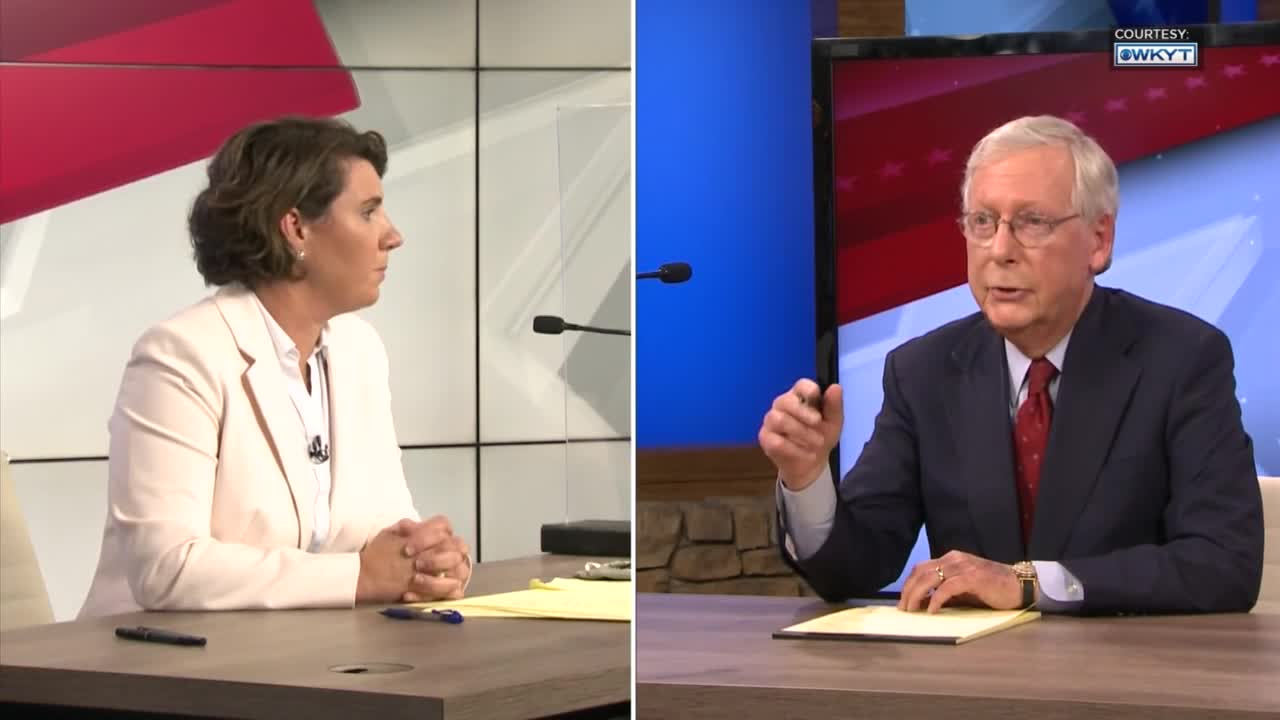 The candidates were able to tell voters where they stand on several big issues facing Kentucky. But like most things these days, the coronavirus was a big focus in the debate hosted by WKYT and Gray Television.

McGrath accused McConnell of not doing enough to help Kentucky during the outbreak.

"All along, he's playing these partisan political games. Even now, when Kentucky and America need more aid," said McGrath. "That's not what you're going to get from me. I have a plan to get us through this coronavirus so that our schools are opened up safely, so that we get our economy back, and stop playing these games."

In rebuttal to that claim, McConnell pointed to his work on the CARES Act, which provided about $3 trillion in coronavirus aid.

"Which has provided $13 billion for Kentucky, over a billion dollars for hospitals and health care providers," said McConnell. "And I try to be a good example too. When we went back into session in the Senate in May, I was the one that said we need to wear masks, practice social distancing."

Another big issue on the debate agenda was one that the country has its eyes on right now - the Supreme Court of the United States. Currently, in Washington, D.C., President Donald Trump's nominee is going through the confirmation process.

McGrath thinks that's the wrong move. She believes the process needs to be paused for now.

"Right now, with 22 days until the election, we should let the people decide," said McGrath.

"Under the constitution, the president can nominate for a vacancy on the Supreme Court any time he so chooses," said McConnell.

The two candidates have different stances on many different issues. But when it comes down to it, McConnell believes the choice is about how much power Kentucky will have. He told voters if McGrath wins, she will vote to make Senator Chuck Schumer the Senate majority leader.

"Do you want somebody from New York to be setting the agenda for America? And not terribly interested in Kentucky?" asked McConnell. "Or do you want to continue to have one of the four Congressional leaders from our state, looking out for Kentucky, giving Kentucky an opportunity to punch above its weight?"

Meanwhile, McGrath encouraged voters to question whether that power has helped their lives.

Now, it's up to voters to answer their questions. And in 22 days, Kentucky will have an answer.